My favorite part of Thanksgiving weekend is either making and eating leftover stuffing waffles or digesting the Thanksgiving feast (that is, napping) on the couch in front of televised football on Thursday. If you are unable to watch the TV broadcasts of the three NFL games, you have streaming options. Each one is a bit different, however, since each game is on a different network.

When the games start

Here’s what you need to know.

You can stream this battle of NFC North rivals on the Fox Sports Go app, but you must verify your cable subscription. Fox Sports Go works with iOS devices, Android devices and the Amazon Kindle Fire as well as with the Apple TV, Android TV, Amazon Fire TV, Google Chromecast, Roku Samsung Smart TVs and Xbox One ($445 at Amazon). You can also access Fox Sports Go from a computer.

You can stream this clash of NFC East contenders on CBS All Access on your computer, tablet and the following streaming devices:  Android TV, Fire TV, Chromecast, Roku, PS4, Xbox One and smart TVs from Samsung and Vizio. CBS’s streaming service costs $6 a month with commercial breaks or $10 for no commercials, and there is a free seven-day trial.

NBC broadcasts Sunday Night Football games and includes this Thanksgiving nightcap of NFC South teams in its schedule. Despite streaming the using Thursday Night Football game, this game is not a part of Amazon Prime Video’s package. You can watch the game on NBC Sport’s SNF All Access if you are a pay TV subscriber.

If you don’t have a cable or satellite subscription, you can use a streaming service such as PlayStation Vue, Sling TV, DirectTV Now, Hulu with Live TV, YouTube TV or FuboTV— to watch the games on CBS, Fox and NBC, but channel lineups vary by service. For example, Sling TV doesn’t offer CBS. Also, live local programming is not available on all channels in all markets.

If you live in an area with good reception, you can get football games for free on over-the-air broadcast channels just by attaching an affordable (under $30) indoor antenna to nearly any TV.

For a breakdown of the NFL offerings for each streaming service, check out our guide to watching NFL games if you don’t have cable. 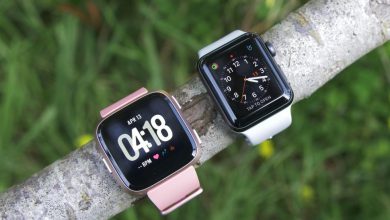 Make a GIF without that pesky Photoshop