Facebook Twitter LinkedIn Tumblr Pinterest Reddit WhatsApp
Chinese smartphone brand Gionee is in trouble and reportedly seems to be on the “verge of bankruptcy”. While the reason for Gionee being “almost bankrupt” is not official yet, a report by Chinese website Jiemian claimed that gambling habit of Gionee chairman Liu Liron seems to have taken a toll on the company. Gionee chairman Liu Lirong reportedly “lost over 10 billion yuan ($1.4 billion) while gambling at a casino in Saipan.” However, later the chairman admitted that “he had lost over one billion yuan ($144-million),” according to a Android Authority report.

The company reportedly has failed to pay supplier and it is looking at working separate deals. “Nearly 20 suppliers submitted an application for bankruptcy and reorganization of Jinli to Shenzhen Intermediate People’s Court after a few months of debt collection on November 20,” according to Jiemian.

Interesting, the Liron claims that he did no use Gionee’s money to gamble but admitted to may have “borrowed company funds.”

In India, it was recently reported in April that Gionee plans to invest around Rs 650 crore in 2018 as it looks to be among the top five smartphone brands in the country. “In 2018, we are looking to be among top 5 smartphones brands in India. We will increase marketing spend this year by approximately 30% compared to investment made last year. Our strategy is around capturing 20 per cent share in smartphones prices in the range of Rs 8000-20,000,” Gionee India National Sales Director Alok Shrivastava told PTI earlier.

Gionee made a comeback in the Indian market in April this year with the launch of the Gionee F205 and Gionee S11 Lite handsets. Both the handsets cater to the selfie-centric generation in the country and pack-in the basic specifications of a budget smartphone. 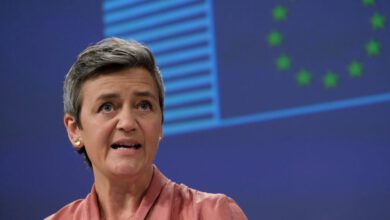