The influence of the biggest US tech companies is as powerful in Europe as anywhere else in the world. But what sets Europe apart is that the relationship is, to an extent, reciprocal.

Whenever a Silicon Valley company makes a move, the EU is watching over its shoulder to make sure it’s abiding by local laws, providing the best possible experience for European citizens and taking full responsibility for its mistakes. And if the companies want to keep operating across the continent, they have little choice but to comply.

This year, new scandals, new legislation and the resolution of years-long investigations across the continent meant that US tech giants have come under more scrutiny than ever before and have been forced to acknowledge Europe’s collective power. This shift has occurred as the world started to recognize the enormous potential harm these massive platforms can bring.

From a push towards more privacy to antitrust fines, here are the key ways Europe has made its presence felt in Silicon Valley.

When the news broke in March that consultants working for Donald Trump’s presidential campaign exploited the personal Facebook data of millions, the UK found itself inextricably caught up in the scandal.

The data consultancy firm at the heart of the revelations was UK-based Cambridge Analytica, and the researcher responsible for harvesting the data, Aleksandr Kogan, was an academic at Cambridge University.

But long after the shock of the revelations subsided, the UK still finds itself as Facebook’s most persistent agitator, demanding more and more answers from the company even though the issue is no long and front and center on the agenda of US lawmakers.

The UK’s Information Commissioner’s Office is the only data watchdog in the world to hit Facebook with a fine over its role in the scandal. The $645,000 penalty may seem small, but it’s the maximum fine the watchdog is allowed to hand out.

Parliament’s committee looking into fake news, led by member of parliament Damian Collins, is maintaining calls for Facebook CEO Mark Zuckerberg to submit to questioning (as he did before Congress and the European Parliament). If Zuckerberg enters the UK at the moment, he risks being subject to a formal summons, which could see him escorted to Parliament.

Facebook, for its part, hired former UK deputy prime minister and European Parliament member Nick Clegg to run its policy and communications team. The company hopes Clegg’s political experience in both the UK and the EU will help Facebook navigate the tricky waters ahead.

One of the issues Facebook could be up against in the coming years is an antitrust investigation into its ad business. The company has fallen foul of the EU’s Competition Commission before, having been penalized with a $122 million fine in 2017 for providing misleading information about its acquisition of WhatsApp.

Right now it’s a case of wait and see as to whether Commissioner Margrethe Vestager wants to investigate the company further.

Pretty much all of Silicon Valley has endured run-ins with Vestager at one time or another. Google, in particular, has been on the firing line. This year, the Competition Commission issued the company a record $5 billion fine over forcing phone manufacturers to bundle Google apps and services, including the Google Play store, on all Android phones.

Google is appealing the decision, but the EU’s ruling could have a knock-on effect on what apps and services come preinstalled on Android phones in the future.

The Android case was the second of three antitrust investigations the Commission launched into Google. The first, on the matter of how Google promotes its own shopping service above others in search, was decided in 2017. Google was hit with a $2.7 billion fine, but as recently as November its shopping rivals accused the company of failing to comply with the EU’s ruling.

The final investigation into Google AdSense is set to conclude next year.

In May this year, the EU’s sweeping new privacy law came into effect, after being overhauled so that it was fit for the internet world.

The General Data Protection Regulation changed the rules for companies that collect, store or process large amounts of information on residents of the EU, requiring more openness about what data they have and who they share it with.

For every company that handled European data, it meant making changes. Violations could result in penalties of up to 20 million euros, or 4 percent of a company’s annual revenue.

Why Google got slapped with a $5B fine by the EU

“GDPR has become a ‘de-facto’ international privacy standard,” said Forrester senior analyst Enza Iannopollo over email. “It has also shaped the privacy regulation that has followed and will follow.”

The regulation came into effect long after people’s data was harvested from Facebook’s platform by third parties for political purposes. If GDPR had been effect at the time, the company could have been slapped with a giant fine.

The company welcomed the introduction of the regulation, and even said it would go worldwide with the new protections it had put in place to comply with it, In spite of this, the UK Information Commissioner’s Office (yes, those guys again) referred Facebook to Ireland’s data protection authority in November over a potential violation.

Catalyst for US regulation?

Europe has long had a reputation for leading the way when it comes to regulating big tech, but now off the back of data scandals and the implementation of GDPR, it seems that the US could follow.

And it’s not just politicians calling for regulatory change — the tech companies themselves are leading the charge.

In October, Apple CEO Tim Cook made a passionate speech at the European Parliament saying he supports a comprehensive data privacy law in the US.

He praised the effective data privacy regulation enforced in the EU. “It is up to us, including my home country, to follow your lead,” he said.

Later on the same day, his sentiments were echoed by Facebook’s privacy chief, Erin Egan. “We support strong and effective privacy legislation in the United States and around the world,” she said. “We recognize the value of regulation of privacy.”

Members of Congress have shown interest in moving toward a federal law governing consumer privacy. In testimony last month, representatives of AT&T, Amazon, Google, Twitter, Apple and Charter Communications told lawmakers how they collect data and how regulation, if it comes to that, should play out.

Looking into 2019, proposals for US regulation could start to take shape, and it would come as no surprise if the rules were based, at least in part, on the European model. The California Privacy Act, passed in January 2018, was largely shaped by GDPR, according to Iannopollo, and she believes the same will be true of regulations in other US states too.

Momentum has been building in the French tech scene for several years, but 2018 was the year it fully came of age.

France is an important base for artificial intelligence and has a thriving startup scene. But it’s the ability of the President Emmanuel Macron to draw together leaders from across the tech industry and put his country at the center of the debate that has really made waves. He’s used his status to advocate heavily in favor of more regulation.

In May, Macron hosted the closed-door Tech For Good summit at the Elysee Palace in Paris. With 50 tech bosses in attendance, including the heads of Facebook, Intel, IBM, Uber, Microsoft and Cisco, the guest list read like a who’s who of the world’s most powerful leaders in tech.

“President Macron just got to the point — he’s very direct,” said Uber CEO Dara Khosrowshahi, speaking at the VivaTech conference in Paris following the summit. “He wanted me to demonstrate that we’re committed to France, that we’re not just going to come here and pull from France, that we’re going to invest in France.”

During a speech at the Internet Governance Forum in November, Macron issued a declaration dubbed the Paris Call for Trust and Security in Cyberspace. Designed to make the internet secure and trustworthy, it calls upon policymakers and the tech industry to work together to secure the internet and counted Microsoft, Google and Facebook among early signatories.

France has also shown it isn’t going to be pushed around by the tech giants. Just this month, the country said it wouldn’t wait for the EU to bring in Europe-wide tax rules aimed at the industry. It will begin taxing US tech companies at a national level starting in 2019.

Elon Musk has 'no respect' for US regulator

Spotify vs. Apple Music: Which one is better? 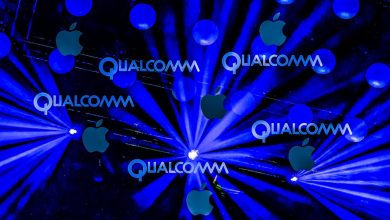 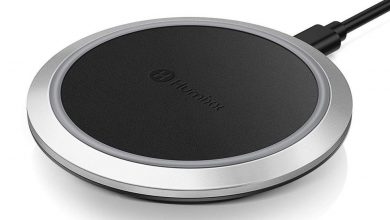 Apple AirPower is dead, but these alternatives are probably better anyway