Facebook Twitter LinkedIn Tumblr Pinterest Reddit WhatsApp
NEW DELHI: Pokemon Go players can now battle with each other. The much-longed for addition to the game has been rolled out with the new update. Trainer Battles — the PvP mode for Pokémon Go — can now be played.

With the new update, Pokemon trainers will be able to use the creatures to take on friends. So, all those efforts of over two years have not gone to waste and will come in use when you battle it out with your buddies.

Pokemon Go came out in the year 2016. Till now, battles were not there in the game. However, the new update changes things. According to the game developers, players will get special rewards for engaging in battles. And it won’t be the case of ‘might is right’ also as players with the strongest Pokemon won’t be the only ones scooping up all the rewards. The minimum required level to access the Trainer Battles is 10.

Mostly, both the rivals need to be in the same location, through the friend list or a QR code-scanning feature.

The matches this time will be quick yet focussing on strategy, say the developers. In their own words, “Timing is important, too. If you keep an eye on your opponent’s moves, you may be able to deploy a Protect Shield to save your Pokémon from taking critical damage. But you only have a limited number of Protect Shields before your Pokémon will be left defenseless against big attacks.”

On the other hand, the battles come with a few restrictions also. Players can fight in the same league with a limit to maximum power each creature can use and the option would be available to only those who have levelled up enough.

For those unaware, Pokémon Go is an augmented reality (AR) mobile game. It was developed and published by Niantic for iOS and Android devices. The game uses the GPS of the smartphones to locate, capture, battle and train virtual creatures, called Pokémon, which appear as if they are in the real world. Free to play, the game had about 150 Pokémon species which increased to over 420 by late 2018. 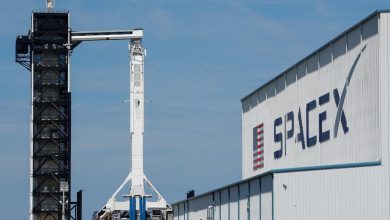 Google to invest data center and green energy in Denmark