Entrepreneur Elon Musk has unveiled a prototype underground tunnel in Los Angeles which is designed to transport cars at high speed around the city.

The tunnel is only a mile (1.6km) long at the moment but the goal is a network to ease chronic traffic congestion.

Modified electric cars would be lowered into the tunnel and travel at speeds up to 150mph (240km/h), Mr Musk says.

The tunnel has been built by Mr Musk’s Boring Company, which boasts state-of-the-art engineering techniques.

Mr Musk, best known as the head of Tesla electric cars and the commercial SpaceX programme, arrived at the launch on Tuesday in a Tesla car modified to work on the “loop” system.

He was cheered by a small crowd as he emerged from the car at one end of the tunnel bathed in green and blue interior lights.

How will it work?

The plan envisages modified cars being lowered into the tunnel network by lifts and then slotted into tracks on the “loop”.

“The profound breakthrough is very simple: it’s the ability to turn a normal car into a passively stable vehicle by adding the deployable tracking wheels, stabilising wheels, so that it can travel at high speed through a small tunnel,” Mr Musk said.

“The way the loop will work is you will have main arteries that are travelling at 150mph and when you want to go to an exit, you will have an off ramp,” he added.

“So you can travel the vast majority of your journey without stopping at 150mph and only slow down when you get to your exit, and then automatically transfer from one tunnel to another. It’s like a 3D highway system underground basically.”

It was almost a white knuckle ride. A bumpy two-minute journey in a modified Model X through a concrete tunnel with a blue neon light in the ceiling. We reached a speed of 49mph, although cars will eventually travel at up to 150mph.

Elon Musk later explained that the bumpiness was due to problems with a paving machine and that it would be “as smooth as glass” eventually. The vehicle was modified by adding two alignment wheels to keep it stable at high speeds and prevent it from hitting the side of the tunnel.

Mr Musk said the $200-$300 attachments could eventually be fixed to any fully autonomous electric vehicle, for use in the tunnel. They would not interfere with the vehicle’s normal operation.

“We used Tesla vehicles because I run Tesla. What I am going to do? Use someone else’s car?” he asked, smiling.

Alana Semuels, of The Atlantic, told the BBC World Service that Mr Musk had yet to unveil the technology that would allow vehicles to travel at such high speeds through the system.

“At first he said we’re going have these tunnels and transport people in pods, now he’s saying we’re going to transport them in cars, so I’m not sure even he knows how it works,” she said.

On Tuesday he said his Boring Company had built the tunnel segment for $10m (£8m), adding that traditional tunnel-building technology would have cost up to $1bn.

The tunnel runs beneath the municipality of Hawthorne, where the Boring Company and SpaceX are both based. 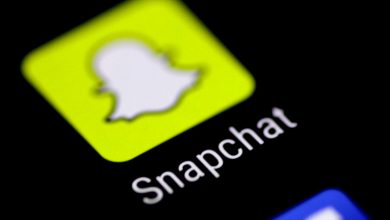 Snap CFO Stone to resign less than a year into role