Apple will be pulling iPhone 7 and iPhone 8 models from its stores in Germany following a win for Qualcomm in the District Court of Munich, which ruled that Apple’s devices were infringing on Qualcomm’s intellectual property related to power savings in smartphones.

The news comes after Qualcomm won a similar injunction in China that would have banned sales of older models, although Apple has already updated iOS for Chinese users with new animations to allow sales to continue. Per The Financial Times, Apple had apparently tried to issue a similar sort of software update earlier in the year to head off a potential issue in Germany (this time, related to how users can search contacts), but the latest ruling for power saving may be harder to solve, given that it’s seemingly a hardware problem.

The ruling marks the latest salvo in the increasingly escalating battle between Qualcomm and Apple, launched almost two years ago when Apple first accused Qualcomm of gouging prices for its modem chips. Qualcomm in turn launched a variety of lawsuits against Apple accusing it of violating its IP, which has led to the current fractious situation.

The Minut Point home alarm calls 911 for you

Amazon to lower some fees for third-party sellers

Mercedes-Benz embraces the touchscreen in the new version of MBUX 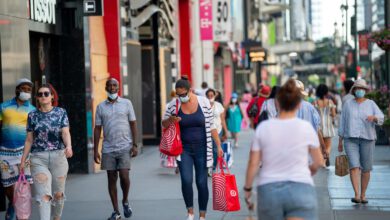 How do you offer with men and women who refuse to don a mask?