For Facebook, the year kicked off with the promise of a fresh start. “My personal challenge for 2018 is to focus on fixing these important issues,” CEO Mark Zuckerberg wrote, referring to the hate speech, foreign interference, and concerns over smartphone addiction that had defined the company’s previous year. “We won’t prevent all mistakes or abuse, but we currently make too many errors enforcing our policies and preventing misuse of our tools. If we’re successful this year then we’ll end 2018 on a much better trajectory.”

Nearly 12 months later, the company has taken several important steps to curb the worst behavior that takes place on the platform. The US midterm elections, which tested Facebook’s ability to defend against foreign intrusions, passed largely without incident — an important milestone on the company’s quest to rebuild trust after the 2016 presidential election.

Despite those efforts, Facebook had a catastrophic year. Whether you’re evaluating the company by its financial performance, its public perception, or its ability to contain and avoid scandals, the company will end the year in worse shape than it began. In the aftermath of the 2016 US election, Zuckerberg has long said fixing the platform is a three-year project. But the cumulative effect of this year’s news was to cast doubt on whether that project would be completed on time — or at all.

Facebook began the year with a major change: shifting the balance of posts in the News Feed away from publishers and back toward friends. The stated goal was to increase the number of “meaningful interactions” on the platform, while discouraging mindless thumbing through the feed and tapping on sensationalized stories. It was a noble goal whose impact was blunted by a larger trend: the general decline in posting to the News Feed. There was less clickbait in the News Feed in 2018, but increasingly our eyeballs were moving elsewhere — with group chats and Instagram stories leading the way. The News Feed remains enormously consequential, but it’s also now a legacy product — a fact highlighted by the fact that the person running it at the start of the year, Adam Mosseri, was moved to run Instagram a few months after this change was made.

In the spring, Facebook was rocked by the biggest public relations crisis in its history — the Cambridge Analytica data privacy scandal. A political consulting firm had illicitly obtained the personal information of tens of millions of Facebook users and used it in an effort to tilt the 2016 election in favor of Donald Trump. While the broad outlines of the story had been known for years, new information from a whistleblower launched the story onto the front pages of newspapers around the world. Company executives said nothing for days as outrage grew, and eventually Zuckerberg was called to Congress to explain what Facebook knew, and when. Ultimately, Facebook moved to further lock down its developer APIs — but not before various governments and regulatory agencies launched investigations, several of which are still ongoing. Just this month, the attorney general of Washington, DC, filed suit against Facebook alleging the scandal had resulted from lax privacy standards.

If Facebook’s precise on the effect of the 2016 election will be forever unknown, foreign governments continued to find the service a useful tool for various information operations — some of which were directed against their own citizens. In March, the United Nations said Facebook had played a role in inciting violence against the minority Rohingya Muslim population. That included a series of posts from the Burmese military so inflammatory that, by the year’s end, Facebook had banned 60 accounts connected to government officials. Meanwhile, Libya, Iran, the Philippines, and Bangladesh were all found to have built troll armies to spread propaganda and target government critics for harassment.

One way Facebook responded to increasing public pressure was to shake up its inner circle of top executives, which had remained largely unchanged for the better part of a decade. Elliot Schrage, its head of policy and communications, said he would leave after more than 10 years at the company. (He has stayed on pending the arrival of his replacement, former UK lawmaker Nick Clegg.) Colin Stretch, the company’s top lawyer, left, as did Alex Stamos, its head of security. Jan Koum followed fellow WhatsApp founder Brian Acton out the door; Acton tweeted that “it is time” to delete Facebook. In the fall, Instagram cofounders Kevin Systrom and Mike Krieger left the company six years after it was acquired.

But even with new executives at the reins, the company’s stumbles outpaced its efforts to regain user trust. In September, the company disclosed it had suffered its largest data breach in history, with the login information for 50 million people stolen by hackers. And it released a series of products requiring an ever-more complete annexation of our personal data: Messenger Kids, targeted at children as young as 6; Portal, a smart speaker with a wide-angle camera and always-on microphone; and a dating feature, now in testing in several countries.

Despite the scandals, Facebook remains an extremely wealthy company

These events — and many I haven’t mentioned here, but which I chronicle in a daily newsletter — took their toll. After years of steady growth, the stock began to decline this year. In part, this was because Facebook is running out of customers: the company has reached almost every person in North America, and has few other places to grow that are as lucrative. But others are deleting their Facebook accounts, or simply using it less. And it’s unclear whether the growth in Instagram and Facebook’s broader suite of “stories” products will fully make up for losses elsewhere.

Facebook remains an extremely wealthy company, and has many talented employees doing their best to shore up its weaknesses. But a year in which the company promised to turn a corner saw Facebook repeatedly tripping over its shoelaces. And the “better trajectory” Zuckerberg hoped to find as the year began was increasingly difficult to see as it came to a close.

The 10 best games for your new Xbox One 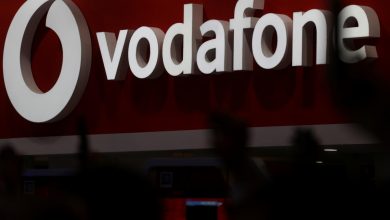 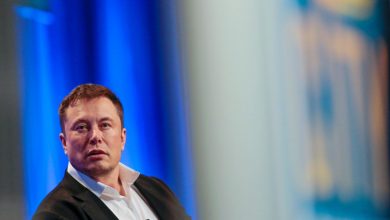 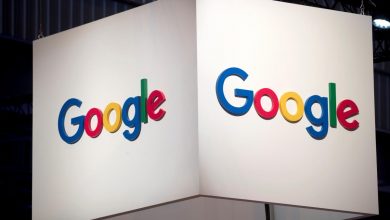 Google can limit right to be forgotten to EU: adviser to top court