In an era where everything is controlled by touchscreens and oblique voice commands, there’s something incredibly satisfying about a gadget with simple, tactile controls. That’s probably why designer Chris Patty’s homemade jukebox looks so charming: it’s controlled by physical cards, each printed with an artist and album art on the front, that you swipe to play a song.

Patty created the jukebox as a Christmas gift for his father, after his family decided to only swap handmade presents this year. He later posted a short video of the creation to Twitter, where he’s received enough positive responses that he’s working on an open source version of the software and instructions so that fans can make their own.

“I think [the response] speaks to a shared displeasure with the current state of our music services,” Patty tells The Verge in an email. The limitless libraries inside Apple Music and Spotify cheapen the experience, he says. “There’s something about the limiting factors of physical media that force you to choose … the music that is most meaningful. And that kind of curation, I think, is something we all deeply miss.”

“It’s been used far more than their streaming services.”

The device’s design is deceptively simple. Inside the box is a speaker controlled by a Raspberry Pi, loaded up with Patty’s software. All the songs are stored locally on an SD card, and they’re pulled up whenever their associated card is swiped.

Patty had intended to use NFC cards that could just be tapped to the speaker, but ended up going with credit card-like magstripe cards because they were cheaper. “And it actually turned out being weirdly satisfying to swipe the cards in a way that contactless cards didn’t have,” he says.

Printing artist information directly onto the front of the cards cards would be expensive, Patty says, so he ended up printing glossy labels and then adhering them to the front of each card. “It’s the same sheen as the cards so you actually can’t even tell,” he says. The cards don’t contain any fancy code, either. Each one came with a pre-set ID code, and the software is just set up to connect that code to a specific song.

“This is easier to make than y’all think,” Patty wrote on Twitter.

Patty says he came up with the gift because he thought a “a tailored, physical music collection would be a meaningful gift.” He already does programming work, so the harder parts of building the device ended up being more related to its physical elements, like designing an enclosure that could also house the cards. He plans to make a digital design of the housing that people can 3D print their own.

“My parents own a Google home and have Spotify accounts,” Patty says, “but in the days since I gave my dad this gift, it’s been used far more than their streaming services.” 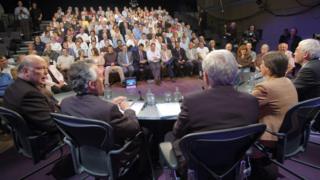 Question Time and Doctor Who among ‘most tweeted about’ BBC shows 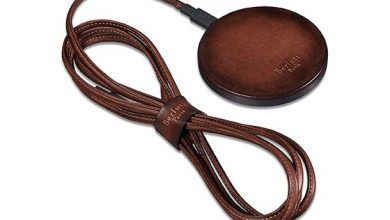 This $780 leather-covered wireless charger isn’t meant for you 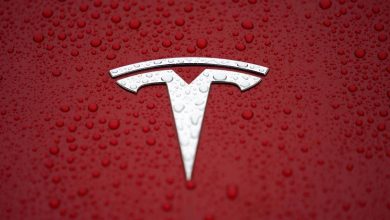 Tesla enters into agreement with Chinese lenders for Gigafactory