Every January, tech companies flock to CES in Las Vegas to show off their latest wares — and create the biggest buzz around their brand humanly possible by dreaming up gadgets of the future. Many of those far-out concepts are never seen from again, as companies bite off more than they can chew.

But sometimes, companies surprise us by actually shipping them, too.

Today, on the eve of CES 2019, let’s see what happened to last year’s most intriguing new technologies.

We called it our Best in Show last year, because it seemed to deliver on the dream: a fingerprint sensor that lives underneath your phone’s display, meaning no need for a divot on the front or back of your phone to disrupt its curves or complexion.

It wasn’t vaporware. At least three phones have now shipped with the tech, including handsets from both Vivo and Xiaomi. But good luck buying them in the west. And last we checked, you can only find the tech on special, pricier versions of those phones like the “Explorer Edition” of the Xiaomi Mi 8 or the Vivo X21 UD. (The Huawei Mate 20 Pro, which we called “The best phone America can’t get,” has a in-display sensor from Goodix instead.)

Still, though we found the first generation of the tech a tad slower to unlock than traditional fingerprint sensors, we’re already testing a new-and-improved version that’s basically indistinguishable from a regular one now. Maybe we’ll see a true proliferation of under-display fingerprint sensors this year.

I dare you to convince me why I’d want a giant TV that rolls up like a newspaper — please, please give me a rollable tabletphone instead — but that didn’t keep LG’s rollable TV from dropping jaws at CES last year. We didn’t honestly expect LG to turn the far-out prototype into a product, but we’re now hearing reports that the company is doing just that at this year’s CES. TV today, tablet tomorrow? Pretty please, LG.

Imagine having a 65-inch 4K HDR gaming monitor with 120Hz refresh rate and Nvidia’s G-Sync for the biggest, brightest, smoothest picture for your PC games ever. That’s what Nvidia was promising its BFGD (Big Format Gaming Displays) would deliver by the end of summer, which it quickly clarified to “end of year.” But the year has come and gone without a word from Nvidia about what happened to the TV-sized PC screens.

If I had to guess, Nvidia and partners are still trying to figure out how to make them not cost a fortune — an HP product manager told PCGamesN that their version might start at $4,000 — and Microsoft is still figuring out how to make HDR not suck on PCs. I plug my desktop into an HDR TV weekly, but I’ve run into so many issues that I keep it turned off.

Weird Sony is best Sony, and the company has a remarkable track record for actually shipping some of the craziest gadgets it’s produced. So it’s not too much of a surprise that the company’s adorable robot dog companion Aibo, spotted at CES 2018, went on sale in the US this September and started shipping there this past month.

You can’t just up and buy one — there’s a waitlist for the so-called “Aibo First Litter Edition,” which cost $2,899 a pop — but the Nikkei reports that the company’s factories had already shipped 20,000 units into Japan as of July, and had figured out how to produce thousands more of the synthetic puppies each and every month.

We never believed for a moment that Razer would truly produce a zany docking station to turn the Razer Phone into a full-size laptop — it says “Project” right in the name — but Razer CEO Min-Liang Tan did once tease that his flashy Project Linda CES prototype could become a real product. Plus, Slashgear claimed to have an inside source who said it could launch at the same time as the Razer Phone 2.

But the Razer Phone 2 announcement came and went without Linda in tow. Also, the new phone didn’t improve on the original nearly enough, and Razer’s phone boss left the company the very same month. Don’t hold your breath for this one.

Current status: Shipped — but you can’t buy one right now

“Electric scooters are basically a dime a dozen these days. But few companies have been able to scoop up all the things that people like about them — solid range, fun to ride, smart features — and put them all together in a well-built package like California company Ojo Electric,” we said at CES 2018.

That’s why we called the $2,000+ Ford Ojo the best scooter of last year’s show, and the Ojo genuinely went on sale broadly at retailers including Amazon, Best Buy and Newegg — only to disappear from their shelves more recently. What happened? A Ojo spokesperson tells us it simply sold out of the scooters for now. But also, the company’s pivoting a bit to beef up its scooter rideshare service to compete with the likes of Bird, Lime and Uber. The company still has a new folding scooter on the way, but it sounds like the company might prefer to rent, rather than sell, to the public.

Current status: Children with cancer are getting their robot ducks

Remarkably, Sony’s Aibo wasn’t the only robotic companion that touched hearts at last year’s show: the pup was arguably overshadowed by an Aflac duck designed to comfort children with cancer. In a remarkably heartwarming move, the insurance company promised it would deliver the touch sensor and RFID-equipped toy ducks, free of charge, to any child newly diagnosed with the cancer in the US.

And it sounds like the company is delivering on that promise: an Aflac spokesperson tells The Verge the company started shipping out the ducks in October, and has sent 1,956 of them to cancer patients to date. The company says it’s provided ducks to children across 31 states, at a cost of over $3 million (including the initial R&D).

Current status: Awesome — but few companies are using them

At CES 2018, the fruits of an unholy matrimony between silicon rivals Intel and AMD were revealed — an Intel processor with power-sipping integrated graphics beefy enough to rival standalone chips from Nvidia. We saw a more powerful version in Intel’s Hades Canyon NUC, a tiny box powerful enough to run the latest games at 1080p, not to mention VR, and a less powerful version in Dell’s XPS 15 2-in-1 — an intriguing product in and of itself — and HP’s latest Spectre x360.

The good news? Both the XPS 2-in-1 and the Hades Canyon NUC (click to read our reviews) turned out to be fantastic, unique products that delivered on the promise of power in an incredibly small or thin package. The bad news is that months later, they’re still unique — unless we missed it, not a single manufacturer has stepped up to build another such PC. Even Apple, which added AMD Radeon Vega graphics to the latest 15-inch MacBook Pro, opted for a discrete graphics chip.

Current status: On sale — but not on your fingernail

L’Oreal made headlines at CES 2018 with a wearable so tiny it could fit on your fingernail — a sticky, battery-free sensor to keep your skin’s UV radiation dosage in check. But the product’s final form doesn’t actually stick to your fingernail! It’s a clip-on. I suppose that’s more practical, but it’s just not quite as cool.

That device started shipping in November for $60, exclusively at Apple stores, though it works with both Android and iOS phones.

If you walked away from last year’s CES coverage imagining you’d be able to cover an entire wall with a massive, modular, 146-inch TV rivaling the picture quality of OLED, we’ve got some bad news — Samsung has moved the goalposts for its attention-grabbing “The Wall” TV so many times that it’s not clear what it’ll be like when or if it finally comes to market.

What does the wall even mean anymore

First, the promised “spring” release window got pushed to August. Then in June, it decided it’d be shipping The Wall to businesses first instead, with the first commercial installations going live no sooner than the third quarter of 2018. More recently, the president of Samsung Display started downplaying the idea of “The Wall” being a TV at all, but rather modular panels that could be used to form a variety of different screens.

But the company still seems to have plans to ship some sort of actual modular MicroLED TV. Samsung said in July that it’ll produce a version for people’s homes, with thinner panels than we saw at CES, sometime in 2019.

I’m glad we were appropriately skeptical about the attention-grabbing, laundry folding robots Foldimate and Laundroid, because after two years of not-wholly-impressive CES demos, they still don’t look like they’ll be shipping anytime soon.

To be fair, Laundroid never told us that its $16,000 robot would ever necessarily go into mass production, and Foldimate has until the end of 2019 to meet its most recent promise of shipping a simpler, $980 model that only folds clothing after you carefully feed it into the machine.

But the most recent word from Foldimate is that they’ll merely be bringing yet another prototype to CES this year, and Laundroid’s latest update is that it’s raised another ¥1 billion in funding (roughly $9.2 million) for more research and development. Plus, Foldimate’s website is crystal clear that both the price and release date are subject to change. Better than releasing an unfinished product, though.

We thought they’d shake up the audiophile world. We could have been right. But the Sennheiser HD 820’s eventual audio quality didn’t live up to their bold promises and transparent, instantly iconic design. Instead of getting Sennheiser’s legendary sound in a package suitable for private listening (thanks to a beautifully sculpted but ultimately ineffective closed-back configuration) we got a pair of lovely looking headphones that didn’t quite achieve either goal.

They might have been the most promising new headphones we saw at CES 2018, but that doesn’t mean they’re worth your money now.

When Samsung engineers get Samsung’s blessing to spin out a startup that promises to let us take calls with an invisible phone, you’d best believe we’re paying attention. But after two years and nearly $1.5 million in Kickstarter cash, Sgnl isn’t looking like the crowdfunding darling we’d hoped.

Many backers are demanding refunds

Though the concept wristband — it sends sound to your ears by firing vibrations along your wrist — seemed to work when we tried it at CES 2018, the startup’s had an awful lot of trouble shipping a device that actually works. The company’s Kickstarter page is filled with furious comments from backers still waiting for their device months after the company’s CES promise of shipping in March — or worse, complaining that the bands they received don’t work well enough to actually use.

Developer Innomdle Lab’s latest update, in October, admits that “many of the backers who have received the strap product so far have had problems with sound leakage and echo” and promises it’ll work hard on fixes. But that was months ago, and backers are understandably angry that Samsung is spinning the crummy situation as a success story. 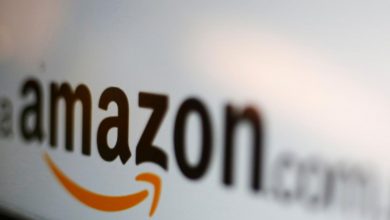 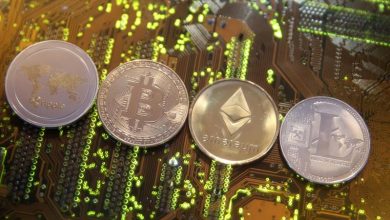