It happens. Smart home gadgets come out faster than we can test them, and we end up late to the review. It’s a busy beat!

Never has this been more true than with LaMetric Time. First conceived nearly six years ago, the customizable, pixelated desktop clock that can display smart home alerts and social notifications went on to secure funding on Kickstarter, and is now available at a much-too-steep $199. It always struck me as a nifty-looking novelty that cost way too much, so we never got around to testing it out.

Things changed at CES 2019, though, when LaMetric resurfaced with a new product: pixelated LaMetric Sky LED wall panels that can either serve as an elegant, abstract art piece or, if you arrange enough of them into a rectangle, as a wall-mounted version of the Time’s notification center. They looked great in person in Las Vegas, and the pixelated approach lets them do things that the current top name in LED wall panels — Nanoleaf — can’t.

Pricing on those panels isn’t set yet, but LaMetric’s team tells me that they’re aiming to compete with what’s already available, which would peg them at somewhere around $200 for a starter kit.

All of that suddenly makes the Time interesting — if only to get a sense of the features that might translate well to your walls, as well as the potential hiccups that could derail the idea altogether. Six years in and still 200 bucks, the Time still costs at least twice as much as I’d be willing to spend on it, but with terrific-looking wall panel versions coming at the end of the year, this amped-up desk clock merits a closer look.

Definition of a desktop doodad

The LaMetric Time is an unassuming-looking black bar of plastic with a pixelated LED display on its front face and a trio of buttons up top. Plug it in, and it’ll start broadcasting a Wi-Fi signal. Download the LaMetric app, connect with that signal and sync it up with your home network, and you’ll be able to customize and control the display right from your phone.

Your options are pretty vast, with a long list of user-created, Time-specific “apps” that you can download from within LaMetric’s smart phone app. Each one enables your Time to show you something new. Usual suspects like Twitter mentions, Facebook likes and Slack notifications are all accounted for, along with apps for weather updates and breaking news headlines and others that will display a countdown timer or a stopwatch.

Other apps let the Time move beyond passive display in order to take a more active role. For instance, smart home apps for brands like Philips Hue, Lifx and Nest let you see the status of your gadgets at a glance, then turn things on or off with the press of a button. A built-in internet radio app lets you pick your favorite streaming stations and play them through the speaker built into the device (I programmed mine to stream Live Phish Radio with just a tap). And yep, this thing works pretty well as an alarm clock, too.

You can cycle between all of those app functions by pressing the left and right buttons on the top of the device, or you can set the LaMetric Time to cycle through your apps automatically. I found the latter approach to be a bit distracting on my desk at work as I tested this thing out, so I ended up leaving it locked on the main clock display, with notifications for things like Twitter mentions or new emails from the boss only showing up as they occurred.

That main, default display also lets you pick a custom icon from an extensive library of user-created options. If none of those work, you can create your own, complete with surprisingly simple controls for animating it.

All of that makes it really easy to personalize the LaMetric Time to your specific interests — but if you really want to unlock its full potential, you’ll need an assist from IFTTT.

Samsung Galaxy S10 rumors and facts: Feb. 20 launch, Snapdragon 855, 5G and foldable display plus everything we know about specs, features and price 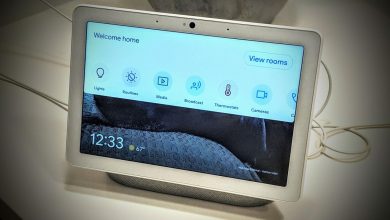 Google and Nest combine into a new smart home brand 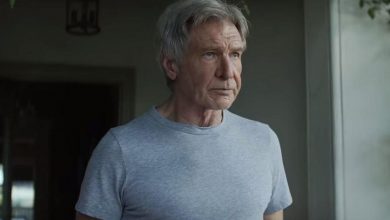 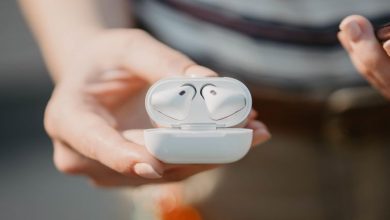 How to cook Thanksgiving turkey outside without an oven