But that doesn’t stop me living in constant fear that someone will bust into my house, run into my bedroom and scream “nudie rudie!” just as I’m trying to zoink out of a sports bra, post-’80s aerobics class, wearing nothing else but one tired running shoe and some daggy old leggings.

Apparently, my fears are unfounded.

Not because I live in a house with barred windows and double locks that could keep out hordes of zombies, not to mention fictionalised fear amalgams hell-bent on taking photos that no one would ever want to download.

No, because one of the richest men in the world just confirmed what we all sort of already suspected: Nudes are officially NBD.

On Thursday, the founder of one of the biggest tech companies in the world and a man worth a cool $140 billion, Jeff Bezos, jumped up on the internet’s soapbox (aka Medium) to say that “top people” at AMI, the parent company of the National Enquirer, were threatening to leak nude photos of him. The post was enticingly titled “No thank you, Mr. Pecker” (in reference to the head of AMI David Pecker, and not what the internet was internally screaming at — the thought of mogul nudes).

Not only that, Bezos reprinted the alleged email containing the threats, detailing exactly which photos were out in the wild and the various states of undress they displayed. (It is reassuring to note the National Enquirer maintains its style guide even when sending legal threats — but I don’t want to see the phrase “nether region” again today.)

Instead of throwing his phone out the window, burning his computer and becoming a never-nude, Bezos did the, shall we say, “ballsy” thing and shared his private indignity with the world. And it’s a sign of the times.

While “nude” was once the nomenclature for the works of the Old Masters, hewn from perfect white marble and lining the halls of the Musee des Beaux Arts, “nudes” are a much less refined affair these days.

“Nudes” are somehow both dimly lit and garishly illuminated with an LED flash that shows how much dust you have on your bathroom mirror and how many dirty clothes you have in the background (guys, it’s called a clothes hamper — hide your shame). “Nudes” are all angled selfie cameras, hastily-applied filters and cellphone photoshop jobs that make you look swol in all the wrong places.

Subreddits like “Gone Wild” — where civilians post naked photos of themselves for upvotes — are so commonplace they get tweeted out by celebrities like Zach Braff. Sexting is in schools (as many as one in seven of them) and the call for nudes on dating apps has become this generation’s A/S/L.

There’s no doubt nudes are also incredibly toxic. The sharing of intimate photos is an overwhelmingly gendered phenomenon that is used to abuse and victimise people, often women. For every cheeky consensual photo sent via text, there are women sent unsolicited dick pics before being abused for not responding. Women who are demonised for having the gall to share nude photos of themselves in the first place (and for daring to think they’re looking pretty fit today, thank you very much).

But when the CEO of Amazon can essentially give consensual nude photos a big “so what?” are they really shocking anymore?

In his blog post, Bezos said of the blackmail attempt, “If in my position I can’t stand up to this kind of extortion, how many people can?”

But he might as well have said, “If in my position as a thirsty, newly-single, 55-year-old man I can’t send a nude to my girlfriend, how many people can?”

Bezos is at once acknowledging he is in a position of immense privilege, to be able to hire private investigators to get to the bottom of AMI’s claims and choose whether he wants to cave on their threats. Couched as it is in terms of defending the power of journalism, Bezos also makes the argument for coming clean for the greater good.

But also, on a purely flippant level, if the CEO of virtually half the internet can’t send a sassy dad-bod-shot, who can?

Just like that other hero of the Musee des Beaux Arts, we might have expected an Icarus-like fall from Bezos. But really, we now have a tech tycoon who has just admitted he’s not a winged deity, just a very naughty boy.

Bezos is well within his rights to send consensual photos to his love interest. Just as it will be well within my rights to stay the hell away from looking at them.

I know Amazon is good at delivering packages, but I’m good today thanks mate.

CNET Magazine: Check out a sample of the stories in CNET’s newsstand edition.

‘Alexa, be more human’: Inside Amazon’s effort to make its voice assistant smarter, chattier and more like you. 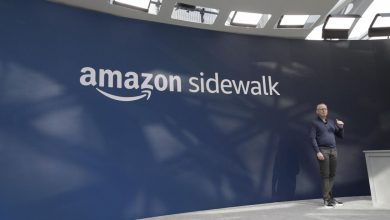 Amazon Sidewalk extends your network range, but security is already in question 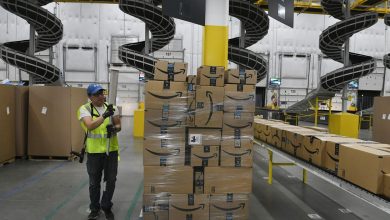 Amazon’s next-day shipping ambitions are costing it a fortune 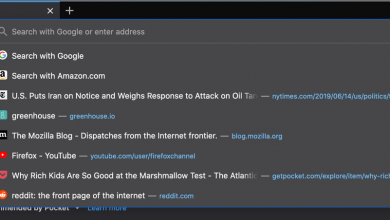 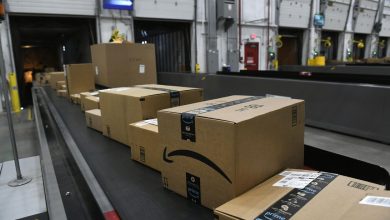