The Apple Watch Series 4 is packed with new features: an FDA cleared electrocardiogram (EKG or ECG), a faster processor, better screen and louder speaker wrapped in a sleeker exterior. But the best thing about Series 4 may be the fact that it’s made the Series 3 that much more affordable. The previous generation of Apple’s smartwatch shares a lot of the same specs that make the Series 4 great, and the aluminum version is $130 cheaper. So, which one is right for you?

Obviously, if you don’t mind paying more, you should get the Series 4. And if you want a much more affordable option, you’ll want to opt for the Series 3. (In fact, it’s on sale right now at Amazon: $229 for the 42mm model.) Note that CNET may get a share of revenue from the sale of the products featured on this page.

However, for those of you who want to know the differences in detail, keep reading.

At first glance, both the Apple Watch Series 4 and its predecessor seem to share the same basic design: square watch face with rounded edges, swappable bands and a variety of metal finishes to choose from in two sizes. To spot the differences we need to take a closer look.

The Series 4 has a slimmer body, but its screen is actually 35 percent larger than the 38-millimeter version of the Series 3 and 32 percent larger than the larger 42mm Series 3. The screen on the Apple Watch 4 has grown to 40mm and extends almost edge to edge with rounded corners, contrasting with the thicker bezels and square corners of the Series 3. This means you’ll have more finger space to type in your passcode on the 4. Plus you have more watch faces to choose from.

The Series 4 takes advantage of the extra screen real estate by adding more watch complications on some of the watch faces allowing you to see more information at a glance. It also seems brighter and sharper than the previous model and was easier to read in direct sunlight.

The Series 4 feels more comfortable when pressed tightly around the wrist. The optical heart rate sensor has now been reduced to a single dot outlined by an electrical heart sensor. That’s used to power the EKG feature, along with a second electrode on the digital crown.

Despite the slight size difference, both watches still use the same sized bands which you can swap out to get a totally different look.

Audio in general sounds better coming from the speakers on the newer Series 4. Its speaker is now larger and 50 percent louder, according to Apple. Apple also switched up the position of the microphone, which is now located opposite the speaker between the digital crown and the home button, making calls sound clearer.

You’ll also notice a slightly different feel when using the digital crown. The Series 4 has added haptic feedback when you use it to scroll, which has a slightly more satisfying feel, though probably not a game changer for most people.

Also worth noting that only the Series 4 comes in the stainless steel option (at least on the Apple Store). The Series 3 is only available is Space Gray and Silver aluminum finishes.

Which Apple Watch has the faster, smoother experience?

The Series 4 has a faster 64-bit S4 processor, which Apple says is twice as fast as the previous version. In theory this means it will probably give you a slightly smoother and faster experience, but to be honest I didn’t notice too much of a difference for most basic tasks like activity tracking and notifications. Other than that, the software and user experience should be exactly the same.

Every Apple Watch, with the exception of the first generation Apple Watch, received the update to WatchOS 5. The update added a handful of new features like automatic workout detection, Siri shortcuts, a walkie talkie app and the ability to stream your favorite podcasts.

Which Apple Watch has the strongest connectivity?

According to Apple, the new black ceramic and sapphire back panel on the Series 4 Watch makes it easier to transmit and receive radio waves. This is supposed to translate into better cell connectivity for you.

Don’t expect iPhone level connectivity on either Apple Watch. Both my watches were on different carriers, so I didn’t get a chance to compare them in the wild, but in general I found the Series 4 to be pretty reliable when I taking calls or streaming music phone-free. Summoning Siri on the other hand was a different story and I was constantly met with a “Hold on…” response on both.

This only really matters if you’re planning on getting the LTE-enabled versions which cost $100 more than their Wi-Fi counterparts. The Wi-Fi versions should be the same in terms of connectivity.

Which Apple Watch is best for fitness?

If your main concern is fitness, there are two key reasons to splurge on the Series 4: the larger screen and the — spoiler, see more below — longer battery life. At least those are the key reasons for me.

I like to check my pace and heart rate while I run, and having that larger, brighter screen really helped. I didn’t have to take my eyes off the road for long to check my stats. With the Series 3 it’s a bit harder to see and I would have to slow down to check. Same can be said with just about any other outdoor sport like cycling or swimming where quick access and clear visibility is key.

That said, they both share a lot of the same great running and fitness features that came with WatchOS 5 like the pace alerts, which give you a gentle nudge when you go above or below your target, and automatic workout detection which lets you start an exercise without having to set your watch. This last feature though only applies to running, walking (indoor or outdoor), swimming (open or pool), elliptical and rowing machine.

Battery life that holds up on those long workouts

After wearing them during my regular work days — which roughly consist of a mile-walk to work, sitting mostly in front of a computer, the walk back, a 30-minute run or pilates class and chasing after a toddler — I didn’t notice too much of a difference between the battery drain.

Mileage may vary for you, but both my Series 3 and the Series 4 survived with just about 40 percent juice to spare after I collapsed in bed at the end of each day, with the Series 4 usually ahead by a few percentage points. I was wearing the smaller versions of each with LTE turned on, but no calls or music streaming directly on the watches.

But on weekends, when I’d go on longer hikes or runs, the difference was more pronounced. According to Apple, the Series 4 lasts for about six hours of continuous exercise compared to the Series 3 which goes for about four. To be clear, that’s if you’ve started a workout in the exercise app.

I even went on a 6-hour hike up Mount Tamalpais near San Francisco with both of them to test the claim (make sure to check out the video for the play-by-play). And sure enough, the Series 3 died a few minutes past the 4-hour mark, while the Series 4 kept going well beyond the 6-hour claim. I ended the hike at about 6 hours and 20 minutes, and still had enough battery to get me through my 30-minute commute back home before finally dying.

The Apple Watch Series 4 delivers on its fitness promises

To be fair, I don’t go on too many 6-hour hikes — at least not without some kind of break in between — but if you do hit the trails on the weekend, or train for longer distance races, those extra hours of charge definitely come in handy. While the Series 4 is no Garmin or Polar smartwatch which can last you through an Ironman, the Series 3 would barely make it through a full a marathon.

One of the most important new features to come to the Apple Watch with the Series 4 is the FDA cleared EKG feature that can help users screen for potentially life threatening medical conditions like Atrial Fibrillation (AFib) which can increase your risk of stroke.

The EKG even helped me detect a slight irregularity in my own heart rhythm during a cardiologist visit. Nothing too serious, but still worth me knowing about. It’s the only direct-to-consumer device that can do this at the moment, and for some that could be worth its weight in gold.

We tested the Apple Watch EKG against a hospital EKG

That said, the Apple Watch Series 3 does share some other great heart health features with the Series 4 that don’t require the EKG. They can both alert users if they detect abnormally high or low heart rates during a period of inactivity, features that have helped multiple users catch some pretty serious medical conditions.

With the update to WatchOS 5, even older Apple Watches (Series 1 and later) got the irregular heart rhythm notification. The feature takes a look at the space between heartbeats and can flag if it’s indicative of AFib.

But only the Series 4 can provide the additional EKG data for a doctor to get a more detailed look at the electrical activity happening in the heart. Most doctors will still require a traditional 12-lead EKG to diagnose a heart condition, but it provides a much richer picture than what the optical heart rate can show. The EKG on the Series 4 is equivalent to a single lead EKG.

The other big health feature unique to the Series 4 is fall detection. It has an improved accelerometer and gyroscope which allow it to detect when the user has taken a bad fall. If the user is unresponsive after a minute, the Apple Watch automatically calls emergency services, plays a message that tells them the user has fallen and shares their current location.

The Watch also shares the location with emergency contacts if they’ve been programmed in ahead of time. This feature on the Apple Watch Series 4 was recently credited for saving a 67-year-old man’s life in Norway after a night-time fall that left him unresponsive on his bathroom floor.

Most bang for your buck

As I said earlier, the Series 4 is your best buy if you don’t mind paying up to $130 more, but if you’re trying to save some cash, or you already have the older model, then stick to the Series 3.

Which Apple Watch should you buy?

When it comes to watches, and technology in general, there’s no one-size fits all answer. It really comes down to each person’s needs. Your use case may be completely different to mine, but at least now you have a better idea of what you’d be getting from each.

The cheapskate in me would probably end up sticking to the Series 3. As a generally healthy 30-something, the Series 3 has just about everything I need from an Apple Watch for about $130 less than what I would spend on the Series 4.

I could put the saving toward the more expensive LTE version for phone-free runs, or spend it on an extra watch band to dress it up. But if money weren’t an issue, I would no question go for the Series 4, because of the larger screen, better battery life and added health features.

And those added health features on the Series 4 could be even more valuable for certain people, especially if you’re above the age of 65 and want that safety net that comes with the fall detection and EKG features. Either way you can’t go wrong, both are great options if you’re ready to add some tech to your watch and keep tabs on your ticker. 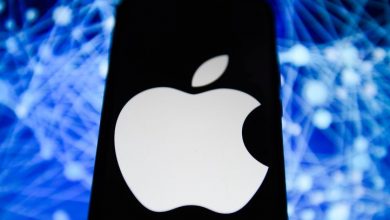 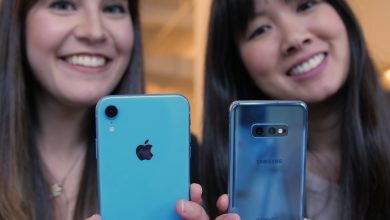 iPhone XR vs. Galaxy S10E: How to choose the best phone video 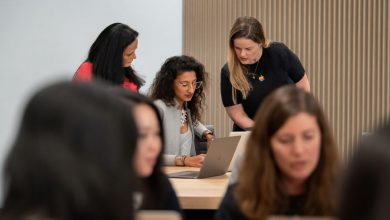