In February of 2018, Samsung told us it had a Bixby smart speaker in the works. Scheduled to arrive by the end of 2018, the new voice-activated device would seek to bring Bixby into your living room — and to try and play catch-up with Amazon’s Alexa and the Google Assistant.

Later on, in August, Samsung finally gave us a look at the cauldron-esque device. Dubbing it the Galaxy Home, the Korean conglomerate told us to expect more details in November.

November arrived, and Samsung offered a few new teases about the device. We learned that it’ll “steer” sound towards the listener, for instance, and that Samsung will open its software to outside developers to find new ways of putting it to use.

Yes, yes, very good — but when the heck is this thing coming out, and what will it cost?

It’s 2019 and we still don’t know. Samsung didn’t say back in November, and it didn’t have any Galaxy Home announcements back in January at CES, either. Today, at Samsung’s Galaxy S10 Unpacked event, we heard an awful lot about new smart phones both foldable and otherwise — but, again, it was complete crickets as far as the Galaxy Home is concerned. Samsung didn’t even  mention the thing.

For now, here’s a recap of what we do know about this yet-to-be Bixby speaker:

It’ll ‘steer’ sound towards you

The Galaxy Home features Harman speakers and subwoofer hardware on the inside, but it’s Samsung’s software that might really help set the thing apart from the competition. Namely, a feature called “sound steering” will aim to figure out where you are relative to the speaker whenever you ask it to play something. From there, Samsung will aim the audio at your exact position.

Samsung says that this makes for better clarity, and that it lets you hear audio the way it was intended to be heard — but how will that work if multiple people are listening?

It can make and receive phone calls*

*Provided you’re using a Samsung phone, of course. Samsung also says that you can ask the speaker to make your phone ring if you’ve misplaced it.

Something else Samsung touted at its developer conference — a partnership with Spotify that seeks to deliver “the most fully featured Spotify experience” from a smart speaker. We didn’t hear much about what, exactly, that means, but given Spotify’s popularity, that might wind up as one of the speaker’s stronger selling points if there ends up being anything to it.

New “Bixby Developer Studio” software will allow third-party developers outside of Samsung to craft new uses for Bixby, including ones that work on the Galaxy Home.

Samsung is also opening Bixby’s software for controlling media playback, so don’t be surprised if some of that ends up translating to coordination between the Galaxy Home and Samsung’s lineup of smart TVs, similar to the way you can use Amazon’s Echo devices to control Fire TV streamers.

It does look weird, yes

There’s been no shortage of cauldron jokes since Samsung first showed us what the Galaxy Home looks like — and yes, it is a little weird-looking with that trio of metal feet propping the device up.

I’m withholding judgment until I get a chance to hear the thing, though — elevating the bottom of the device off of your countertop might actually help with the clarity of sound, since you’ve got more of an unobstructed speaker surface to work with. If that’s the case, audiophiles and casual listeners alike might be willing to forgive the Galaxy Home’s appearance — or heck, learn to love it. (And for the record, I wouldn’t go as far as to say the thing is ugly… at least I think not? Again, I want to experience it for myself before passing judgment.)

We don’t know when the Galaxy Home will ultimately go on sale or what it’ll cost when it gets here, and Samsung still isn’t saying. Our pros on the CNET audio team suspect that it’ll sell for at least $200 — a price in that ballpark would put the Galaxy Home right in between entry-level smart speakers like the Amazon Echo ($99) and higher-end options like the Apple HomePod ($349) or the Google Home Max ($399).

That could make it a middle-ground option for folks who want something that sounds stronger than the baseline, but costs less than the high-end. That’s similar to the pitch for the well-reviewed Sonos One smart speaker, which also costs $200.

At any rate, we’ll keep an ear out for updates and let you know as soon as we hear anything. And, of course, expect a full review as soon as we get our hands on one. Stay tuned. 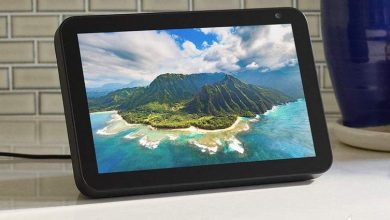 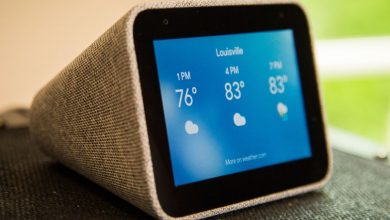 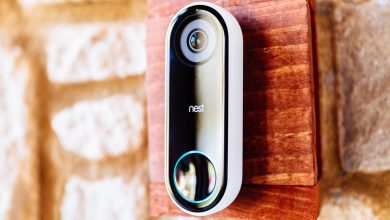 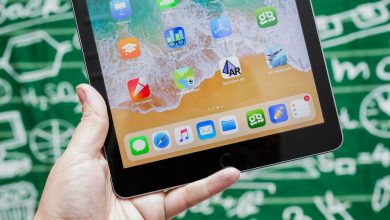 The best Black Friday deals of 2018: The Cheapskate’s picks