Apple’s been making it rain all over Hollywood for more than a year. We may finally find out what its $1 billion worth of TV shows is all about.

Apple is expected to unveil its rumored video service, as well as a news subscription service, at an event March 25 at its Cupertino, California, campus. The company is reportedly scrambling to lock in deals with networks like HBO to offer a catalog of other programming alongside its own originals.

An all-black email Monday featured an animation of the classic, flickering countdown numbers of film leader, ending with Apple’s logo and “It’s show time” in white. Underneath, the company included a simple invitation to join Apple for a “special event” in its Steve Jobs Theater.

For more than a year, the company has used a $1 billion budget to recruit projects from high-profile film and television stars. Apple has nabbed big-name deals with Oprah Winfrey, Reese Witherspoon, M. Night Shyamalan and Steven Spielberg, among many others. The company also hired two top television executives to spearhead the effort.

But Apple has been virtually silent about its ultimate plan for all this programming. CEO Tim Cook has made vague hints, stoking theories about what the company has in store. Cook teased Apple’s slate of original programs on a conference call in January, but he didn’t offer any specifics.

“We’ll have something to say more on that later,” he said.

That day may come March 25.

Apple doesn’t exactly have the best track record with TV. Its set-top box, Apple TV, was a “hobby” for years. Steve Jobs said he “finally cracked” how to create a connected iTV set in 2011, but it never materialized following his death that year. The company failed to pin down deals for a virtual cable service. Apple has already released two original video series on its music subscription service, Apple Music. But those shows — reality competition Planet of the Apps and a spinoff of Carpool Karaoke — were flops.

But the $1 billion programming pipeline, the success of Apple Music and the fact that Apple is on deadline to double its services revenue to $50 billion before 2021 have spurred speculation that a video service is en route to your iPhone and beyond.

Nobody at Apple has breathed a word publicly yet. But plenty of people have theories.

The level of investment and the breadth of content in Apple’s pipeline have led many to predict that the company is planning a new streaming video service, rather than putting all these shows on Apple Music (as it has in past with its other stabs at original programming so far).

According to reports by Variety, CNBC, The Information and others, the service will include the original content Apple has greenlit and also will offer add-on video subscriptions so that members can watch their own bundle of video services in one place, similar to Amazon Prime Video and its Channels model.

In addition, Bloomberg reported Apple is racing to finalize deals with networks like HBO, Showtime and Starz to license programming that’ll supplement its original shows, which are mostly still in development. (Note: Showtime is owned by CBS, the parent company of CNET.)

Apple plans to launch the service in the US followed by an expansion to more than 100 countries, according to a report.

Other speculation includes the idea Apple may create one bundle to rule them all. Apple’s takeover of Texture, a company that’s a sort of Netflix for magazines, and its reported plan to create a subscription news service have led some to suggest Apple may be building a way to package all your digital content in one place. A combination of Apple Music, subscription Apple News and a video service could give consumers a one-stop hub for much of their online entertainment.

Apple has a spotty track record with TV, but its foray into subscriptions with Apple Music has been a success. Although Apple Music launched seven years after world leader Spotify, Apple’s music subscription service quickly ascended into the No. 2 spot. Apple reportedly eclipsed Spotify’s subscriber numbers this summer in the US, the biggest music market in the world.

Rich Greenfield, an analyst for BTIG, believes Apple will give its $1 billion in programming away for free.

If you own an Apple device, Greenfield anticipates Apple will provide free access to all these productions in the TV app on iOS or Apple TV. “Think of Apple’s strategy along the lines of [Amazon’s] Prime Video,” he said in a September note. Apple’s hope is that viewers will come for Oprah or Spielberg and then tack on other paid services to watch HBO, Starz or Showtime all in the same place. (Apple traditionally takes a cut of a service’s subscription revenue when a user signs up through one of its storefronts.)

But it’s also reasonable to be skeptical. Known for premium products with price tags to match, Apple would be acting somewhat out of character to give away $1 billion in free programming to device owners.

Cook’s been talking about TV more in the last few months, which could be taken as a sign that it’s closer to becoming a reality.

After the expected unveiling in March, reports have indicated the service could launch in the summer in the US or even as late as the fall.

What shows will it have?

Apple’s shows run the gamut of drama, comedy, documentary — even undefined deals with big names like Oprah. CNET keeps a running tally of all Apple’s shows reported so far.

The company’s progress lining up movies for the service is less advanced, at least from what’s publicly known. Apple has a partnership with film studio A24 — known for such movies as Ex Machina, Moonlight and Room — to produce original movies. Their partnership will include a film called On the Rocks starring Bill Murray and Rashida Jones and directed by Sofia Coppola.

The service has come under early scrutiny because of reports Apple is restricting its creators from making edgy content and aiming to keep all its programming family friendly. Family-friendly programming isn’t a liability to success — Disney built one of the reigning media empires on it — but edgy shows have led other streaming services’ to awards recognition that is often used as a barometer for how successful a service is at producing the highest-quality shows. Apple’s strategy could crimp it competitively.

How does this fit in with the competition?

Apple’s forthcoming service would launch at a time when seemingly every major media property is putting out their own streaming option, from DC Universe’s comic-flavored fare to a planned Disney offering, not to mention stalwarts like Netflix.

Apple customers may be lukewarm about Apple’s service. One survey found that the favored Apple service people would most most like to see is a virtual cable live-TV subscription, the same kind of service that Apple failed to get off the ground. The Baird survey of 1,500 US respondents found that a Netflix-like offering — the type Apple is widely expected unveil March 25 — was second on the lists of the most-wanted Apple services. More than 18 percent of respondents expressed some interest in subscribing to an Apple video streaming service, Baird said.

Clearly, an Apple service with $1 billion worth of premium video will compete with the likes of Netflix, Amazon Prime, Hulu and others that stream on-demand, high-quality productions. As Netflix likes to point out, on-demand video services don’t just compete among themselves, they’re going up against anything that’s vying for your attention. So traditional television, YouTube and the parade of live-TV streaming service all make Apple’s competitive field even more crowded.

What’s interesting is that Apple’s dive into original programming comes as other giants are ramping up their own original video ambitions.

Disney is expected to launch a Netflix-like service next year. Called Disney+, the digital service will be a home base for streaming all of Disney’s blockbuster movies, multiple Star Wars original series and other programming. It’ll cost “substantially” less than Netflix, CEO Bob Iger has said.

Meanwhile, NBCUniversal and HBO-owner WarnerMedia are both building their own streaming services. And Facebook has been pouring money into original video for the Watch section of its app.

Basically, if you’re interested in subscribing to all of these services, you may want to start saving up now.

But besides Apple’s efforts to boost services revenue, Apple is taking aim at original video because it could be a crucial enticement for people to buy more iPhones and other gadgets.

You can’t overstate the importance of the iPhone to Apple. The phone, one of the most popular in the world, still accounts for more than half its sales and was critical to Apple’s march to become the first US company worth $1 trillion.

This piece was originally published Sept. 8, 2018, and is updated as new details come to light. 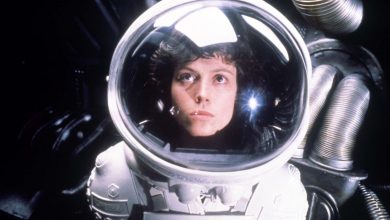 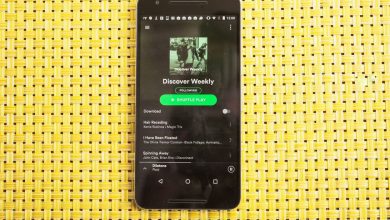 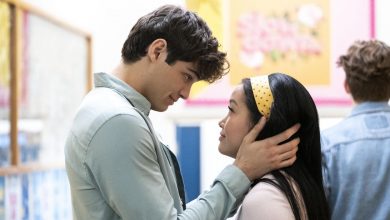 Every new movie and show on Netflix: February 2020 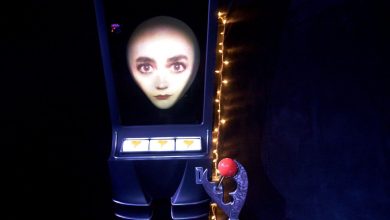