Apple Card has our attention. Apple’s new mostly digital credit card that’s an extension of Apple Pay promises approval within minutes, up to 3 percent cash back, no late penalties and virtually no additional fees to use. Issued by Goldman Sachs and Master Card, Apple’s disruptive payment card almost seems to be too good to be true.

Maybe it is. We dove into the fine print to see what kind of details we could uncover about Apple’s major disruptor payment card. We’re by no means trying to dissuade you from signing up for Apple Card — we can’t wait to try it out either — but like all credit cards, there are ins and outs to know when choosing the right one for you.

Here’s what we learned by reading Apple’s footnotes.

You still have to qualify

During its presentation on Monday, Apple made it seem like anyone could open the Wallet app, apply for the Apple Card and begin using it a few minutes later. That may be the case for many, but you still have to qualify to be approved for an Apple Card. Apple hasn’t shared the details, but made it clear that you will need to qualify:

US customers can now sign up for the latest news about Apple Card on apple.com/apple-card. Apple Card will be available to qualified customers in the US this summer.

Daily Cash is what Apple calls a 1 to 3 percent cash back reward you get every time you use Apple Card online or in stores. So what’s Apple Cash and why is that relevant? Good question. It appears to be related to the Apple Pay Cash card, which includes a peer-to-peer cash exchange system like Venmo or PayPal that lets you send money to other people using iOS. You can also use it to shop in stores, in an app, or online just as you would with a credit card linked to Apple Pay. Expect these two names to merge in the future.

Daily Cash can be applied by you as a credit on your statement balance. Daily Cash is subject to exclusions, and additional details apply. See the Apple Card Customer Agreement for more information.

Apple crowed about unlimited Daily Cash rewards, which means that there’s no arbitrary cap on how much cash back you can earn. So, for example, if you were to spend $6,000 buying iPhones ($1,000 at Amazon) for the family, you could earn $180. If you spend more than that, you can earn more, too.

The credit limit is a standard part of being issued a credit card. Typically the better your credit and longer your duration using a credit card, the more credit your bank will extend you over time.

Keep an eye on interest estimates

One Apple Card feature that Apple celebrated is the ability to track how much you owe using the app. If you don’t pay off your balance at the end of the month, you can tell the app how much you’re paying. Apple’s software will then estimate the interest cost for you, so you can see how much more you’ll have to pay down to clear your balance.

The fine print here isn’t a “gotcha,” it’s just a reminder that the estimate is based on your balance at the time you’re using the app. Pending transactions and other purchases you make before the end of the billing cycle don’t enter into the interest estimate.

Late payments will cost you

Let’s talk about fees. Apple Card won’t slap you with fees if you’re late to a payment, and there are no annual fees, international fees or fees for going over your limit. All that’s great.

But yes, there is a catch. While Apple won’t charge you a penalty for missing a payment — e.g. no $25 late fee in addition to what you already owe — you’ll still get charged interest. According to Apple’s website:

Late or missed payments will result in additional interest accumulating toward your balance.

In other words, Apple isn’t giving you money for nothing.

Speaking of interest, Apple didn’t discuss interest rates specifically when it showcased the Apple Card, but looking into the footnotes of its website, they become clear:

The final takeaway from the Apple Card fine print isn’t very shocking. It’s that the Apple Card software is subject to change as Apple goes through iterations of its app and service.

However, that’s enough of a reminder that software, like services, change and mature. Apple Card’s terms and services could alter before it launches this summer, so if you are interested in signing up for a card, it’s a good idea to check the terms and conditions before signing on the digital line.

Apple Card: What you need to know now about Apple's new credit card for your iPhone 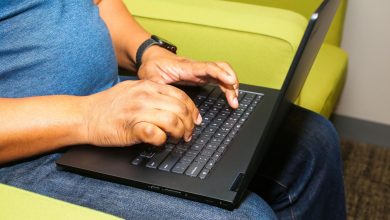 How to survive with an iPhone and a Windows computer 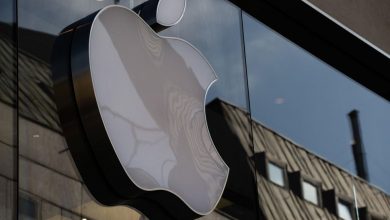 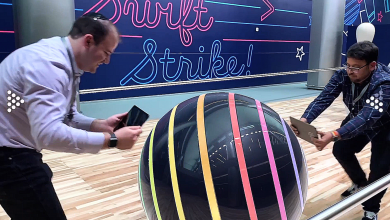