Samsung’s first phone with a foldable screen, the Galaxy Fold, is nearly here. If you’re patiently waiting to buy it, you’re in luck. Preorders begin Monday, April 15, but first you have to reserve the foldable phone on Friday, April 12. Better be quick about it, too: Samsung has already warned buyers that supplies will be limited. The Fold officially goes on sale April 26.

The Galaxy Fold is a hybrid phone/tablet device that has two screens, a smaller display on the front that looks like a typical smartphone, and another screen on the inside of the phone that’s folded in half and opens up to a 7.3-inch display. It’s a crazy idea that’s going to see competition from device makers like Huawei and Motorola.

How can you buy the Galaxy Fold?

Starting April 12, you can place a reservation for the Galaxy Fold if you registered to receive more information from Samsung. Samsung tells us that a “private preorder will begin on Monday, April 15.

Registering for more information doesn’t oblige you to buy the Galaxy Fold, a Samsung representative told CNET in an email: “If someone signs up tomorrow to reserve their spot in the private preorder that starts on April 15, they are not committed to purchasing on Monday. It’s their choice.”

Didn’t register? It’s not too late. Visit the Galaxy Fold website and click on Sign Up in the top-right corner, then enter your information. You should then receive an email on April 12 with more information about reserving the upcoming device. (In Australia, click “pre-register now” on this page. The UK site does not yet have a Fold page.)

The Fold will be on display and available to buy in the US starting April 26 in select AT&T, T-Mobile, Best Buy and Samsung Experience Stores. Samsung warns supplies will be limited, so it’s a good idea to reserve a Fold instead of trying to get one on launch day.

It’s not cheap. The Galaxy Fold will cost $1,980 for 512GB of storage and 12GB of RAM. There will be an LTE model and a 5G variant, with the latter presumably costing more than the base model.

The Galaxy Fold will come in Cosmo Black, Space Silver, Astro Blue and Martian Green. And depending on the color you purchase, you can customize the color of the hinge.

5 ways Alexa can help you keep your smart home clean

How to clean your oven with baking soda and vinegar 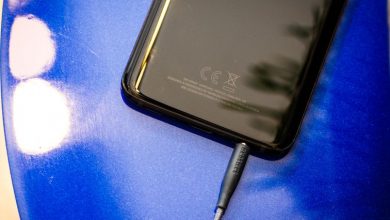