The Samsung Galaxy Watch Active and Apple Watch Series 4 are top-of-the-line smartwatches, but they’re also capable fitness trackers in their own right. Whether you simply want to receive notifications, listen to tunes or get serious about monitoring your health, they’re both up to the task. But the Galaxy Watch Active is half the price of the cheapest Apple Watch Series 4 (that’s $200 vs. $400). Do you need to double your money to get double the watch?

That depends on what you’re looking for, because the differences go beyond just the price. The Apple Watch Series 3 costs $250 and is still a great watch — you can see how it compares to the Series 4 here — but for this comparison we’re concentrating on the latest model.

We tested these watches side-by-side to determine which one met our needs the best.

Galaxy Watch Active vs. Apple Watch Series 4: Which is…

Do you like your smartwatch face square or round?

If you’re familiar with the original Galaxy Watch, the look of the Active won’t come as too much of a surprise. Its round watch face looks more like a traditional timepiece than the square Apple Watch. Both rely on the touchscreen and physical buttons for navigation which is fairly intuitive. Unfortunately the Active misses out on the rotating bezel from the original Galaxy Watch that we loved and that gave it a more premium look.

Apple gives you two sizes to choose from with the watch face: either a 40 or 44 millimeter while the Galaxy Watch Active has a single 39.5mm size. Each screen is easy enough to see in bright, outdoor situations, but the Apple Watch has thinner bezels so you can see more of the screen on the surface of the watch face and the thicker straps make it look slightly more elegant.

You can choose from different metal finishes and colors for both watches and customize even further with additional watch straps in different materials. The Galaxy Watch Active has more third-party watch faces (especially those focused on fitness) to really make your watch your own, but the Apple Watch has more third party straps to choose from.

The Galaxy Watch is also slightly thinner and lighter than both versions of the Apple Watch and we found Samsung’s watch more comfortable to wear throughout the day and while you sleep, because it doesn’t have a bump like the one on the Apple Watch that houses the heart rate sensor.

Winner: Design-wise they’re neck and neck, but the Galaxy Watch Active may have the advantage in terms of comfort.

There’s no shortage of fitness and health monitoring features on both. The Apple Watch has 14 workout types built-in while the Galaxy Watch has 39 and both let you keep tabs on any other types of workouts with the dedicated “other” category. They can also track workouts automatically and set daily goals for you to keep your activity levels in check.

Here’s what else they can both do:

The Apple Watch Series 4 has a couple of extra heart-related features, including an FDA-cleared ECG or electrocardiogram app. Read more in our deep dive here. The watch can also notify you if it detects high or low heart rate, or irregular rhythms that could signal atrial fibrillation. It also has sensors to detect falls and the watch can automatically call your emergency contacts or 911 for help.

Not one to be left out, the Galaxy Watch Active can track your stress levels. It can also monitor your sleep then give you a breakdown of the type and quality of your Zs in the Samsung Health app.

The Active also has a blood pressure monitor that’s currently in beta. Users need to opt in to participate in Samsung’s study at this time to gain access to the feature, and it needs to be calibrated using a standard blood pressure reading from a traditional cuff monitor before it can obtain a reading from the watch. After this initial setup, we found the blood pressure reading was intermittent and didn’t work much of the time on the Galaxy Watch Active, so we wouldn’t even consider it in your decision-making process.

While both let you review your fitness tracking and health metrics in their companion phone apps, it’s often really difficult to work out where to find and how to interpret this information. Apple divides it across the Activity and Health app, while Samsung puts everything in the Health app, but it’s hard to navigate. Samsung’s app breaks down your heart rate in zones (fat burn, cardio and peak) which is helpful, Apple just displays your range, but it can be really tricky to decipher how to see past workouts on Samsung’s Health app, calories burned and other vitals without a lot of trial and error. The Activity app on the iPhone is slightly more intuitive.

Smartwatch features are robust on both

You can get notifications from your phone, make calls, text or download a variety of third-party apps on both: standard functionality you would expect from a smartwatch.

The Apple Watch works exclusively with iOS while the Galaxy Watch Active is compatible with both Android and iOS. But you don’t get as many connectivity options if you tie the Galaxy Watch to an Apple device, like not being able to respond to text messages from the watch.

While they both have GPS, only the Apple Watch has an LTE version so you can get texts and calls without your phone — but it costs $100 more in the US.

The Apple Watch has a built-in speaker so you can hear calls on the go or talk to Siri without pulling out your phone. The Galaxy Watch lets you dictate texts and use the Bixby voice assistant, but it doesn’t have a speaker so you will need to retrieve your phone to take calls even when you have a Bluetooth headset on.

Both watches let you store music you own locally, by transferring from your phone. If you prefer streaming services, the Galaxy Watch Active has better Spotify support than the Apple Watch, so you can store entire playlists for offline listening if you’re a premium subscriber.

One of the most underrated features on the Galaxy Watch Active is the option for an always-on display. While it does make a dent in battery life, it’s valuable for those times when you don’t want to constantly raise-to-wake.

Winner: Tie. Galaxy Watch Active has the best cross-platform support, but the Apple Watch has the flexibility of an LTE-option and a built-in speaker for making calls.

Speaking of battery life, it will always depend on how you use these watches. We tested them both during a normal day, which consisted of commuting to work, doing a 45 minute workout, tracking sleep, receiving the same notifications and listening to some music.

With this in mind, we squeezed almost two full days out of the Galaxy Watch Active and just under a day and a half on the 40mm Apple Watch Series 4.

This is by no means a scientific battery test, and your mileage will vary, but suffice to say you will need to charge each of these watches on a regular daily basis.

If you also own a Galaxy S10, the Galaxy Watch Active makes that daily charge a lot easier because you can juice it up from the back of the phone using wireless power share.

So which is the best smartwatch?

For the price, it’s hard to go past the Galaxy Watch Active, especially considering compatibility across Android and iOS. It offers a great range of fitness features, a comfortable fit for smaller wrists especially and a strong showing in battery life. But for iPhone users who are already deeply tied into Apple’s ecosystem, the ease of use, tracking accuracy and heart-related health features of the Apple Watch Series 4 are hard to beat (even if you do pay double the price compared to the Samsung watch). Having LTE as an option is also a bonus, especially for those who want the added reassurance of being connected on runs without taking their phone.

Galaxy Note 10: Rumors, price, release date, specs and everything else 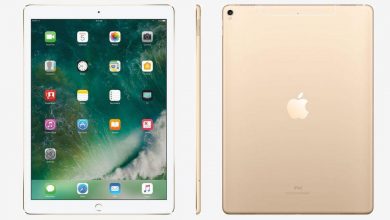 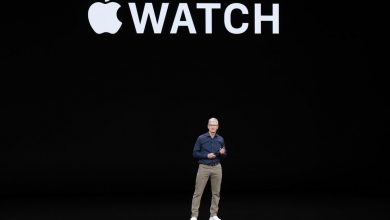 Apple turned its livestream on early and things got super weird 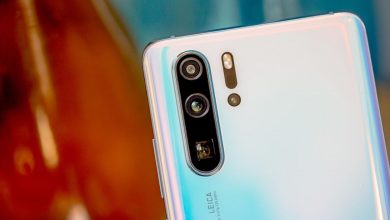