Once upon a time, it seemed like everybody was buying battery cases for their iPhones to get the extra juice they needed to get through the day. However, the big problem with a battery case is that it makes your phone bulky and heavy, and with phones growing larger and larger, the battery case just doesn’t always make as much sense as it once did. In my opinion, an external battery pack is the way to go.

To that end, I’ve rounded up the best compact batteries out there. Although they cost more, I personally like batteries that have an integrated Lightning cable built into them so I don’t have to worry about carrying around a charging cable. But I’ve also included some budget picks for those who want to spend as little as possible. And, while we’re planning a separate roundup for Android models, anything here without an integrated Lightning cable will work perfectly well with an Android phone (or any other portable gadget), so long as you provide a micro-USB or USB-C compatible cable.

Mophie has discontinued its swanky aluminum-clad PowerStation Mini Plus, which has an integrated “switch-tip” Lightning/Micro-USB cable (an adapter converts the Micro-USB to Lightning). However, it’s still an excellent charger that you can find online at a discount and there are even better deals on certified refurbished models (I bought two of the pink ones for less than $10 each, and they seemed perfectly good). The Mini Plus is available in 4,000mAh and 6,000mAh versions. The latter is about a third thicker.

The Hub Mini has integrated Lightning and micro USB cables. It’s not so slim, but it is compact and easily fits in a pocket. It has a 3,300mAh battery inside.

The newest version of Mophie’s PowerStation Plus ($80) has a fabric finish and houses a 6,040mAh battery. Like the PowerStation Plus Mini, it has an integrated Lightning connector.  If you buy one of the Apple-exclusive versions, the battery conveniently charges with any Lightning cable (rather than Micro-USB). The version on Amazon charges via an included Micro-USB cable. It’s an expensive battery pack — and slightly thick — but it is well designed and reliable. With the USB-out port, you can charge two devices simultaneously.

I’ve used the $50 PhoneSuit Journey (3,500mAh battery) for a while and it’s held up well over time. With its foldable prongs, you can plug it right into a wall outlet, and it also has integrated Lightning and Micro-USB cables. I’ve charged another power bank with the Micro-USB cable while simultaneously charging an iPhone with the Lightning cable.

Like the PhoneSuit Journey, the $50 Ventev Powercell 6010+ has integrated folding prongs and both an integrated Lightning cable and Micro-USB cable. But the Ventev is thicker and larger because it houses a larger 6,000mAh battery. There’s also a USB-out so you can charge other devices with an extra cable.

All of MyCharge’s Home & Go chargers have an integrated foldable wall plug and USB-out port (or dual ports). However, this version also has a built-in Lightning cable, which is why it costs more. The 4,000mAh version costs $50, while the 8,000mAh version runs $70.

The Anker PowerCore Slim 5000 ($30) houses a 5,000mAh battery and, as its name implies, is quite slim. While it’s been around for a few years, it will work with all the latest iPhones (and Android models), but you have to bring your own cable to the charging party.

MyCharge GoExtra is a simple (pictured in the center), slim battery with an integrated fabric loop. The 4,400mAh version costs $25 while the step-up Go Big (6,000mAh) costs $5 more and has two USB-out ports instead of one. Additionally, there’s a 2,600mAh Go Mini for $20, and the smallest of the bunch, the Go Style, which you can stick on a keychain (although it’s a little big for that), can be had for $10.

The Mophie Powerstation Mini is a very slim — and slick-looking — charging brick that houses a 3,000mAh battery. No cable is included, but you can get these in a two-pack on Amazon for $30 (only the blue version is available at that price, but it does come in other color options).

The Anker PowerCore Lite 10,000mAh retails for about $35. While it’s thicker than some of the chargers in this roundup, it is one of slimmest 10,000mAh portable chargers and has a USB-C input for charging the battery, but no USB-C output. No cables are included.

This Anker model is basically an oversized wall charger with a built-in 5,000mAh battery. It’s got two standard USB ports for juicing up your phone and a secondary gadget (or two phones) simultaneously, and a little LED indicator on the side lets you check the charge level at the press of a button. It’s available in white, black or lipstick red for $26 to $30.

MyCharge’s Unplugged series comes in 3K (3,000mAh), 5K (5,000mAh), 8K (8,000mAh) and 10K (10,000mAh) models, all of which are portable battery packs with wireless charging capabilities. Additionally, they have a USB-out port or ports for wired charging with a cable (you can charge two devices simultaneously). It’s like having a wireless charging pad without the cord.

They start at $30 for the 3K version, which is obviously the slimmest of the bunch. While the 5K is a little thicker, it doesn’t cost much more and probably delivers more performance for your money.

Moshi’s Porto Q 5K (5,000mAh) isn’t cheap at around $85, but like the MyCharge Unplugged, it’s a portable battery that doubles as a wireless charging pad. It’s swankier and more stylish than the MyCharge Unplugged and charges via USB-C instead of Micro-USB. There’s a USB-out port for wired charging, and you can charge two devices simultaneously.

If you’re looking for a portable battery that can also play music, the Esquire Mini 2 ($130) is a slick Bluetooth travel speaker that has a USB-out port for charging devices (no Lightning cable included). It sounds surprisingly good for its slim size.

We used all of the models above in anecdotal testing during recent weeks and months. The ones highlighted above are ones we recommend over the dozens if not hundreds of others currently on sale at Amazon and elsewhere, which is why we zeroed in on a handful of favorite brands: Mophie, MyCharge and Anker, with some notable one-offs from PhoneSuit, Moshi and Harman Kardon thrown in for good measure.

What to look for

Here’s a few things to keep in mind when shopping for battery packs:

This story was originally published March 2, 2019.

Galaxy Fold screens are breaking: What's going on and what to do if you bought one 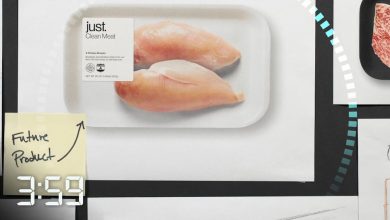