So, how do you choose between the Fitbit Versa and the Apple Watch 3? CNET’s Vanessa Hand Orellana and Lexy Savvides wore them both for about a week side by side to figure out which best fit their needs.

We chose to compare the Fitbit Versa to the Apple Watch Series 3 (rather than the newer Series 4) because it’s a fairer playing field: they’re closer in price and overall features. Fitbit has also released a cheaper version of its watch called Versa Lite, which misses out on some features including music storage and swim tracking.

The two watches share a similar design, interchangeable straps, a selection of metal finishes and a variety of watch faces to customize the look. They’re both water resistant to 50 meters, so you can wear them in the shower or use them to track laps in the pool.

Those are the facts, but here’s a few things we like and dislike about each watch’s design:

While both mirror notifications from your phone, only the Apple Watch gives you unlimited responses. Android users can program quick replies on the Versa, but its lack of microphone means you can’t dictate or scribble a response like you can with the Apple Watch.

If you’re doing a lot of outdoor activities, leaving your phone behind may not be an option with the Versa because of its lack of GPS . In our real-world use, we didn’t miss the GPS as much as we thought, but you won’t get as accurate a read of pace and distance when it’s not paired to the phone.

The Versa can also act as a personal trainer with the Coach app that comes with a few basic workouts, or fork out $40 (£30, AU$60) a year for unlimited access. It shows you the moves right on your wrist — and being able to initiate a guided training session in your living room is a game changer if you’re tight on time. Fitbit’s stand reminders are also better than on the Apple Watch: By requiring 250 steps an hour to “win,” it’s more focused on motivating regular movement.

Visual cues on the Apple Watch only give you notifications to stand or keep moving during the day rather than guide you through workouts, although there are plenty of third-party apps that can help fill that gap. And it’s really easy to become addicted to closing your rings if you’re motivated by those sorts of notifications.

The Versa includes a female health-tracking feature on the watch, which you can see when you swipe up from the lock screen. Log your last period on the Fitbit app and it predicts your next fertile window, based on this data. You can’t log the information directly on the watch, but you can see how long you have until your next window directly from your wrist. The Apple Watch has third-party period-tracking apps that do the same thing, but they’re not baked into the interface.

Both let you dive into a deeper breakdown of your fitness data over time. Fitbit consolidates all this into its main phone app, while the Apple Watch splits this across the Watch app, the Activity app and the Health app on the iPhone.

Having your fitness metrics across three different apps can be confusing if you’re looking to track progress over time. Again, there are plenty of third-party apps available for the Watch that let you find everything in one place. Vanessa’s a fan of Nike+ Run Club for runs or AllTrails for hikes, while Lexy prefers Strava to track progress against previous workouts and other users.

The Fitbit app was better at translating heart-rate readings into useful information, like telling you if you were in a fat-burning, cardio or peak zone during a workout. Apple’s heart-rate data in the Activity app can be hard to interpret on its own because there’s no baseline to compare it to. The closest feature is the color-coded route map that shows you how fast you were going during each part of your journey — green is fast and red is slow. But the Apple Watch now has better activity tracking features with WatchOS 5, including better tools for runners that may give it an edge over the Fitbit.

Our biggest complaint about the Fitbit app? It doesn’t show you elevation gain for individual activities, so for hikes uphill the only way to figure out altitude is from the summary page on the watch, although this seems to disappear after you finish a workout.

Both have third-party apps, though many big partners seem to be less invested in developing wrist-based apps, with Google Maps, Amazon, eBay and Instagram all leaving the Apple Watch platform in the last year or so.

You can sync songs to each watch while they charge. The Versa has 2.5GB of storage set aside for music, which is around 300 songs, while the Apple Watch has 8GB for music on the LTE model (2GB if you have a non-LTE version).

Where the Fitbit really shines is battery life. After five days wearing the Versa all day during workouts, but not listening to music, it still had about 10 percent battery remaining.

The Apple Watch struggles by comparison, especially if you’re using battery-intensive features such as LTE and GPS. If you’re just tracking a workout, mirroring notifications or responding to texts, you’ll get about a full day’s use before you have to charge it — anything extra is a bonus.

Both use proprietary chargers, but they do juice up fairly quickly.

Instead of updating the Versa with an entirely new model for 2019, Fitbit released a Lite version of the watch with a cheaper price and a couple of features missing. We don’t expect we’ll see another Versa this year. Here’s our guide to help you choose between the different Fitbit trackers.

The Apple Watch is a different story. Apple released the Series 4 in September 2018, with added health features and a slightly larger screen, but still shares a lot of the same features as the Series 3 with the latest WatchOS 5 update.

That said, those thoughts on future Fitbit and Apple products are merely educated guesses. We don’t have any inside info.

And our winner is?

Vanessa: I ended up wearing the Fitbit more, solely for the longer battery life. Even when I forgot to charge it I could grab it as I was running out the door in the morning knowing it would at least have enough juice to get me through the day. But the Apple Watch is a much more versatile device — I did miss many of its features, especially GPS and the text responses, which allowed me to break free from my phone.

Lexy: If you’re an iPhone user and want a smarter companion that can also free you from your phone once in a while, the Apple Watch is likely a better fit. I love that the Versa is so comfortable, works across Android and iOS and has amazing battery life, but I’d pick the Watch because it can do so much more.

The Fitbit Versa and Apple Watch Series 3 received the same overall rating from our CNET editors, 8 out of 10.

Fitbit Versa review: The best fusion of smartwatch and general fitness tracker under $200.

Here's why you should put a smart plug in your bathroom

The Note 10 could be the luxury phone Samsung needs now 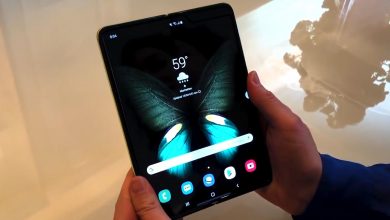 Why the iPhone 11 successor could the phone to get

Huawei doesn’t need the US, hits 50% growth in phone sales 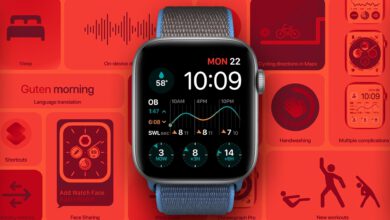