The Volvo Rottweiler is an autonomous construction vehicle that can work in rough terrain. It’s equipped with a 3D printer that create the materials it uses to construct buildings. And it’s made of Lego bricks.

Vida András, a 27-year-old Romanian architect, designed the Rottweiler for a contest run by Lego Technic and Volvo Construction Equipment. Entrants were invited to imagine the construction machines of the future by identifying tomorrow’s problems and creating a machine that will tackle them.

The Rottweiler took first prize out of 122 entries submitted from across the world. Lego most recently teamed up with Volvo Construction Equipment for the Zeux, a self-driving concept wheel loader released by Lego Technic in 2018.

The imposing Rottweiler measures 80x60x80 centimeters and takes 3,100 Lego bricks to build. With its four legs and detachable head, it looks more like it escaped from a sci-fi movie than a building site. That’s no accident. The judges were looking for futuristic designs, and András wanted to create something that evoked power and functionality.

“The strength of it and the usefulness of it appeals to me the most,” he said.

The Rottweiler and nine other contest entries are currently on display at London’s Transport Museum.

While other industries have embraced 3D printing, András says it hasn’t been used to its full potential yet in construction. 3D printing could be used to experiment with new structure ideas and allow architects to design buildings using shapes that are “almost impossible to form by hand.”

The 3D printer is also key to the Rottweiler’s environment-conscious approach. “3D printing is a way of reducing the manufacturing waste,” says András. He describes 3D printing as almost wasteless from source material to final product, adding that it could help reduce pollution from factories.

Runner-up James Cox of London created the Volvo Icarus, a mobile solar plant with off-road capabilities. It’s 100x60x40 centimeters and used about 4,000 Lego bricks. Cox says the name started out as a sort of joke — “cause obviously I didn’t fly too close to the sun” — but it suited his concept and sounded cool. So he kept it.

Like András, Cox wanted his entry to tackle the challenges posed by climate change.

Cox conceived the Icarus as a solar power generator. He then decided to make it mobile, adding the off-road chassis after he’d built the mechanics for the solar array.

András and Cox took the mechanical design process seriously, both emphasizing the research involved and the practical side of their work. Both started with a drawing, but then their approaches diverged.

András created the Rottweiler using a digital building tool. The design didn’t become a physical reality until he won the competition and Lego sent him the pieces required to create it. Meanwhile Cox worked freehand, building the Icarus with physical blocks. When he submitted his entry, he included a video of the mobile power plant in action.

It takes a lot to create a prize-winning Lego model: You need the imagination to tackle a design challenge. You need the practical knowledge to bring your vision to life. And you need the finished product to look amazing.

But there’s no such thing as a “typical” Lego builder. Some entrants are professional design engineers or graphic designers, but that’s not always the case. One of the runner-up models is a carrier drone created by a 13-year-old.

This wasn’t the first rodeo for either András or Cox. Both designers have won and placed in previous Lego competitions and both have an idea of how to catch a judge’s eye.

András says he took on a big challenge with the Rottweiler. Instead of building a digger or a bulldozer, he used the Rottweiler’s detachable heads to make it a multipurpose machine. The ambitious approach paid off.

He also has an idea of how he could take the concept further. He would like to add playability functions, perhaps actually making it drivable, making the arm movable or using a Lego Mindstorm computer to make it programmable.

Meanwhile, Cox had some practical advice for anyone who wants to get ahead in a Lego competition: Go big or go home.

“It’s gotta look good. It’s gotta look impressive. And it’s gotta… just look big,” he says. Yes, you can do something clever with a small design, but if it doesn’t look great, it just won’t have the same impact.

András was also proud of his creation’s appearance, describing the Rottweiler’s animalistic look as one of his favorite features.

Judges from Lego and Volvo evaluated the entries based on how well the models were built, how futuristic their functionalities were and how exciting they looked. Arvid Rinaldo, who works in brand communication and partnerships at Volvo Construction Equipment, highlighted the winning designs’ unique features and use of futuristic technology.

“It’s almost like they come out of a science-fiction movie,” he said. “It’s really inspiring for our engineers to see … what people from all over the world can do.”

The Rottweiler and Icarus concepts are now on display at the London Transport Museum alongside eight more futuristic Lego models. The Future:Build exhibit is open through May 16. 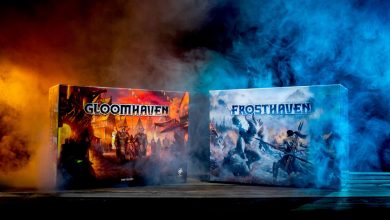 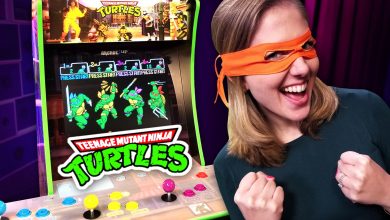 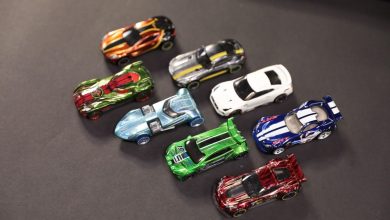 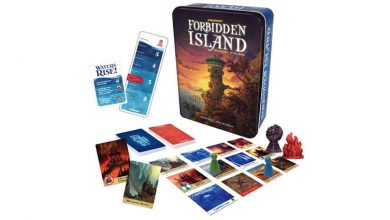