Four hours, seven cell sites and dozens of tests later, Verizon’s 5G data network and Samsung’s Galaxy S10 5G achieved what I thought was impossible: they made me excited about 5G again. The expensive new phone (it costs $1,300) and fledgling network still face hurdles in bringing this new technology to the masses. Things could still get messy. But after seeing consistently fast real-world and benchmarking tests, the 5G future we keep hearing about — the one that promises ludicrously fast downloads, real-time sports and pin-sharp online games — doesn’t feel as pie-in-the-sky as it did six weeks ago when I came to Chicago to test Verizon’s then-day-old 5G network.

My experiences were night and day. A month and a half ago, Verizon’s network launch was rocky. The Moto Z3 and 5G Moto Mod loan unit I used to test the network on ran out of battery, and while Speedtest.net showed fast speeds, it took 6 minutes to download a large file that yesterday took me under 2 and a half. Another time yesterday afternoon, I downloaded a Netflix movie in just over 8 seconds.

5G data speeds represent a profound shift for the industry, promising exponentially faster download speeds on your phone, which can make AR and new camera features come to life. The ultrafast data transfer also paves the way for next-generation capabilities including remote surgery, connected security cameras and cars and buses that talk to each other on the road to reduce accidents and help keep lanes clear. Carriers that can build out the most robust networks first believe they’ll have an advantage over rivals for signing on new subscribers.

So what went right for Verizon and Samsung this time and why, and what does all of this mean for you — should you run out and buy a 5G phone? Hang tight and I’ll break it all down.

I took a loaner Galaxy S10 5G that Samsung had preloaded with an account and apps like Speedtest.net, Amazon Prime Video and Netflix out into Chicago for testing. Because coverage is limited to specific areas where Verizon has set up its 5G network nodes, we couldn’t just go anywhere we wanted.

For example, you can’t use 5G signal most places indoors (Verizon’s store on Michigan Avenue is one exception). But we did hit seven areas around downtown.

I ran at least two speeds tests at each of these stops, both on the Galaxy S10 5G and on a 4G-only Galaxy S10 Plus, both on Verizon’s network and both using the Verizon Speedtest.net server. Speeds consistently ranged from 400Mbps up past 1Gbps, hitting those peaks in four different locations (oftentimes, but not always, more than once).

“With the state of the software and where it was, we just needed to see very good reliability,” Verizon’s network VP, Mike Haberman, told journalists on a call ahead of these Galaxy S10 5G tests in Chicago and Minneapolis. “With the NR uplink in the very early version of the software, we weren’t seeing that reliability…so it’s an evolution,” he said, adding that getting download speeds reliable was more important.

Read: Verizon uses mmWave 5G, but there are different kinds. Here’s what you should know

Even more impressive and important than these benchmarking speeds are the real-world tests of downloading movies, TV shows and large apps. It’s those that really convey what it will be like to live life in 5G. At one fast spot (and with a 4G phone serving as a stopwatch), I downloaded Season 2 of The Marvelous Mrs. Maisel (in 4K) from Amazon Prime Video in under 5 minutes. That’s roughly 10 hours of footage. The 4G phone took 4 minutes to finish downloading the first episode.

At another location, I downloaded and installed the 1.86GB game PUBG in under 2.5 minutes on 5G. It took just over 3 minutes on 5G, which still demonstrates an advantage since Google Play’s servers haven’t been optimized for Verizon’s 5G network, the carrier said.

Similarly, an almost 2-hour movie (Wine Country) downloaded from Netflix in just over 8 seconds. The second attempt took slightly longer, at 10.4 seconds. After two attempts to download over 4G, I gave up after the progress wheels failed to advance two minutes into the download.

Verizon spokespeople suggested that Amazon Prime Video and Netflix have been optimized for its 5G network in varying degrees, something I’ve asked for clarity on.

The startling real-world download results are encouraging because it means that in the best-case network scenario, you can achieve lightning fast download speeds (it stormed during our tests, so there was actual lightning). It’s clear that Verizon has worked to tune its network. Ahead of today’s test, Haberman said to expect improved performance, but not improved coverage, though that’s coming as well.

“You’ll easily see a doubling of sites in the next month,” Haberman said over the phone, while also emphasizing Verizon’s commitment to launching 5G in 30 US markets by the end of 2019.

Read: How to see 5G networks where you live

A word on the Galaxy S10 5G’s battery life

Verizon says it can do better. “You can expect [the phone’s battery life] to be augmented. That’s not something Samsung does,
Haberman said, “That’s something done on the network.”

What makes this Verizon 5G test different than the last

This test with the Galaxy S10 5G gave us much better results than our first test using Motorola’s Moto Z3, and there are numerous reasons for that.

Despite great results, 5G isn’t for everyone right now

5G is an inevitability, but right now we’re getting a curated sampler platter. The buffet isn’t quite ready. Here are the major issues.

This round of Chicago tests was certainly promising, but it’s good to remember that these next-gen “G” rollouts don’t happen overnight. This is a reality that affects every one of these fledgling networks.

If money is no object and you’re yearning to be ready when 5G comes on board in your area, the S10 5G is a large-screen phone with proven performance (it shares core features with the Galaxy S10 Plus). The rest of us should see these first phones and networks as a starting point that will become more robust and compelling with time. 5G will be up and coming for years while the carriers and phone-makers work out the kinks. Most of us will have to be patient.

Originally published May 16, 8:46 a.m. PT and updated throughout the day. 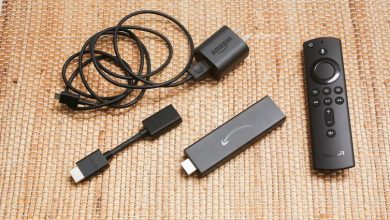 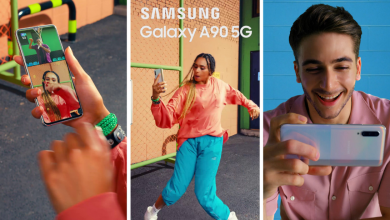 Samsung’s next 5G phone is the Galaxy A90 5G, leaks say