It’s easy to see why Adam Scott is often cast as the approachable everyman. He’s pretty low-key in person, with a deadpan delivery that prompts double takes.

It’s a persona he’s been able to transform into notable characters he once described as “befuddled beta males.” On NBC’s Parks and Recreation, he embodied Ben Wyatt, a calzone-loving state auditor who dresses up as Batman and owns his encyclopedic knowledge of Star Wars, Lord of the Rings, Star Trek and Game of Thrones.

In HBO’s drama series Big Little Lies, he plays Ed Mackenzie, the beleaguered second husband of main character Madeline (Reese Witherspoon), and shows he can stand up to his alpha wife: “Look, I may not be the good-looking adventure ride, OK? But there is something to be said for being there, for being truthful, for being somebody you can steadfastly count on. I will not be anybody’s runner-up.” He’ll return for season 2 of Big Little Lies on June 9.

In Jordan Peele’s reboot of the classic sci-fi series The Twilight Zone, which debuted in April on CBS All Access, Scott takes a lead role. (Editors’ note: CBS operates CBS All Access and owns CNET.) He plays a reporter with PTSD who boards a plane and finds an old MP3 player in the seat pocket in front of him. It plays a podcast, which seems to be from the future, about the mystery of the tragic flight he’s on, transforming him into the weirdo who no one will believe is trying to save them from disaster.

But right now, Scott has us all smiling. We’ve surprised him with Star Wars collectibles — he’s a huge fan of the sci-fi epic — and he riffs about the interactive Chewbacca doll and talking Yoda mask.

“I feel like everyone in this room was transported to Yoda’s home planet just for a second,” he tells us after trying on the mask. “Don’t worry guys, it’s just me. It’s just a mask. I put a mask on. Everyone relax.”

By the time he describes his own personal hell — a nod to his role as Trevor, a rude (but funny) demon, on the NBC comedy series The Good Place — we’re laughing out loud. “Personal hell built just for me? There would be really loud afternoon TV advertisements playing at all times. Like for insurance, for injury law,” he says during our CNET Magazine cover shoot in Los Angeles. “It would be really hot. There would be no AC. And all the clothing would be really tight and uncomfortable.”

Scott also talked about staying up late watching reruns of The Twilight Zone on his family’s black-and-white TV when he was a kid, how his Apple AirPod wireless headphones have changed his life, and why he thinks there’s an opportunity for someone to reinvent the pillow.

Here’s an edited transcript of our conversation.

Q: You’re a big Star Wars fan. What’s the appeal?
Scott: I guess anyone under the age of 75 is probably a Star Wars fan. It’s been around for so long now. I clearly remember The Empire Strikes Back and Return of the Jedi when I was in elementary school, so I really grew up with them.

My friends and I were all about Star Wars. It was kind of a rite of passage to collect the figures and make your own lightsabers. I’ve just always been a Star Wars fan.

I think I said yes before I even read it, which is not what you’re supposed to do. But The Twilight Zone is my favorite show ever.

Kristen Bell was hosting Jimmy Kimmel’s show and surprised you with a visit from Mark Hamill, whom you once invited to your birthday party when you were a kid. Your face is like the kid who got every birthday wish in their entire life. What was that like?
Scott: It was really weird because it was obviously being televised — and to be thrown off guard and surprised like that on camera, with an audience, is very strange and felt Truman Show-y. But really cool. I mean, meeting Mark Hamill was all I wanted as a kid, so it was obviously a big deal. Really cool.

He gave you a lightsaber.
Scott: He did, yeah.

You still have it?
Scott: Yeah, it’s cool.

You’re in a classic episode of the new remake of The Twilight Zone. Why did you want to do it?
Scott: I’m in Nightmare at 30,000 Feet, which is a remake of Nightmare at 20,000 Feet. William Shatner did it in the original series and then John Lithgow did it in Twilight Zone: The Movie in the early ’80s, both of which I’ve seen dozens of times.

When we got the script for the new series of The Twilight Zone, I think I said yes before I even read it, which is not what you’re supposed to do. But The Twilight Zone is my favorite show ever. I used to stay up every night because they would play reruns at 11 p.m. every night. I had a 5-inch black-and-white TV in my bedroom. It was the only TV in the house, and I would keep the volume low so my mom wouldn’t know and just watch Twilight Zone every single night.

With the entire series in front of you to discover and being a kid, it really expanded my imagination and was influential on my taste for stories and movies and what I found interesting. So I jumped at the chance to be in The Twilight Zone.

You play Ed Mackenzie on Big Little Lies. Season 1 is over, and I know you’re doing season 2. What’s the best thing about working on Big Little Lies?
Scott: The cast, the writing and directing. And season 2 is going to be really fun for people. It’s really juicy.

Anything else you can say?
Scott: I can’t.

You sure?
Scott: A hook will come down and pick me up and you’ll never see me again.

You also play a demon, named Trevor, on The Good Place. Did you pick that name?
Scott: No, no. Mike Schur, who created the show, I believe picked Trevor.

If Michael, the Ted Danson character who designed the Good Place, were to design a personal hell just for you, what would it be?
Scott: Personal hell built just for me? There would be really loud afternoon TV advertisements playing at all times. Like for insurance, for injury law. It seems like it’s all life insurance, injury law and medications that play during the day, blaring at all times.

Adam Scott is a quiet standout

Did you play with a lot of tech when you were a kid? What was your first computer?
Scott: You know, my dad and my brother had the very first Apple II and then the Apple IIe, and then the very first Macintosh, which we still have. I don’t even know if it turns on anymore. I think it does.

My brother is still in computers. He’s a designer — a programmer — but I was never adept with computers on the level that my father and my brother were. But they were always around, and we would go to … what is the Apple convention up in the Bay Area?

I think AirPods are a real game-changer. I just love that they’ve kind of subtly changed my life in a weird way.

Macworld Expo.
Scott: We must have gone to that. I kind of grew up watching that evolve, watching Apple grow as a company. I still love their gear, and their gadgets are beautiful and intuitive.

So you’re an iPhone user?
Scott: Yeah. And I think AirPods are a real game-changer. I just love that they’ve kind of subtly changed my life in a weird way.

It keeps you connected, which is both good or bad. It makes being connected effortless. You can stay connected to an audiobook or a podcast or music or whatever it is.

It just makes it all easier. I mean, we’ve had headphones and earbuds for years. But these — it’s a brilliant design. I have other Bluetooth headphones from other companies, and none of them are as intuitive as the AirPods, which just blend in with your body. This is all sounding very sci-fi, but it really is a brilliant design. It feels like it’s part of you, in a weird way. I’ve found them to be my favorite Apple product in a long time.

Because of that seamlessness?
Scott: Yeah, ease of control too. It’s really simple just to double tap. I really love it.

I’ve had the Apple Watch now for a few months, and I’m starting to feel the benefits of it. And now I feel weird without it (gesturing to his bare wrist). But the AirPods are … a really simple step up in tech.

You’re not only an actor, you also produce. Are you at all looking at the world of virtual reality or augmented reality?
Scott: Not yet. But I think it’s inevitable that everyone will. It seems like things are heading in that direction.

But we’ve so far fallen short of integrating it into everyday life and into home entertainment on a grand scale. I’m not sure exactly what it is that’s holding it back from becoming something that everyone kind of just grabs when they’re ready to consume entertainment at home. You guys probably have a better handle on why it hasn’t. Maybe the ultimate set hasn’t landed yet.

Yes, some headsets are heavy, uncomfortable. Some people get nauseous, so throwing up kind of gets in the way.
Scott: Not the funnest part of being entertained.

But I’ve experienced it a few times, and it’s extraordinary. I think it’s just a matter of finding the wearable tech that’s seamless and comfortable, right? That’s the biggest hurdle, I would imagine.

Do you have a smart home? Are you into any smart home gear?
Scott: I mean, here and there. We haven’t fully jumped into that, mostly because I always feel a little reticent. You always feel like if you commit to something, it’s going to change. And I don’t mind turning on a light switch.

We have a [smart] thermostat, and it’s really handy. But I don’t need the entire home to be a smart home — at least not yet.

Self-driving cars: Good idea or bad?
Scott: I think they’re a good idea. It’s an exciting idea. And I think in a few years it won’t be dangerous anymore. It’s probably safer than a human driving a car right now. It’s where we’re headed. Whether it’s safe or not, that’s where it’s all going.

What tech do you wish had never been invented?
Scott: That’s a really good question, but I don’t know.

How about tech you’d like to see invented just for you that you haven’t seen?
Scott: I still feel like they haven’t perfected the pillow. Because even some of the memory foam ones, they’re — it’s great, but then it’s not. It’s too hot. I feel like the pillow has a way to go, and I’m willing and able to wait, but excited to find the perfect pillow. 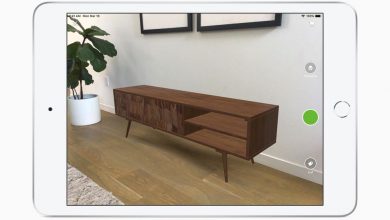 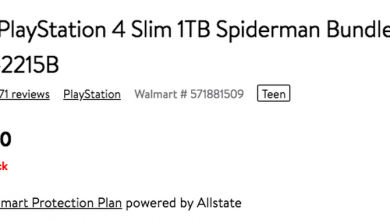 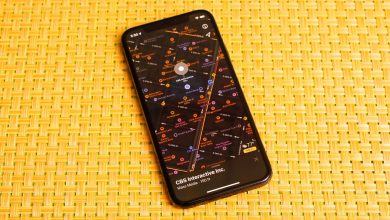 We found these 11 hidden features in iOS 13