[MUSIC]
These are the top five most absurd Apple cash grabs.
Apple.
The company makes some of the best products in the world.
The iPod changed music players.
The iPhone changed phones, and the iPad succeeded where no one else had.
There’s a lot to like about the company.
But sometimes, just sometimes, Apple makes some weird moves to get your money Let’s take a look at them.
Coming at number five storage.
Let’s talk about iCloud it’s being 5 gigabytes, that not too bad but then you look at Google offering three times storage for free.
It seems like Apple gives you a little for free because they want you to move to a paid tear.
What about local storage.
Let’s take a look at the iPhone XS Max.
To get an additional 192 gigs of space, it’ll cost you 150 bucks.
Hey, what does a 512 gig micro SD card cost?
Let’s go with this Samsung, and it’s $100.
Is Apple’s flash storage worth so much more?
Number four, the Pro Stand.
Let’s look at it in all its glory.
It’s that slim silver thing holding up the display.
Weighing in at a trim 9.4 pounds or 4.3 kilograms with a width of 7.1 inches and a depth of 9.3 inches, the Pro Stand costs $999.
What?
Does it do anything else other than hold the Pro Display XDR?
No.
Is it compatible with all kinds of displays?
I’m unsure about that.
The Pro Stand costs as much the 64 gig iPhone XS or a 64 gig 12.9 inch iPad Pro.
To be fair to Apple, I get that the Pro Display XDR is not meant to be a standard monitor for everyone.
The XDR supposed to be for professionals looking for a large color accurate display with a high resolution.
Should a stand for a monitor cost 20% as much as the monitor itself?
Maybe.
One more thing.
If you want to use the Pro Display XDR without the pro stand using a standard VESA monitor stand, you still need to get the $200 Apple VESA mount adapter.
This is not a first for Apple.
If you want it to attach an iMac to a VESA mount The adapter cost 80 bucks.
Let’s go to number three, the original Apple Watch edition.
The smaller model started at $10,000.
The larger 112 thousand dollars, the most expensive version cost $17,000.
I don’t think I have to say much about the.
This.
The fanciest model of the original Apple Watch, did not do anything hugely different than the other models.
Now why would an Apple Watch cost this much?
This was probably more a marketing thing.
Luxury watches can be crazy expensive.
A quick search showed a gold Rolex Day-Date 40, which was just 34,850 bucks.
So maybe Apple wanted to show the watch world is playing in the luxury league.
If you still want to pay los extra for an Apple Watch, check out the amazing models.
I mean number two dongle city, Apple products have always had an eye to the future.
The iMac G3 dropped the floppy disk drive in favor of a CD ROM drive.
[MUSIC]
Apple jettisoned FireWire, in favor of USB 2.0.
Okay, so far we all survived that.
Now, we’re at USB-C.
It’s clearly the future, but come on.
This is a picture of my desk at work.
We’ve got power, a dock that lets me hook up a USB-A mouse and a USB-A hub.
I’ve also got a USB C2 HDMI cable.
And my desk isn’t even that messy.
If I wanna charge my Apple keyboard or mouse, I need a lightning cable.
I have one but it’s lightning to USB A. Maybe I could get a USB C to lightning cable Apple.
What does that cost?
20 bucks..
Great.
And a quick mention about the iPhone.
At least Apple included a lightning to 3.5mm jacket [UNKNOWN] with some phones.
But then in September 2018, Apple decided Nah, you want an adapter?
That’s nine bucks.
And the number one most absurd cash grab from Apple is the 20th anniversary Mac from way back in 1997.
Take a look at this.
It looks like a prototype iMac.
The 20th anniversary Mac featured a 12.1 inch LCD panel, a CD-ROM drive, a floppy disk drive, a 2 gigabyte hard drive, and a maximum Of 128 megabytes of RAM.
Check out this flyer from around the same time showing up other computers, big old towers and thick CRT monitors.
What a time it was to be alive.
At the time, the 20th century Mac was a pretty slick machine and was intended to be a statement piece.
Although now they look at it again, it kinda looks like a laptop that’s fully opened.
Anyway, here’s the info you probably wanted to know.
This Mac had a retail price of $7,499.
That’s right.
It costs more than the new Mac Pro.
Using an inflation calculator.
The 20th century Mac would cost $11,939 today.
You made it to the end.
You are awesome.
Let me know in the comments or on Twitter.
What other things you found to be cash grabs.
From Apple, Google, whoever.
I’m Iyaz Akhtar, I’ll see you online
[MUSIC]

iPhone XR vs. Pixel 3: Which phone is best? 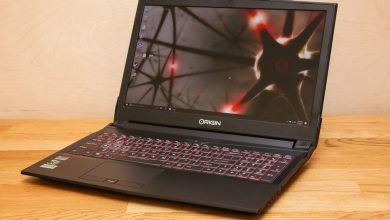 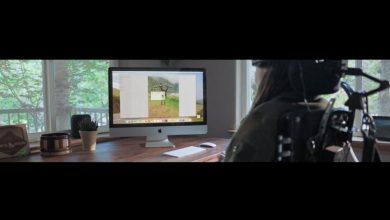 NBA Finals 2019: How to watch Warriors vs. Raptors live without cable