Ring’s $199 Door View Cam is a lot different than the other doorbells I’ve tested. Rather than a doorframe-mounted, hardwired or battery-power doorbell, this buzzer is mounted to the middle of your door.

It’s designed specifically to go on apartment doors with peepholes, replacing your old peephole, and installs without any wires or screws. Otherwise, this doorbell looks, performs and has similar features to Ring’s other cameras. Set it up using the the same Ring app, where you can view the live feed, adjust settings and more.

The Door View Cam works with Alexa, if you have a compatible smart display. Use a smart display to see the video feed on a larger screen and talk directly to the person at your door, all with simple voice commands.

There’s still a charge for even the most entry-level cloud storage option, Ring Protect, which begins at $3 per month and gives you 60 days of access to saved activity-based video clips. This will be even more disappointing after Apple introduces its 10-day free clip storage for its HomeKit-enabled cameras when iOS 13 launches. Pay the higher $10 monthly fee for professional monitoring, as well as the same 60-day clip access.

The portion of the doorbell mount that goes inside your door is more flimsy and plasticky than the camera on the outside. Because there aren’t any screws mounted directly to the door, it feels even less secure when I remove the faceplate to get to the rechargeable battery installed in the baseplate.

That certainly isn’t a dealbreaker, but I do think $199 is pushing it slightly for this product because of its simpler hardware, more minimal installation and plasticky inside mount.

The bigger potential concern relates to privacy. Ring and local police departments in the United States offer discounted — and occasionally, free — Ring doorbells to residents. Often in exchange, residents agree to hand over security footage to law enforcement on demand.

Overall, this doorbell is the best option today for anyone who can’t or otherwise doesn’t want to bother with hardwiring or messing up their doorframe with screw holes. It’s designed for apartment-dwellers, but any home with a peephole could make good use of this product, provided you’re willing to pay the $3 monthly fee — and understand the current privacy landscape of these technologies.

What’s in the box?

Out of the box, you get the camera, which mounts to the front of your door, and a backing that mounts to the inside of your door. The inside and outside portions still have a built-in peephole so you can see who’s at your door just like before.

The inside portion comes in two pieces, a baseplate and a faceplate, so you can remove only the faceplate to access the battery inside. As I mentioned above, the baseplate pulled away from the door nearly every time I removed the faceplate, since it isn’t really tethered to the door at the bottom. It’s only connected to the door via the peephole at the top. So while it didn’t feel like it was going to break, or fall off — it is held in place by the included tightening nut — the bottom half pulls away from the door too easily.

The installation process is extremely simple, certainly the easiest I’ve ever experienced. There’s no need to bother with circuit breakers, electrical wiring — or even using a screwdriver. It literally took me 20 minutes from start to finish, including configuring the Door View Cam in the app. And it only took that long because I was borrowing a coworker’s door to test it, and was extra careful along the way to not mess up the paint or otherwise ruin her door.

Check out the gallery above, as well as my video, embedded on this page, for the full installation details. But this process was incredibly simple. There’s even a peephole extender if the opening in your door is a little larger than the one attached to the Door View Cam.

The camera itself is shorter and has a slimmer profile than Ring’s other doorbells, but looks similar to the Ring Video Doorbell Pro in terms of style. It also has the same feature components — a camera with a 155-degree horizontal field of view, a motion detector, a speaker, a microphone and a button to ring the doorbell. And even though it is installed in the center of the door, no one will have trouble recognizing it as a doorbell.

Ring gives you a lot of options to customize your settings based on your needs. Even during configuration, the app asks a series of questions, like, whether you have a storm door, if your street is particularly busy and accounts for those things accordingly in the settings. With a storm door, for instance, Ring automatically shuts off night vision, since the lights used for night vision could reflect back into the camera when there’s a glass door in front of the camera.

You can also go into the Ring app any time and make changes. 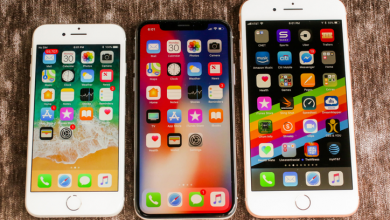 Giving your kid an iPhone for the holidays? Learn how to set it up right 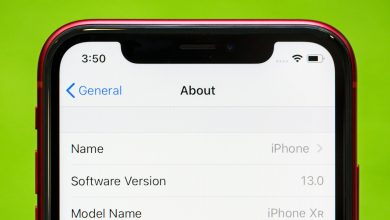 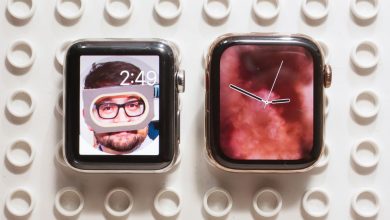 Apple Watch Series 4 vs. Series 3: Which one should you buy?

8 tips for improving battery life on your MacBook