Apple released a new iPod Touch for 2019 a couple months back. It costs $200 and has a small, low-resolution screen. If you already own an iPhone past the iPhone 5, there’s no reason to even consider buying the iPod Touch. Probably the same deal if you own a recent iPad. If, however, you’ve never owned an iOS device or have in the past and want back in, at $200 the iPod Touch is now the cheapest iOS entry point.

But it’s not your only $200 option. Nintendo this week announced a new scaled down version of its Nintendo Switch, called the Switch Lite. The $200 gaming system is smaller than the original Switch and can’t connect to a TV. So how does the Switch Lite compare to the iPod Touch?

In his review of the iPod Touch 2019, my colleague Patrick Holland very clearly lays out why, despite its appeal to certain consumers, most will want to skip the iPod Touch. And while I can totally understand and agree with many of his points, ultimately I see it differently.

I’ve been a stubborn supporter of iOS, and more specifically the Apple App Store, for nearly 11 years, since I bought the iPhone 3G in 2008. There are two simple reasons for that: I like the interface and its evolution, and the game and app selection in the App Store has never disappointed me.

That’s really it. I have an iPhone XS Max and absolutely have no need for the iPod Touch, but I’m excited for those of you who do. And here are three reasons I think the iPod Touch is a near steal at $200.

Later this year Apple will launch Apple Arcade, a subscription-based games service where you pay a monthly fee to play iOS games made by some of the world’s top game developers. The most exciting for me include Annapurna Interactive, makers of Donut County, and Mistwalker, headed by Final Fantasy creator Hironobu Sakaguchi.

The best thing about this service for owners of the iPod Touch, which has no cellular connection, only Wi-Fi, is that every game will be playable offline. That means you can play your games to your heart’s content even if you’re on the train or in the back seat of a carpool vehicle.

A subscription will cost the same for individuals or a family of six and will be compatible across iPad, iPhone and Apple TV.

I haven’t been this excited about an iOS update since iOS 7. That’s when Apple implemented the “flat” look of app icons. With iOS 13 it’s dark mode that has me the most giddy.

Honestly, what grabbed my attention was simply the fact that dark mode will be a purposefully designed feature — not just an inverting of the colors — that just looks cool in screenshots.

Also, iOS 13 will also bring a newly designed camera interface and editing options, as well as Sign In with Apple. Sign In lets users log in to apps and sites on their iPod Touch using their AppleID instead of their email address, which Apple says will prevent them from being tracked online and relentlessly targeted with ads.

The iPod Touch will work with AR apps in the App Store. That includes the iOS app Measure, which lets you virtually measure things in the real world by giving you a really flexible digital ruler. With Pokemon Go or the upcoming and highly anticipated Harry Potter: Wizards Unite, AR is kind of becoming a thing. And though I wasn’t excited about it initially, the more useful apps I find, like Measure, the more I’m becoming a believer.

To be sure, you’ll need a more powerful device to take advantage of some of the high-end AR apps, but for simple measuring, and for finding Pokemon, the new iPod Touch can handle it.

Bonus: It has a headphone jack

Yep, you can use Bluetooth headphones, or plug your wired ‘phones into that 3.5mm jack on the bottom edge, just like we used to do back in the day.

That either appeals to you or not, so I’ll say no more about it.

Or don’t. I mean, the Touch isn’t for everyone. But it’s cheap enough and offers enough current features, as well as some smart strategic future-proofing, to be worth your money if you decide to take the plunge.

Amazon and Google are listening to your voice recordings. Here's what we know about that 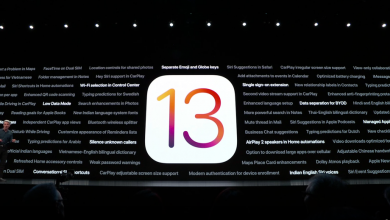 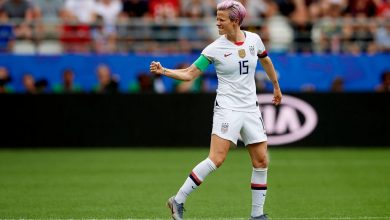 Women’s World Cup 2019: How to watch the US women’s team vs. France live 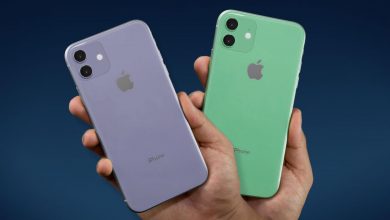 More iPhone 11 leaks and why Apple could ditch FaceID