The Galaxy Note 10 has its work cut out for it. Samsung phones have had a rough year. There have been a lot of them, but most have failed to make a splash (Galaxy S10 phones aren’t selling) and the one phone that did is now delayed. That leaves the Note 10 (and Note 10 Plus) as Samsung’s last shot to blow us all away before rival brands ratchet up the competition.

Samsung often holds back its very best components and software rollout for the Note release. This model is typically the largest and most advanced of the year’s Galaxy phones. Positioned as a device for power users, the Galaxy Note is also a bid against Apple’s forthcoming iPhones as we head into the hypercompetitive holiday crush.

But impressing me — and more importantly, prospective buyers — is about more than battery size and storage capacity. I already know that the Galaxy Note 10 is going to have All The Specs. To me, the Galaxy Note’s success will be defined by the details. Can Samsung catch up with competitors like Huawei and Google on camera prowess? Are there those elusive, but all-important intangibles that make a phone a pleasure to use every day?

When you’re playing at the very top level as Samsung does, small differences, for example, between an incredible low light photo and a merely good one, could change a buyer’s mind.

Here’s what the Note 10 needs to have to be great.

The Galaxy phone design is getting stale. Samsung likes to move around the camera placement to help differentiate each year’s models, but the same curved sides we see on nearly every Galaxy phone, and that ultrareflective glossy backing, feel tired.

A refresh is long past due. For example, Huawei, Oppo, Vivo and OnePlus (the last three brands are connected by the same umbrella organization, BBK Electronics) have all trotted out exceptionally eye-catching designs with unctuous gradients and 3D chevron patterns. At long last, leaked images show that Samsung could embrace a similar look. The Galaxy Note 10 is also rumored to come in pink.

I also hope that Samsung thinks about the curvature of the Note 10’s screen. The dual curved edges are now standard on the higher-end Galaxy phones, and while I love the way they help immerse me in the world on the screen, the design also introduces a couple of problems.

As bezels shrink and screens become truly edge-to-edge, the usable screen stretches all the way to the curve. I’ve had problems with phones like the Galaxy S10 Plus registering my finger when I tap the edge to place the cursor.

I also frequently use Samsung’s edge panel software, a menu of shortcuts you can access from any screen. On curve-screen phones, that tab rests right on the screen bend, which makes it tricky to access with a swipe.

While the precision of the Note’s S Pen stylus might help, I find that I use my fingers at least half the time — hopefully Samsung has found a happy medium between the radius of the screen curve and how far the active display extends.

Give us an in-screen fingerprint reader that works every time

I was pumped to try out the Galaxy S10 Plus’ in-screen fingerprint reader. So futuristic. So convenient to unlock the phone when it’s lying on a desk, without having to pick it up to get to the rear-mounted sensor. My enthusiasm didn’t last long.

The Galaxy S10 Plus’ in-screen fingerprint reader  just doesn’t work well. Even after enrolling my primary thumb twice to increase my odds of unlocking the phone on the first try, it routinely takes two, three, or even four attempts to actually unlock the Galaxy S10 Plus. I often wind up just typing in my 6-digit code in exasperation.

Multiple software updates from Samsung haven’t helped, and the recommendation to delete all the prints and re-enroll them (for the third time) isn’t a satisfying or practical solution.

Better yet, give us face unlock

Google has already announced that the Pixel 4 will have secure face unlock like the iPhone X family of phones. That’s to say, it’ll use a dot projector to map your face. This has been a long time coming, but Samsung could have potentially gotten there first.

The Galaxy S10 lineup dropped the iris scanner that would have been secure enough for mobile payments. Samsung introduced that feature with the Galaxy Note 7, but pulling it in 2019 will mean its phones will fall behind the Pixel 4 when that phone launches — Pixels usually arrive in October.

When photos are the currency of your day, your phone had better have an industry-first camera. The Galaxy S10 Plus takes great shots. I get compliments all the time, even for images that don’t apply filters. But good as they are, Samsung is no longer at the top of the game for photos or video.

And while the Galaxy S10 Plus has three lenses that make it easy to zoom in close or take a wide-angle photo, the P30 Pro and Oppo Reno with 10x zoom both get much closer from further away, with impressively crisp details. Samsung is rumored to be working on a 5x optical zoom of its own, but it’s unlikely we’ll see it in the Note 10.

The current rumors point to a main camera, telephoto lens and ultrawide angle lens on the Note 10 (just like the Galaxy S10 Plus), with a time-of-flight sensor (ToF) for the even-larger Note Plus. The ToF sensor could assist with portrait video as on the Galaxy S10 5G.

Most important to me is to see the quality of low-light shots improve, whether through a standalone app or in the phone’s native camera itself.

I like the S Pen stylus, the digital pen that gives the Note line its name. I mostly enjoy using it to take notes (it gives the typing fingers a break) and to navigate the phone’s interface without smearing it up with finger grease.

This year however, it’d be nice for Samsung to figure out a use case that people really care about. The S Pen is great for writing, taking precise screen shots and doodling, but I’m going to go out on a limb and assume that most people aren’t drawing detailed images with precise shading.

The Note 9 added Bluetooth capability, which lets you use the S Pen to take photos from afar, as a remote camera trigger. That’s nice, but not entirely necessary. The current rumors suggest that the S Pen will gain more features that will allow you to use it for gesture navigation, a bit like the Pixel 4 features that Google just announced.

We’ve been burned by gesture navigation before. Years ago, Samsung even used a version that let you advance photos and songs by passing your hand across the screen. I wasn’t a fan then, but times have changed, and perhaps this future — if it emerges — has too. 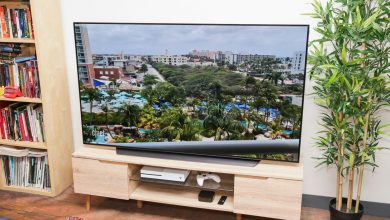 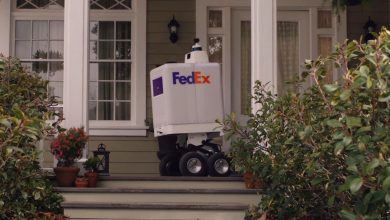 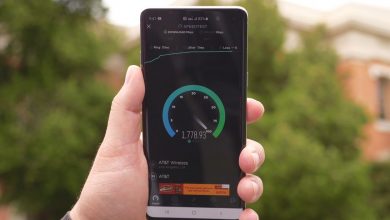 Our AT&T 5G speed test yields the craziest speeds yet