Anticipated to launch in October, the success of Google’s next flagship phones, the Pixel 4 and 4 XL would be crucial for the company. True, Google’s most recent phones, the midrange Pixel 3A and Pixel 3A XL, are doing well, even though it’s not being sold by AT&T. It doubled Pixel sales, continues to impress users with its camera and CNET Editor Daniel Van Boom called it the most important phone of 2019.

But last year’s Pixel 3 and 3 XL didn’t sell as well despite their exceptional cameras and critical acclaim. This could be because the phones are exclusive to Verizon (though they work on other US carriers), plus the fact that people in general aren’t buying phones
as much as they used to. The phones are also expensive, unlike the Pixel 3A phones. There have been reported issues with the Pixel 3’s performance too (but we at CNET haven’t experienced them personally), and the company just settled a class-action lawsuit that will pay out $500 each to owners of the first Pixel phone.

Now more than ever, however, we have a better understanding of what Google’s next flagship phones, the Pixel 4 and 4 XL, will be capable of. On Aug. 7, the company released the sixth and final beta update for Android Q, which means the official release of the OS is just a “few weeks away,” according to the company’s developers blog. In addition to software, Google unexpectedly “leaked” an official image of the Pixel 4 in June, and then later threw another curveball by releasing a video on YouTube
about the phone’s face unlock and motion-sensing capabilities.

Google spills the beans on the Pixel 4

The Pixel 4 and 4 XL will serve as Google’s ultimate take on its mobile OS, which is also the most popular OS in the world, and the phones must stand out, not only from the Apple iPhone but other Android rivals like those from Samsung. Right now we are months away from its release, so in the meantime, read on to see what has been speculated so far and check back as we update this piece with interesting rumors as they arise.

As mentioned above, the Pixel 4 is a real phone — none other than Google announced that it’s coming. Not only did the company confirm the name, but it included an image, which depicts multiple rear cameras encased in a square housing.

There was another, less official instance when Google confirmed the existence of the phone in April, when a Google employee commented on Google’s Android Open Source Project. Buried in a thread about Google’s memory error detection tool, and spotted first by 9to5Google, the employee refers to the Pixel 4 twice:

In the comment, the poster writes, “The plan was to first deploy this on Pixel 3 and make sure that everything actually works. Then move on to Pixel 4 and so on. If I had a Pixel 4 device…” Though the thread doesn’t go on to reveal anything else about the phone, at least we learned that it’s called the Pixel 4 and that it’s on its way.

Confirmed: It will have face unlock and motion sensors

Face unlock and motion sensors were rumored back in June and confirmed by Google on Monday. The company released a video and blog post showing that the Pixel 4 will have a Soli radar chip. This will allow the Pixel 4 to have face unlock, which is similar to Apple’s Face ID, and the feature will be secure enough to verify digital payments. The chip can also sense motion, and lets you “skip songs, snooze alarms and silence phone calls” by waving your hand in front of the phone. The technology was developed internally by Google’s Advanced Technology and Projects team.

The feature is not unlike the LG G8 ThinQ and offers a glimpse into a touchless phone future. The FCC first granted Google approval to use Project Soli sensors in December 2018 for aircraft.

Likely: Pixel 4 has one front-facing camera

Back in June, supposedly a Pixel 4 was spotted in the wild by a tipster for 9to5Google showing that the phone had two front cameras (like the current Pixel 3) and a large “forehead.” But Google’s sketch of the Pixel 4, which was used to show where the Soli radar chip was located on the phone’s front-facing array, also showed that the phone had a single front-facing camera.

We’re unsure why Google would drop the second wide-angle camera from the phone, as it was useful on the Pixel 3 for taking wide selfie shots. Seeing how Google can render portrait photos with just one lens, perhaps the Pixel 4 will be capable of taking standard and wide-angle shots using just software. Google declined a request for comment.

Likely: We’ll see it in October

This isn’t based on any specific rumor, but since the first Pixel launch in 2016, Google has released its flagship in October. The pattern usually goes like this: Google holds its I/O developer conference in May to go over the latest Android OS and software updates. Then in October, it has another presser that highlights Google’s hardware developments and it introduces a new flagship running the Android version previewed in May. There have been curveballs — for instance, this year Google unveiled the Pixel 3A and Pixel 3A XL in May. But that still puts us on track to see the Pixel 4 (and maybe Google’s smart home endeavors) in October.

Like with past Pixel phones, the Pixel 4 line will be one of the first — if not the first — phones to run Android’s latest OS. Because Google OS names are alphabetical, the upcoming update is temporarily known as Android Q before its official name launches. Although it’s not out yet, Android Q will reportedly have a systemwide dark mode, new permissions features, improved facial recognition and enhanced security.

Rumor: Pixel 4 may have a 90Hz display

Perhaps joining the ranks of the OnePlus 7 and the Razer Phone 2, the Pixel 4 may be equipped with a 90Hz display according to 9to5Google. That means that while most phones have a refresh rate of 60 frames per second (put in another way, in one second the display refreshes 60 times), the Pixel 4 would refresh at 90 fps.

From our time reviewing phones with 90Hz displays, we can attest that things like scrolling through webpages and apps do feel more fluid, and it’d be an exciting feature to have on the Pixel 4.

Rumor: Pixel 4 XL could also have two back cameras

While previous Pixel XLs launched with just a single camera on the back, leaked photos posted on (once again) SlashLeaks indicate that the Pixel 4 XL may have two rear cameras. Google has typically relied on its camera software to do things like taking portrait photos that other phones require multiple rear cameras to accomplish, so it’s interesting that Google may possibly add another. The same leaked photos also show the phone with the aforementioned hole-punch display.

The Pixel 4 may have a feature that would allow a user to switch between two functioning phone lines
. This is an update from the previous Pixel 2 and Pixel 3 (and their larger counterparts the Pixel 2 XL and 3 XL). Those phones have a standard SIM card slot and an eSIM. While you could have two numbers provisioned for the device, you could only talk, text or use data on one line, while the other remained inactive. In other words, only one SIM could be activated at a time.

But the Pixel 4 would be able to have two active SIMs. If either is being used to make a call or text, however, the other line won’t be able to take calls or text for the time being. This is similar to how the new iPhones and other Android phones operate.

Comcast, Charter will reportedly use Verizon for 5G service 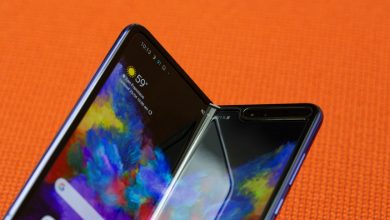 Samsung overhyped the Galaxy Fold, but it’s our fault it was delayed 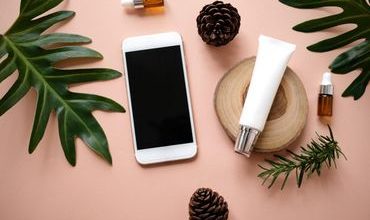 How to clean your phone screen the right way: 9 things to never do 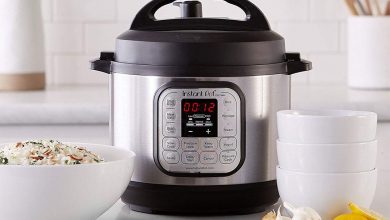 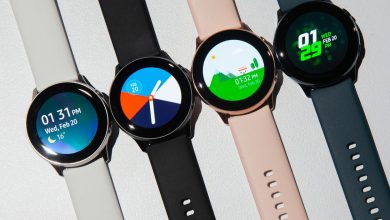 Your older Samsung watch may now have new features