The next batch of iPhones may carry a new number in their names, but make no mistake — this is another “S” year. If the rumors hold true, Apple will unveil phones with essentially the same design for a third year in a row.

Apple will confirm this when it hosts its annual phone launch, with the event kicking off Tuesday at 10 a.m. PT in the Steve Jobs Theater on Apple’s Cupertino, California, campus. It’s expected to introduce three new iPhone models, replacing the iPhone XS, XS Max and XR with the rumored iPhone 11, 11 Max/11 Pro and 11R. It also could update its iPad and Mac lineup, as well as introduce new AirPods, HomePod and other products. And its streaming services should make their debut, complete with pricing.

It’s the new iPhones that will get the most attention and the biggest sales, though. The devices likely will get faster processors and the latest iOS software — essentially the baseline updates required every year. The biggest changes are expected to be a third camera lens on the back of the Pro models and a second on the R version. The iPhones also should come with the ability to wirelessly charge AirPods on the back of the iPhone (a feature Samsung introduced earlier this year with the Galaxy S10) and include improved Face ID, among other tweaks.

What the new iPhones likely won’t have, though, are major changes in design or function. The lack of big upgrades come at a time when all of Apple’s competitors have made big tweaks to their own designs, from the Samsung’s Galaxy Note 10’s nearly all-screen design to the OnePlus 7 Pro’s pop-up camera. And Apple won’t pack in features considered by many to be the future of mobile devices: 5G and foldable displays. If you want those in an iPhone, you’ll have to wait until 2020 — at best.

“Apple is falling further behind many of its competitors when it comes to overall innovation and that’s even in an era when the smartphone industry as a whole has stalled,” Technalysis analyst Bob O’Donnell said. “It’s going to be hard to get people excited about the new iPhones.”

The iPhone 11 comes as Apple faces some big challenges.

New tariffs imposed on goods imported from China are slated to hit the iPhone and other Apple electronics later this year, which would make the devices more expensive. At the same time, buyers are increasingly opting for less expensive phone models — the iPhone XR instead of the XS, for instance. People are also hanging on to their phones longer, and are reluctant to spend around $1,000 on a new phone every year or two.

And by all accounts, this year’s iPhones sound a lot like S models in everything but name.

In the past, Apple released an S model of its popular phone every other year, improving some features but keeping the same old design. Some people preferred to buy iPhones during those off-years because they believed Apple had perfected the design by that point. But it’s when Apple debuts a redesigned iPhone that really gets the blood pumping for fans.

By keeping the same essential design and features for three years in a row, Apple’s not giving people a reason to get excited — or to upgrade.

In fiscal 2016, the first full year of iPhone 6S sales and the first weeks of iPhone 7 sales, Apple’s smartphone unit sales dropped for the first time ever, down 8.4% for the full year as fewer people bought the iPhone 6S. The following year, sales rose from 2016’s level — but they still lagged behind 2015’s sales.

“Apple iPhone is struggling at the moment, and this year’s upcoming new models are unlikely to change that,” Strategy Analytics analyst Neil Mawston said. He added that Apple “is in a holding pattern,” waiting for its “next big upgrade wave” with a 5G iPhone in the second half of 2020.

“Until then, iPhone will continue to struggle and lose ground to Samsung and Huawei,” he said.

It’s that decline in unit sales that has Apple looking elsewhere for its next jolt of growth.

Beyond iPhones, Apple will likely offer us a clearer look at some of the services it teased back in March, namely Apple Arcade and Apple TV Plus. We’ll likely see a firm date for availability and pricing — and whether the services can be combined for a discounted bundle.

Apple Arcade is rumored to cost $5 a month, while Apple TV Plus may run you $10 a month. The services are likely to launch in November. This comes on top of Apple Music, as well as Apple News Plus, which launched earlier this year.

While Apple sees these services as the future, iPhone sales are still important because they represent the potential base of customers. You’re probably not even considering these services if you own an Android phone.

The future of phones

If you’re planning to buy a device you’ll hold onto for several years, you’ll likely want your next phone to have 5G. The networks are just turning on now, but by late next year, coverage should be broad in the US and in many international locations. And aside from the iPhone, every major Android handset should come with a 5G option over the coming months.

While 5G networks are still getting built out, and the coverage is inconsistent now, those Android phone makers are gaining experience on how to tune their devices to better tap into the next-generation networks. And 5G gives rivals another example of why they’re outpacing Apple on innovation.

Apple is working on a 5G phone, but it’s behind its rivals, largely because of its licensing battle with chip supplier Qualcomm. When the two companies reached a settlement in April, it cleared the way for Apple to again use Qualcomm modems in its iPhones. But that also meant it was too late to get 5G into this year’s batch of iPhones.

Beyond 5G, Samsung and Huawei have developed phones that have screens that fold. Those devices have had their problems — Samsung delayed the launch of its Galaxy Fold by five months to fix screen issues, and Huawei hasn’t yet launched its Mate X despite original plans to sell it this summer — but foldable phones are expected to eventually be the norm. Even lower-cost handset makers, like Alcatel parent TCL, are developing devices with foldable screens.

Apple hasn’t yet shown any products with folding screens, though it’s likely working on something in its labs. It tends to perfect products before releasing them, even if that means it’s behind its rivals by months or years. Still, delaying too long with foldables and 5G gives Apple’s competitors the chance to define what the future of phones will look like.

For now, Apple will release its three new devices, likely pleasing a couple of groups, said Creative Strategies analyst Carolina Milanesi. The annual upgraders will like the changes to the larger iPhone Max, such as reverse charging.

“While small things, it helps to take away some of the friction you have today when you have multiple Apple products and you are looking for that ‘better together’ experience,” Milanesi said. And people looking at the cheaper iPhone XR would find the second camera lens — at what’s expected to be the same price — a big selling point.

Google's got a new face-tracking camera for your home. We've got questions 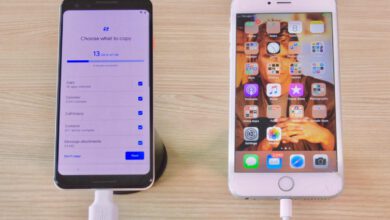 Swapping Your iPhone for Android? Here Are Easy Ways to Transfer Your Data 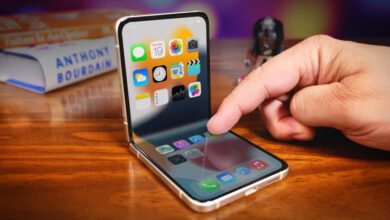 When Is the Apple iphone Flip Heading to Occur Out? – Video clip 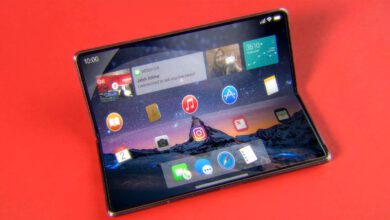 Why Apple’s Foldable iPhone Isn’t a Thing… Yet 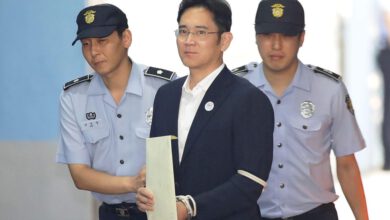