Apple Arcade is here, but with it come questions. Is it a game platform? A subscription service? A game store? Apple Arcade includes elements of all three, but at its most basic, it’s a new tab in each of Apple’s on-device app stores. For $4.99 a month, it offers unlimited access to a catalog of 100-plus curated games, which look and play the same across almost any Apple device, from iPhones and iPads to Macs and the Apple TV. Based on that alone, it’s a radical reimagining of how the multibillion-dollar games industry works, divorcing game content from game hardware.

The video game experience has always been a combination of hardware and software, each linked to the other in a symbiotic relationship. For all the talk about the games themselves — retro classics from Pong to The Legend of Zelda, and new classics such as Control and Super Mario Maker 2 — there’s an inescapable fetishism for the hardware half of that ecosystem. Sometimes it takes the form of gaming PCs, dressed up with LED lights, brushed aluminum cases and extraterrestrial logos. Other times it takes the form of the classic NES silhouette, often copied, imitated or recreated and instantly recognizable across generations; or the minimalist lines of a PlayStation 4, looking like a hybrid of set-up cable box and high-end stereo rack system.

Smartphones have democratized gaming somewhat, but most mobile-first games are more time-killers than premium gaming experiences, built around free-to-play models designed to lure gamers into endless microtransactions. Like a frog slowly boiling in ever-hotter water, a freemium game may end up costing many times the $5-$10 you’d never pay for a more premium game in the first place.

While there’s still a certain cachet to seeing a film up on a big cinema screen, that’s not the only way to do it. The same film easily plays on a TV, laptop, phone or tablet. Sure, the scale of the experience may change, but Once Upon a Time in Hollywood will impress on any device, and the new Hellboy is terrible at any size.

The reasons no one has managed the same evolution for video games aren’t purely technical, a matter of pushing enough pixels. It’s also the need for games to self-segment into core games, casual games, mobile games and endless other subdivisions. While we also categorize movies, books and TV shows by type, we do it without restricting the form factor they’ll work on. Imagine having one Kindle e-book reader for nonfiction, and another that only worked with James Patterson books.

Apple Arcade embraces a new direction in offering wider access to games, but it’s not alone. Google’s Stadia service, launching later in the year, Nvidia’s GeForce Now service and a handful of others all want to be the heralds of the new same-game-play-anywhere model. The endgame is the same in each case — the games become hardware-agnostic, making you a potential customer at home, at work, on vacation, anywhere.

OK, that may be an overly broad brush, as Apple Arcade will require at least some form of Apple device; Stadia will need a device that can run the Chrome browser, and so on. But that’s certainly a far cry from having a game that will only play on one $300-$500 living room console but not the other $300-$500 living room console. It’s a bewildering state of affairs I’ve likened over the years to Sony DVDs (to use a dated reference) only playing in Sony DVD players.

So what defines the game platforms of the future when it’s not hardware specs or industrial design? Instead it will be curation, discoverability and an investment in original content.

Six-plus years ago, I boldly predicted that the then-upcoming generation of living room game consoles (the not-yet-released Xbox One and PlayStation 4) would be the last we’d see of their type. Future consoles would be no more complex than a Roku box, merely acting as gateways to cloud-based services, where games lived on giant high-powered server farms and beamed themselves in real time, to any screen.

On that count I was dead wrong. Or maybe just a half-decade or so too early. Apple Arcade and Stadia are finally bringing the future I expected from Microsoft and Sony. They build on the ruins of earlier services like OnLive, which were great proof-of-concept vehicles, but were just a little too early and too ahead of the curve. Nvidia’s GeForce Now is like the middle ground, a perpetually-in-beta service that works just well enough to convince you this is the future, but not quite reliable enough to actually be, you know, fun.

Apple Arcade jumps the broadband hurdle of Stadia and GeForce Now by downloading its modest-sized game files directly to your local device, or continuously preloading the next section of the game on an Apple TV box with limited storage space.

The biggest potential pitfall for Apple Arcade at the start is its Day 1 game lineup. There are several big names working on Arcade games, from Will Wright (The Sims) to Hironobu Sakaguchi (Final Fantasy), and some major publishers, such as Capcom and Konami. But the first wave of games demoed by Apple during the iPhone 11 launch event looked and felt more like slightly fancier mobile phone games than cross-platform experiences that could compete with an Xbox (or at least a Nintendo Switch).

Frogger in Toy Town was an odd choice for the first trailer shown on-stage during that event, while most of the other games demoed were 2D side-scrolling experiences, not the console-like “big” games such as Beyond a Steel Sky or Sakaguchi’s Fantasian. Those are coming later, but hopefully not too much later.

Of the first batch of Apple Arcade games I’ve tried, my two favorites fall into neither camp. They’re both isometric 3D games built around very analog ideas. Where Cards Fall uses stacks of playing cards to solve puzzles, while Overland plays like a miniatures-on-a-map tabletop strategy game. Console gamers will take to Oceanhorn 2, a very convincing Zelda-like 3D adventure that could fit in on any current game console.

For $4.99 a month (£4.99 in the UK, and AU$7.99 in Australia), Arcade is a low-risk investment to see if it’s for you, and there’s even a one-month free trial. If you do opt for Arcade, the cost works out to $60 a year. Coincidentally, that’s the price of a single mainstream console game, while Arcade gives you access to those 100-plus games.

The game service subscription market is already getting crowded, with offerings from EA, Microsoft, Google and others. There’s likely not room for more than a few long-term players, so even with a built-in audience of iPhone, iPad, Mac and Apple TV owners, Apple Arcade still has much to prove.

Emmys 2019: Predictions, start times and how to watch 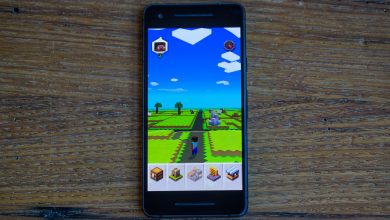 Loved Pokemon Go? Here’s how to get started with Minecraft Earth on your phone 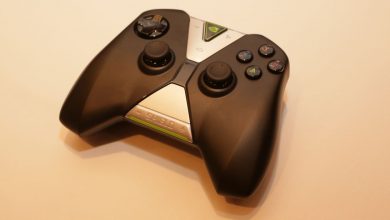 CES 2020: Rise of cloud gaming and death of the video game console 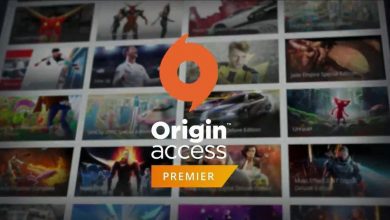 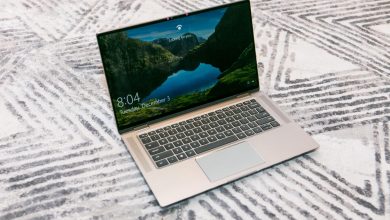 How long Windows 10 will last before you need to replace it: 3 facts to know