Facebook just released a fresh set of Portal smart displays — a new, 8-inch Portal Mini, a second-gen, 10-inch Portal, and a Kinect-like camera accessory that turns your whole TV into a video-chatting Portal device. That 10-inch model might be the one that draws the most interest. It’s the same size as its top competitors, the second-gen Amazon Echo Show and the recently released Google Nest Hub Max — but at an asking price of $179, it’s $50 less expensive than either of them.

Facebook’s Portal displays put an emphasis on video chats as the primary use case, and that’s Facebook flexing its muscle. According to Statista, Facebook Messenger and WhatsApp are the two most popular messaging apps in the world, and Portal displays include full support for both of them. Meanwhile, Amazon and Google each have a commanding lead when it comes to their respective assistants. Both Alexa and Google Assistant offer well-refined conversational intelligence and wide support from third-party products and services.

Between their respective smart displays, Google’s Nest Hub Max looks like the closest competitor to what Facebook is offering. It matches Facebook’s ability to track your movements during a call, and it sprinkles in an interesting mix of additional features, too. Released a little over a week ahead of the announcement of the new Portal gadgets, the Nest Hub Max is also just as fresh as Facebook’s lineup, too.

If you’re trying to choose between them, you’ve come to the right post. Here’s a breakdown of everything that sets them apart — camera capabilities, design, assistant smarts and the way each one handles user privacy, too.

Note that CNET editors pick the products and services we write about. When you buy through our links, CNET may get a commission.

If you make lots of video calls — particularly via Facebook Messenger or WhatsApp — it’s hard to argue against the Portal as the most sensible smart display you can buy. Like the Nest Hub Max, its camera can automatically pan, tilt and zoom to follow you as you move around the frame during a video call, and while the 114-degree lens doesn’t offer quite as wide a look at the room as the Nest Hub Max, it offers twice as many megapixels — 13 for the Portal compared to 6.5 for the Nest Hub Max. That means it’ll take sharper, better-looking video of you during calls.

Beyond that, Portal smart displays also include fun, Snapchat-like filters for your face — things like silly hats and animated masks. Those come in handy when you’re using the Portal’s dedicated Story Time mode, which turns video chats into interactive storybooks that you can read to your kid. That might make the Portal a great gift for Grandma and Grandpa.

Another nice touch — you can use the Portal in both portrait and landscape modes, which gives you an extra bit of flexibility during those video calls. The Nest Hub Max is only meant to be used in landscape mode.

Outside of video calls, the Portal works like other smart displays. You can ask it to show you the weather or set a timer, you can ask it to play music from supported services like Spotify, and you can pull up videos from Facebook Watch, which also supports Showtime, Amazon Prime Video and CBS All Access (disclaimer: CBS is CNET’s parent company). The built-in, “Hey Portal”-activated assistant isn’t nearly as well-developed as the Google Assistant is, but Portal devices also include full access to Alexa, so you’ll still find plenty of ways to put the thing to use.

Portal devices put a Facebook-connected camera and mic array into your home, which raises some obvious privacy questions. That said, they all include physical shutters that you can use to cover the camera when you aren’t using it — the Nest Hub Max, meanwhile, skipped the shutter in favor of a digital kill switch that disables the camera electronically without covering it. The Nest Hub Max also uses facial recognition software to track faces, which raises some privacy concerns of its own. The Facebook Portal doesn’t use facial recognition at all.

Amazon’s Alexa got off to a hot start in the smart speaker category, but Google found an edge of its own with its Nest Hub smart displays (formerly Home Hub), all of which boast the best user interface we’ve tested. Each of them is snappy and responsive, and they do an outstanding job of showcasing information in a way that feels simple and intuitive without cluttering up the screen too much. Plus, the built-in ambient light sensor is terrific at automatically dimming the display to match the room and keep your photos looking their best.

Facebook’s Portal has an ambient light sensor of its own, and we’ll know a little more about how well it works once we’ve had some time to test the thing out. But it’s a safe bet that Google will still be on top when it comes to the overall look and feel of the touchscreen interface.

Google makes the most of those software strengths in other ways, too. For instance, the camera uses facial recognition software to learn faces — when it recognizes you, it’ll let you tap on the screen to see personalized notifications and bits of info from your calendar. It recognizes gestures, too — just raise your hand when you’re near the device to pause or resume playback.

Google also offers a wider overall selection of media partners to stream from, including services such as HBO Now, Deezer, Crackle and YouTube that aren’t currently available on Portal devices. You can make video calls, too, though you’re limited to using Google Duo.

Want something smaller than either the full-size Portal or the Nest Hub Max? You’ve got options:

If you want a smart display but don’t want one with a camera in it, give some strong consideration to the original, smaller-sized Google Nest Hub. You get the same user interface as the bigger version and the same Google Assistant smarts, and the smaller, 7-inch screen helps it blend into your home a little better while still keeping it right in the glanceability sweet spot.

Losing the camera also means losing out on those advanced face- and gesture-tracking features, but it’s still a terrific pick (and frequently available on sale for less than $100). Despite the launch of a couple of new smart displays this year, it’s still our favorite one overall.

Amazon’s newest, smallest Alexa smart display is the Echo Show 5, which arrived earlier this summer with a pint-sized 5-inch screen. Unlike the Nest Hub, it includes a camera, but Amazon also included a privacy shutter this time around, something it left off with the full-size Echo Show.

That makes it much easier to imagine using it as an alarm clock beside your bed. It even includes a sunrise feature that gradually brightens the screen during the 15 minutes prior to your alarm.

Like the Nest Hub, Amazon’s Echo Show 5 can frequently be found on sale. In fact, as of writing this, it’s marked down to $65 at Amazon and at Best Buy. If you’re just looking for a decent smart display at a great price, that’s pretty hard to beat.

Apple TV Plus: Everything to know about Apple's $5-a-month streaming service 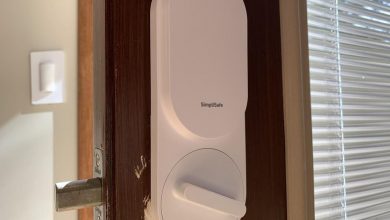 SimpliSafe Smart Lock review: Not the smart lock I’ve been waiting for, but close 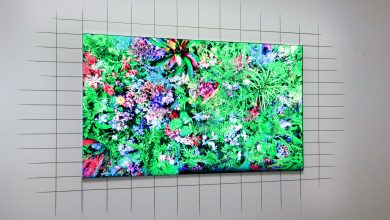 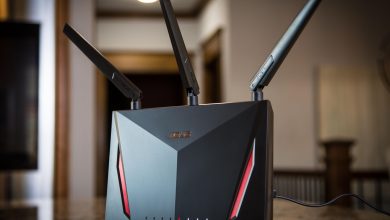 Here’s how to get lower ping for online gaming 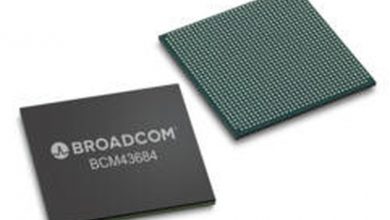