Mrs. Maisel amazed us, Game of Thrones played out and Chernobyl blew up. It’s been a massive year for television, but which of these TV shows will claim the honor of an Emmy award?

The 71st Primetime Emmy Awards take place at the Microsoft Theater in Los Angeles and will be broadcast in the US by Fox this Sunday, Sept. 22, starting at 8 p.m. ET/5 p.m. PT.  Before we dive in to all the nominees and predictions, let’s cover how cord cutters can actually watch it.

How to watch the Emmys without cable

Fox will both broadcast the Emmys and livestream the show via the Fox Now app and on Fox’s Emmy page, but you’ll need to log in with a pay TV account. If you don’t have cable or satellite TV, you can use a live TV streaming service. Not every service carries every local network, however, so check each one using the links below to make sure it carries Fox in your area.

Sling TV’s $25-a-month Blue package includes Fox. Click here to see if you live in a market that offers Fox. (Sling TV is currently discounted by 40 percent for the first month.)

Hulu with Live TV costs $45 a month and includes Fox. Click the “View all channels in your area” link on its welcome page to see which live, local channels are offered in your ZIP code.

PlayStation Vue’s cheapest $50-a-month Access plan includes Fox. You can see if a live feed of Fox is available in your area here.

YouTube TV costs $50 a month and includes Fox. Plug in your ZIP code on its welcome page to see if a live feed of Fox is available in your area.

AT&T TV Now’s basic $50-a-month Plus package includes Fox. You can use its channel lookup tool to see if a live feed of Fox is available where you live.

FuboTV costs $55 a month and includes Fox. Click here to see if you live in a market that offers Fox.

Unfortunately, the Emmys won’t be broadcast in the UK. You’ll have to buy a VPN to watch via Fox or the other US streaming services. In Australia, the Emmys will be airing live on Fox8, or you can stream the show online with the Fox Now app or on Fox’s Emmy page.

If you’re hungry for extra Emmys content, head to ET’s stream of red carpet arrivals, or to the TV Academy’s stream of what’s going on backstage. Then check out IMDb’s one-hour live aftershow featuring interviews with winners, presenters and more.

This year is going to be big for Game of Thrones — the show ended in May, and 2019 is its last chance to scoop a third Emmy for best drama. HBO’s phenomenally popular fantasy show leads the pack with 32 nominations, despite a final season that divided viewers (it already won 10 awards at this year’s Creative Arts Emmys). Nine of the show’s stars are nominated for the lead or supporting actor categories, including Gwendoline Christie who nominated herself much to the confusion of fans.

Thrones plays a big part in making HBO the network with the most nominations. This year HBO claims 137 noms for shows including pitch-black comedy Barry and cutting satire Veep, which also ended this year. The network brought us powerful one-off dramas Chernobyl and Sharp Objects, while you can currently catch up with the new season of Succession, a biting look at the luxurious lives of the super-rich that plays like Game of Thrones with helicopters and boardroom battles instead of dragons and sword fights.

Just behind Thrones is When They See Us, with 16 nominations. The hard-hitting docu-drama is based on a true story, a big trend on the big screen and increasingly dominates the small screen. Chernobyl, Escape at Dannemora, A Very English Scandal and Fosse/Verdon are other true stories on the shortlist.

When They See Us is one of many shows to earn nominations for streaming service Netflix, which could win awards for shows like Ozark, Russian Doll and the final season of House of Cards.

Netflix rival Amazon Prime Video has been nominated 47 times, including 20 for the streaming service’s irrepressible original show The Marvelous Mrs. Maisel. Amazon also claims nominations for Fleabag and A Very English Scandal, which appeared on the BBC first.

How will fan reaction to Game of Thrones and other shows influence Emmy voters? Look here for the full list of nominees, and here for a handy guide on how to watch their shows. It also might be useful to check out this guide to who’s behind the voting, what with a level of secrecy surrounding the whole thing.

Also note that the Emmys are following in the Oscars’ footsteps by not having a host. It worked out for the Academy, so let’s hope one of TVs biggest nights has a good one too.

It’s got to be Thrones — partly because it’s likely most Emmy voters will have actually watched the show’s entire eighth and final season, and partly because there may be some goodwill toward sending the massively influential show out with a bang. That’s not to mention the hefty bundle of Emmys it bagged at the Creative Arts Emmys — focused on technical achievement, which aside from one controversial episode, has been one of Thrones’ best assets.

Veep is also heading out the door after its seventh and final season aired in May, but with so many worthy competitors in the category it has dominated for the last four years, it may have to step aside for the likes of the Bill Hader-starring Barry. The dark comedy’s second season not only bettered the first, it turned heads with a surreal standout episode upping its credentials as something completely unique on TV.

It’s between Chernobyl and When They See Us for sure. But Ava DuVernay’s miniseries might just pip the former with its unflinching, empathetic light shed on the case of the Central Park Five.

Who didn’t have a go at clicking through the different pathways in Bandersnatch, Charlie Brooker’s painstaking choose-your-own-adventure movie? But while Bandersnatch ticks the uniqueness box, the poignant vote would go to Deadwood: The Movie. Arriving 13 years after the TV show ended, with the majority of the original cast including Timothy Olyphant and Ian McShane, it would be some victory for the celebrated show.

She lost out last year to a gracious Claire Foy (The Crown), but this year’s the one for Sandra Oh, the bumbling heart of everyone’s favorite spy thriller, Killing Eve. It’ll be historic too: If Oh wins, she’ll be the first woman of Asian descent to win an Emmy in this category. This year’s the one.

Some would say they know who it won’t be (sorry, Kit Harington). Sterling K. Brown would be a worthy winner, but in a tight category, the nod might go to Bob Odenkirk, who’s been knocking on the door for some while now with his consistently excellent work in Better Call Saul.

While the entire world may not have seen Fleabag, which they absolutely should, Emmy voters in this category probably have. That gives us some hope that Phoebe Waller-Bridge will take home lead actress. Despite this being Julia Louis-Dreyfus’ last chance to win with Veep, her six-year winning streak already seems like ample recognition.

After the success of season 2, Barry’s Bill Hader is the clear frontrunner to secure his second lead actor Emmy in a row.

Outstanding lead actress in a limited series or TV movie

Neither Michelle Williams nor Amy Adams have won an Emmy yet. It’s a close race between the two worthy winners, but given Williams’ transformation into real-life actress and dancer Gwen Verdon, she might have the edge.

Outstanding lead actor in a limited series or TV movie

For his exceptional work in When They See Us, we’re going to give this one to Jharrel Jerome. The actor portrays both the young and adult versions of Korey Wise, one of the Central Park Five.

We know it should be Lena Headey. But given Cersei had a disappointingly small amount to do in Game of Thrones’ final season, there’s the small chance Gwendoline Christie will mark a triumphant win for her role as Ser Brienne of Tarth, an influential and unconventional female warrior and role model.

In another Game of Thrones heavy segment, the odds are Peter Dinklage will cap off an impressive season for Tyrion’s part (he survived, that’s some feat in itself) and take home his fourth acting Emmy.

The Emmys for behind-the-scenes work

The Primetime Emmys take place Sunday, but Game of Thrones has already bagged a handful of awards thanks to the Creative Arts Emmy Awards this past weekend, which recognize the hard work that goes on behind the scenes. Thrones claimed trophies for music, makeup, costumes, casting, editing, sound, visual effects, stunts and opening titles.

Amazon’s 1960s-set Marvelous Mrs. Maisel fittingly won awards for its period costumes and hairstyles. It was also recognized for its cinematography, and claimed both guest actor and guest actress awards in the comedy categories for Luke Kirby and Jane Lynch.

The Handmaid’s Tale claimed both guest star awards for drama, while Fleabag, Game of Thrones, Queer Eye and When They See Us were recognized for their casting. Short online comedy State of the Union won Rosamund Pike and Chris O’Dowd the best acting awards for a short-form show. Chernobyl, Free Solo and Queer Eye also won multiple awards.

HBO is leading with 25 Creative Arts wins, followed closely by Netflix with 23. The streaming service claimed awards for Queer Eye, Our Planet, Russian Doll, When They See Us, Bandersnatch, Glow, One Day at a Time, Springsteen on Broadway, The Ranch and sci-fi animation Love, Death and Robots.

One award Netflix missed out on was the Outstanding Variety Special award, despite having four out of five entries on the shortlist including Hannah Gadsby’s Nanette and Homecoming: A Film by Beyoncé. That one went to James Corden’s Carpool Karaoke special episode on CBS with Paul McCartney in Liverpool. (Editors’ note: CBS is the parent company of CNET.)

Elsewhere, Apple won an Emmy for Carpool Karaoke: The Series. The Simpsons defied those who say the long-running show is on the decline with a win for an episode from the show’s 30th season, while Star Trek: Discovery took home an award for its prosthetic make-up. Meanwhile outside of the traditional TV world Oculus, Twitch and NASA were recognized for their work with interactive media. 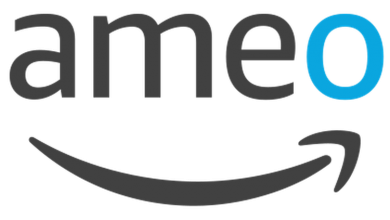 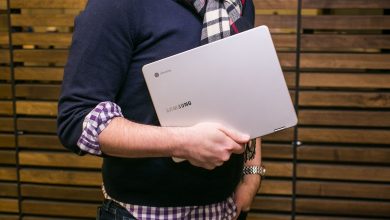 What you should know about buying a laptop for college 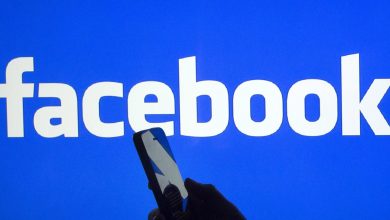 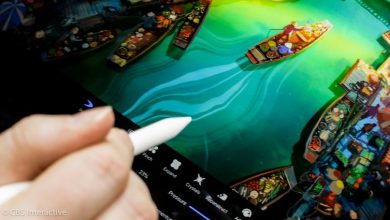 Best laptops, desktops and tablets for creatives in 2019