If you have a child, it’s almost guaranteed that they play mobile, PC or video games at home or at school. You’ll have noticed that today’s games go far beyond the Super Mario Bros. and Duck Hunts of years past, and not just in how impressive the graphics are: Developers have gotten super creative at sneaking in educational lessons where kids would least expect them. And one of the best ways to learn is when you’re having fun.

Check out our list of mobile apps, PC and video games that can educate and entertain your kids.

Where on Google Earth is Carmen Sandiego?

What your kids will learn: Capitals of countries, the locations of historic events and other geographical facts.

Everyone’s favorite jet-setting reformed VILE operative recently made a comeback after 30 years, stirring the hearts of ’90s kids everywhere. Google Earth and Houghton Mifflin Harcourt released three new Carmen Sandiego games this year — The Crown Jewels Caper, The Tutankhamun’s Mask Caper and The Keys to the Kremlin — paying homage to the original franchise. Players use the magnifying glass to interview witnesses in different cities and gather clues. When you think you’ve figured out the next step, click the airplane icon to fly to the next city. You can play on web browser, Android or iOS.

What your kids will learn: Historical events, critical thinking, problem-solving skills and more.

Oregon Trail came onto the scene in the late ’70s and has gone through quite a few changes since then. My 10-year-old self spent many an afternoon trying to get my digital wagon 2,000 miles west to safety. Before you start the trip, you pick a job (each has its own unique benefits), name your companions and purchase supplies.

Recent updates to the game let you trade, upgrade your wagon, and buy food and medicine to increase your group’s chances of survival. Along the trip, your group encounters illness, crossing rivers, highway bandits, hunting for food and other complications of the time. Though the situations are a bit dramatic, players learn fast about preplanning and making choices with the long term in mind.

I played (and described above) the 5th edition of the game, which you order on Amazon. If you want a newer, mobile experience, you can try The Oregon Trail: American Settler for iOS.

I will shamelessly say that I have played these games since they started making them in 1998. Some are based on Nancy Drew books (The Secret of the Old Clock game, for instance, is based on the first four books in the series) and others aren’t.

The point-and-click games let you play as Nancy, solving a mystery as she would. Whether you play as a junior or senior detective, you’ll question suspects, solve puzzles, discover clues and find your way out of multiple sticky situations to catch the culprit.

The beauty of these games is that they teach kids without them knowing it. At 9 years old, I knew a ridiculous amount about the Mayan civilization after playing Secret of the Scarlet Hand, as well as the key players in the French Revolution after playing Treasure in the Royal Tower. And parents? There are 33 games to date for PC, mobile and certain gaming consoles.

What your kids will learn: Vocabulary.

Kids who are fans of Words with Friends and Scrabble (the app or the board game) may be drawn to Wordscapes, which allows you to both improve your vocabulary and kill some time. You get unlimited tries to solve a crossword-style puzzle (with few free hints). The app challenges you on some levels by prohibiting three-letter words and offering extra points if you get can get all the words in a certain order. Sometimes guessing all the “easy” words is the hardest part. If you learn a new word, Wordscapes has a built-in dictionary, so you can add it to your vocabulary. You can play on Android, iOS and PC.

What your kids will learn: Logic, patterns, data analysis and problem-solving skills.

If you grew up in the 90s, you might remember this game. Zoombinis kept me busy many an afternoon. These little blue critters were the original Minions, but far less annoying. In the game, you must guide the Zoombinis out of the evil Bloats’ clutches and home to Zoombiniville. Each of the 12 levels like Allergic Cliffs, Stone Cold Caves and Pizza Pass get progressively more challenging, with kids using logic and pattern identification to win. Play on iOS, Android or PC.

What your kids will learn: Historical figures and events, geography and more.

The National Geographic Challenge is a quiz game that lives up to the “challenge” part of its name. There’s no shortage of easy and difficult questions divided up in regions — North America, Europe, Asia, South America, Africa and Australia. Start a game for up to four players and choose an avatar. You can try to answer 40, 60 or 80 of the game’s timed questions. The games are complemented by impressive photography and video from the National Geographic archive.

The National Geographic Challenge will test kids’ knowledge with questions like: In what year did Madagascar gain independence from France? In which country does the River Niger reach the sea? The game is available on Xbox 360, Nintendo Wii and PlayStation 3.

What your kids will learn: Logic, spatial orientation skills, design and problem solving.

This spunky little game follows the adventures of Sackboy and his friends. The first two games are mostly comprised of platform-jumping and avoiding obstacles to make it to the next level. Players can also create their own levels, customize characters or build complex contraptions in a level. Finally, players can share their creations in the PlayStation Network, but that’s optional.

What your kids will learn: Logic, problem-solving, physics, math, science and spatial skills.

Portal is along the lines of Little Big Planet, but it’s a bit more mature. The first Portal got a Teen rating for the inclusion of some bloodstains, but Portal 2 is rated E. The games might be a bit scary or difficult for players under 9, Common Sense Media suggests.

Portal follows an unnamed person in a secret research facility who is led through a series of dangerous tests by a humorously narcissistic AI called GLaDOS. The puzzles are solved by creating a portal in a wall, creating another portal somewhere else and walking through. Just try not to fall forever. Portal 2 takes place between 50 and 50,000 years after the first game, but no spoilers! Portal is available on PC, Xbox 360 and PlayStation 3. Portal 2 is available on PC, PlayStation 3, and Xbox 360.

What your kids will learn: Geography, conservation and sustainability, global problems, healthy living and activism.

World Rescue was developed by ZU Digital with the help of the United Nations Educational, Scientific and Cultural Organization. Think of it as a 21st century Captain Planet, minus the superpowers. The game’s levels are set in Kenya, Norway, Brazil, India and China. There, you’ll help five heroes solve problems like displacement, disease, deforestation, drought and pollution, giving kids lessons on real-world issues. You can play World Rescue on Android or iOS.

What your kids will learn: Trigonometry in its basest form, angles and critical thinking.

This app is another example of teaching your kids without them knowing they’re being taught. Eloh is a visually beautiful musical puzzle game that teases your brain without stressing you out. Each level features island spirits that you can move. Once you get them into the right spot, tap the red speaker and music will start. The goal is to bounce the “sound waves” off the spirits and hit the spiral icon. It’s kind of like banking a shot in billiards.

The levels get progressively more challenging, but there’s no timer, ads or in-app purchases. The only downside is the app costs a one-time $3 to download on Android or iOS.

What your kids will learn: Physics, the solar system, mathematics and basic aerospace engineering.

Your kids don’t have to play in a cardboard box in the yard if they want to be an astronaut. This rocket simulation game focuses on a space program for an alien race called the Kerbals. When you start a game, you’ll build a working rocket (or one that won’t) based on “realistic aerodynamic and orbital physics.” Once you get your Kerbals into space, you can explore the solar system, build bases and construct space stations. The game got a lot of attention from NASA and the B612 Foundation, a nonprofit dedicated to planetary science and planetary defense.

What your kids will learn: Creativity, problem-solving, collaboration, reading, math and more.

Don’t let the blocky graphics fool you: Minecraft hasn’t lost much steam since its 2011 debut. The world-building game lets players explore, gather resources, craft tools and engage in some mild combat. The game has different modes — survival, creative, adventure, spectator and multiplayer — so players have flexibility in how they play the game.

Creative freedom and self-direction isn’t all that the game lends its players, according to iD Tech. Minecraft teaches teamwork and the motivation to improve reading and math skills. To get better at the game, parents told iD Tech that their kids started reading about biomes and calculating rations for adventures, dividing supplies and how many minutes until “night” in the game. Minecraft’s educational benefits have also been packaged for the classroom.

You can play the game on PC, Android, iOS, Xbox 360, Xbox One, PlayStation 3, PlayStation 4, Wii U, Nintendo Switch and the Nintendo 3DS.

What your kids will learn: The historical and emotional impact of the events of World War I, cause and effect, logic and contextual puzzles.

This is one of the most mature games out of the bunch, simply due to its subject matter. Valiant Hearts: The Great War was inspired by real letters written during World War I. The story-driven game centers on five characters — Emile, Freddy, Karl, Anna and Walt the medic dog. The group is helping a young German soldier find his loved ones. Each character can interact with objects but has a special tool that they use for tasks. Walt also has a few tricks to help during the game.

You can play the game on PlayStation 3, PlayStation 4, Xbox 360, Xbox One, Android, iOS and Nintendo Switch.

What your kids will learn: The multiple layers of government like parties, funding, taxes, elections, policy changes, political capital, budgets, debts and more. In addition, they’ll learn about compromise, cause and effect, strategy, conflict resolution and more.

Has your kid ever wanted to be in politics? Now they can try their hand at it with the Democracy game series. In this government simulation game, you play as the president or prime minister of a democratic government and alter policies in the areas of tax, economy, welfare, foreign policy, transport, law and order and public services. The catch, like in real life, is that each policy affects other factors like voter happiness, crime rates and air quality, for example. Players also have to deal with situations like homelessness or protests and make decisions accordingly.

You can play Democracy, Democracy 2 and Democracy 3 on PC. The game’s creator, Positech, is planning a fourth installment this year.

Facebook's new Portal smart displays: Who's listening and what's happening to your data? 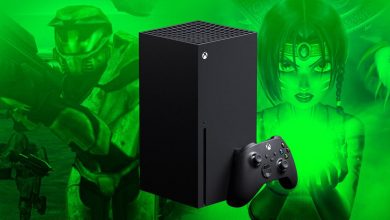 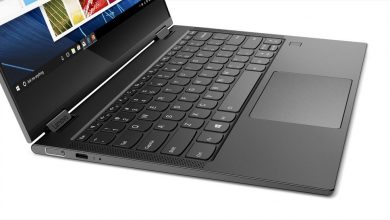 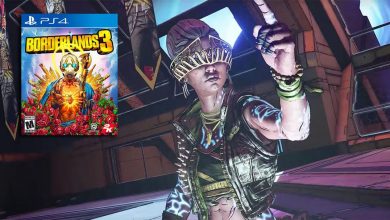 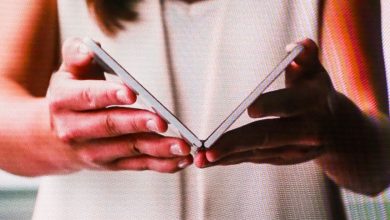