I am not what you’d probably think of as a typical GoPro user. I spend my weekends biking around my neighborhood with my kids and not barreling downhill on a longboard or jumping in a backyard pool or off a cliff in Hawaii. What I can tell you though is that the new $400 GoPro Hero 8 Black makes it possible for me to create fun, sharable, shake-free video of my not-so-extreme life, so getting amazing clips doing extraordinary things probably won’t be a problem, either.

So what’s the big new feature for the Hero 8 Black that makes it so great? Well, I’m not sure there is one. Instead there are a lot of feature tweaks and updates that make it just generally easier to use and a better camera regardless of what you’re shooting. That being said, if you’re familiar with past models, you’ll notice a design change that’s going to make a lot of GoPro users happy.

GoPro finally got rid of the frame that was required to mount the camera. What you’ll see instead is that GoPro actually built its mounting fingers into the camera. This is fantastic for me since I hated that frame as I would occasionally forget it and then couldn’t mount the camera. It also blocked the battery and microSD card slot, which is now on the right side with a USB-C port. That means even when it’s mounted you can easily swap batteries and cards as well as charge it. And it’s still waterproof to 10 meters (33 feet).

Adding the mounting fingers and moving the battery are the biggest physical changes, but GoPro also did away with the removable lens cover. The lens is made with Gorilla Glass that’s twice as impact-resistant as the glass on past Hero models. (A $20 pack of tempered glass lens and screen protectors will be available.) That change also made the camera slightly slimmer, making it easier to slip the Hero 8 into a pocket.

GoPro Hero 8 Black is its most powerful, feature-filled…

GoPro isn’t entirely done with frames, though. Announced along with the new camera are three modular accessories designed to make the Hero 8 a more vlogger-friendly camera. While the built-in mic is improved when it comes to wind-noise reduction, it still isn’t the best for recording voices unless you’re in a reasonably quiet place.

The new $80 Media Mod is designed to fix that by adding a built-in directional mic as well as a 3.5mm jack if you want to add a lav or some other mic. There’s also an HDMI output and two cold-shoes. Those shoes can be used to hold a $50 Light Mod, a 200-lumen LED light, and an $80 Display Mod — each with its own power source so they’re not draining your camera battery. They’ll be available for preorder in December.

The electronic image stabilization on the Hero 8 Black is unfathomably good. I mean, the company’s HyperSmooth stabilization on the Hero 7 Black basically eliminated the need for using a motorized gimbal like GoPro’s own Karma Grip. But with HyperSmooth 2.0, you can do just about anything that creates vibration or jarring camera movements and have it barely visible in your video, if at all. At one point while testing, I was running alongside my kids skateboarding and you can’t really tell except for an occasional bounce.

You still get these sort of odd-looking panning movements that can look like camera jerks, but in general, the stabilization is incredible considering it’s all electronic and the video quality doesn’t seem to suffer in the slightest. However, the stabilization might look a little too smooth at times and take some of the realism out of the clips.

With the Hero 8, GoPro made HyperSmooth adjustable in case you want it off, want to add a little shake, smooth it out some more or add a boost for when you want no shake at all. Also, HyperSmooth is now available at all resolutions and frame rates, so slow-motion clips never looked better.

Also getting the 2.0 treatment is Time Warp, GoPro’s motion time-lapse mode. It can now automatically adjust speed based on the scene, motion and how much lighting you have. What’s better is you can now tap on the GoPro’s screen to slow down to real time and then tap again to speed back up into a time lapse. The clips are silent all the way through, but if you’ve ever wished you could stop a time lapse to show some scenery, now you can.

Get set and go

GoPro said the question it gets the most is what the best settings are to use for a specific activity. So now, instead of having to guess, there are a bunch of presets you can just dial up. You can create your own, too, so your favorite settings are a tap away.

To make it faster to adjust or use individual feature settings, there are now four programmable onscreen shortcut buttons. Just long-press on one of them and you can select from options like a digital zoom control, turning slow motion on and off and adding a boost of stabilization.

One of these virtual buttons can be set to select GoPro’s digital lenses. A slider pops up to let you choose one of up to four different fields of view: Narrow, Linear, Wide and SuperView. You can slide up and down to see in real time how much of the scene will be in your shot before you hit record.

Another nice addition to the shooting options is LiveBurst. It’s a a photo mode that lets you capture 3 seconds of video that you scrub through its 90 individual frames on camera or in GoPro’s updated app and pull out single frames for photos. It’s similar to the iPhone’s Live Photo option, which seems only fair since Apple essentially GoPro’d the iPhone 11 Pro with its ultrawide-angle lens.

Those are the big additions, but then you have a few smaller things like improved SuperPhoto and HDR photos that nearly eliminate motion blur; livestreaming can now be done at 1080p; night-lapse videos can be created in camera; and raw photos can be captured for single shots, bursts and time lapses.

And I didn’t even get to the app, which now has all of the editing features once in GoPro’s separate Quik app and includes a new horizon-leveling option. If you’ve ever knocked your camera off-kilter in the middle of recording or simply didn’t shoot straight for one reason or another, you can now quickly level it out in the app.

I’ve spent only a little time with the camera so far, but it’s hard not to be impressed with how much camera is packed in here. Unsurprisingly, it still chews through batteries and, unfortunately, the Hero 8 Black’s design and features required an updated battery, so you can’t use your old ones. Also, while I like having the USB-C port, card slot and battery under one door, that door pops off way too easily. I’ll be back with a full review soon, but it looks like this is easily the most versatile single-lens camera GoPro has ever made.

The GoPro Hero 8 Black can be preordered today with shipments beginning Oct. 15. It’ll be available at retail worldwide on Oct. 20.

But wait, that’s not all!

I said “single-lens camera” because GoPro also announced the $500 Max. I’ve only seen a mock-up of the new dual-lens camera, but as you can see in the picture above, it’s barely bigger than the 8 Black and has a built-in touchscreen. GoPro took everything it learned from users of its Fusion camera and created Max, which it says has even better image stabilization than the Hero 8 Black.

Waterproof to 5 meters (16 feet), it will offer “GoPro’s widest, most immersive field of view yet.” It can capture 360-degree video, but more importantly, you can use its app to turn that 360-degree video into a traditional widescreen video letting you pan to subjects captured by either lens. It sounds like a lot, if not all, of the features of the Hero 8 Black will be available here, just in larger doses. For example, it has “six mics that enable shotgun-mic audio performance” and a TimeWarp mode with more control and better performance.

You’ll be able to preorder the GoPro Max today with shipments beginning Oct. 24. 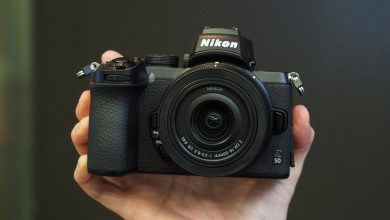 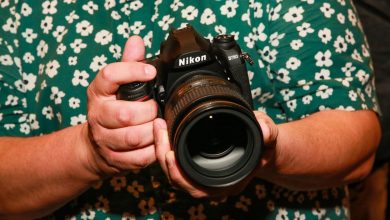 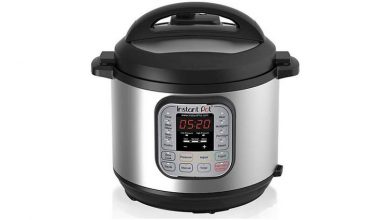