The announcement came on Wednesday, two years after it said it would no longer make any phone hardware. Although Microsoft’s new Surface phone won’t be available for a year, the company’s commitment to the dual-screen Android device comes at a time when interest in ultralarge screen phones is on the rise. (By the way, here’s how the Surface Duo compares to the Galaxy Fold.)

Microsoft claims that it’s building a brand-new category of devices, but that isn’t exactly true. While this will be the first dual-screen phone that supports a digital pen — the Surface Pen — the Duo is far from the first of its kind. LG’s G8X with Dual Screen, for example, offers a similar dual-screen solution with the aid of a case.

Dual screens are the future for Microsoft

But the doomed history of dual-screen phones stretches all the way back to 2011, when Samsung, LG and Kyocera all attempted to expand their phone screens’ real estate with a second display. From the ill-fated Kyocera Echo to the E-Ink YotaPhone and 2017’s ZTE Axon M, dual-screen phones never quite fulfilled their dual-screen promise. They ranged from gimmicky to downright awkward.

At the very least, Microsoft’s involvement with a dual-screen phone and Samsung’s Galaxy Fold show phone-makers’ continuing drive to deliver double the screen real estate on a device that fits into your bag.

Will Microsoft be able to make a second screen cool? I have my doubts, but I’d love to see it try.

The Galaxy Fold may be a foldable phone with a 7.3-inch interior screen, but it’s also a dual-screen device, with an outer 4.6-inch display. Our full Galaxy Fold review is almost here, but this one verdict is clear — that 4.6-inch “cover screen” is too small to comfortably type on and use for more than just a glance, even if whichever app you pick opens into the main screen. Read CNET’s ongoing Samsung Galaxy Fold review.

ZTE’s dual-screen phone connected two 5.2-inch screens together with a hinge to give you a total 6.8 inches of usable space. It was certainly different, often useful and far from boring.

In 2017 when it launched, the Axon M came closer to achieving the dual-screen dream than the Kyocera Echo (below), which debuted the only side-by-side screen design we know of. ZTE gave its phone four separate modes, including one that lets you watch videos and play games across the two-screen spread. You could also mirror the contents of an app on the second screen, and open two apps at the same time, a boon for incurable multitaskers.

But hardware and software flaws held the phone back. The Axon M was pricey for a device with a so-so camera and the previous year’s specs. And its imbalanced battery made it awkward to hold. Read CNET’s ZTE Axon M review.

When it was first announced in early 2011, the idea of unfolding a dual-screen phone into tablet mode was lofty and unprecedented. This is the Surface Duo’s true ancestor.

We actually liked some of the Echo’s capabilities — like turning the bottom 3.5-inch screen into a virtual keyboard while the top screen acted as a browser, or locking both screens together to summon a 4.7-inch map.

The phone was bulky, however, the central seam was distracting (a potential pitfall for the Surface Duo, too) and the learning process more complicated than usual.

With otherwise unremarkable features, the Echo sold poorly, and was killed off in under a year, in September 2011. Read CNET’s Kyocera Echo review.

A mini screen nestled within a keyboard must have seemed like an OK idea at the time. The DoublePlay wedged a tiny, low-resolution 2-inch touch display in the center of its split keyboard. It alternately showed icons you could press to quickly switch apps, or complementary features that let you do things like typing a message while reading your email on the main display.

The problems were immediately apparent. The secondary screen split the keyboard into two halves that made it too small to be truly useful and too large to avoid distraction. In the end, we never quite found our stride and the DoublePlay’s disappointing battery life further sank its appeal. Read CNET’s LG DoublePlay review.

One of the most successful applications of the dual-screen set, this phone had a second 3.5-inch screen on the inside to go with the main screen on the outside.

There were no tricks to learn or secondary functions. It was just another screen you accessed by opening the phone like a book.

Still, the added screen-and-keyboard combo thickened the phone, and left us wondering why we would ever really need the inner display. Wouldn’t the phone work just as well as a slider? We thought so.

The $50 on-contract price was right (remember two-year contracts?), but an older version of Android at the time (2.2 Froyo) left us cold, when almost all other new Android phones of the day ran the newer Gingerbread-flavored version of Google’s mobile software. Read CNET’s Samsung DoubleTime review.

Samsung took its original Galaxy phone of the day one step further. The Continuum had a tiny ticker screen at the bottom for RSS updates, weather and social-networking status updates. Customization was limited, typing a bit more cramped and the constant flow of information overwhelming.

While we came to appreciate the second screen, it never really caught on and we felt we could easily live without it. Read CNET’s Samsung Continuum review.

In 2013, Russian manufacturer Yota proudly showcased the first handset to use a power-saving E-Ink display on the back side of the typical LCD running Android.

The YotaPhone intrigued us with its bold design. Would this be the phone to break the dual-screen curse? Alas, no.

It had an interesting, potentially useful concept, but some design and use issues with that second screen ultimately keep it in the realm of likable oddball. The same stood for the improved, but still unconvincing YotaPhone 2 in 2014.

The LG V10 and V20 followed the Samsung Continuum’s lead with an always-there shortcuts bar. About 2 inches wide and maybe a centimeter tall, this short strip of display all but blended into the phone’s bezel. While moderately useful at times, it didn’t make much of an impact and LG dropped the screen-on-top-of-its-screen with its most recent model, the LG V30. Read CNET’s LG V30 review.

For more on the Surface Duo, read up on how Microsoft’s bold tablet-like phone could beat the foldable phone design. And here’s everything else Microsoft announced today. 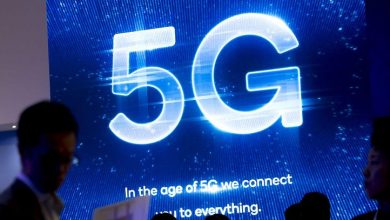 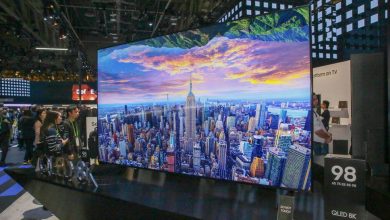 Samsung QLED TVs take on OLED with bigger screens in 2019 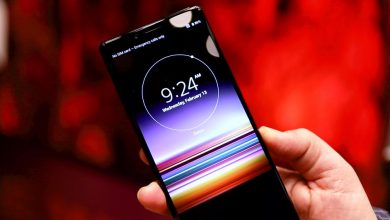 Sony’s new flagship needed to be so much more 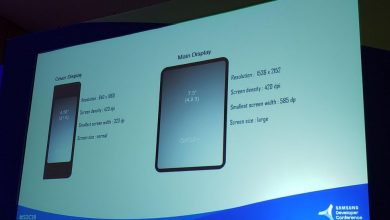