Which Android has the best camera? It might be Google’s just-announced Pixel 4 phones, but for a large chunk of 2019 the answer was Huawei’s P30 Pro. In fact, CNET’s Andrew Hoyle said, upon its launch, that the P30 Pro took better photos than any other phone. Apple’s phones captured better videos, but between the P30 Pro’s quad-camera setup and features that include 5x optical zoom, Huawei (and Google) had topped Apple as an industry leader in still photography.

It’s not a flawless victory. When it comes to features, Huawei is still ahead. The P30 Pro also has amazing zoom functionality, offering 5x optical-, 10x hybrid- and 50x digital-zoom capabilities, while the iPhone 11 Pro phones only have 2x optical zoom and 10x digital zoom capabilities. The regular iPhone 11, without a telephoto lens, has no optical zoom.

And while the focal point of Apple’s new phones is the ultrawide-angle lens, which is present on all three iPhone 11 models, it’s a feature that Huawei has been doing since last year’s 2018’s Mate 20 Pro. So Huawei gets points for originality. But, as we’ll see below, that’s where its victories end.

Notes on the camera test

1. I shot photos on the iPhone 11 Pro Max, the most expensive of the new iPhones. But outside of a couple of zoom shots that take advantage of the Pro’s telephoto camera, all of the pictures could theoretically be replicated identically on the iPhone 11, since that phone shares the same camera hardware outside of said telephoto lens.

2. Apple versus Huawei isn’t done for the year. Huawei has a new flagship, the Mate 30 Pro, coming out. Apple will soon launch a camera-software update, called Deep Fusion, which will capture less image noise and improve image detail.

3. Technically speaking, the iPhone 11 Pro phones have 4x optical zoom and the iPhone 11 2x, since these phones can now zoom out to 0.5x zoom thanks to the ultrawide-angle camera. But in all practical terms, it’s 2x optical zoom for the Pros and 1x for the regular iPhone11.

iPhone Portraits capture a truer you

In many instances, what you prefer may come down to taste. The P30’s photos, contrasted and sharpened with software, are often more Instagram ready. But photos taken by the iPhone 11 Pro Max usually have more true-to-life colors and more detail.

As you can see, the iPhone’s photos can look a bit dull next to the P30’s at first glance. But the P30’s photos are less impressive when you notice how much they look like they’ve been adjusted by software. Take a longer look and you’ll see Eddie’s skin tone appears far more natural in the iPhone shot, and the dynamic range looks better there too.

(By the way, I didn’t lean in for the iPhone shots. The iPhone’s software automatically zooms in for Portrait photos.)

Below you can see that both phones had a little trouble with Allison’s hair, but that the iPhone’s shot is warmer and more natural looking.

Here’s a set of photos taken in the harsh sunlight. Not only are the colors more muted in the P30 Pro’s shot, when comparing the two, the P30 Pro’s affect on Jackson’s skin almost makes him look sickly. (It’s the software, Jackson, not you.)

These photos taken outside a cafe look like they were shot on different days. Outside the gulf in temperature (more on that later), you’ll notice the P30 Pro smoothed out some of the creases on Chanho’s shirt.

The fissure between the iPhone’s attempt at realism and the P30 Pro’s attempt at vibrancy is in some ways wider when it comes to regular shots. Photos taken on Huawei’s phone really pop. When I first began testing the two phones, I was almost always dazzled by what I saw on the P30 Pro. But then, the more I tested, the more I realized the iPhone 11 takes clearer and more detailed photos.

Take these flowers, for instance. At a glance, the P30 Pro’s photo stands out. But study the flowers in both photos and you’ll see that the iPhone captured more detail due to the P30 Pro upping the contrast and adding blur for effect.

This bowl of granola, which by the way was some next-level granola, looks radiant on the P30 Pro. It’s brimming with color and light, but once again at the expense of detail. Notice the blown-out highlights caused by the passion fruit.

Apple’s photos tend to come out a little warm, but overall its white balance is consistent. The P30 Pro is less so. Sometimes it artificially warms up photos, but often it shoots images that look much cooler than real life. As you can see here, Jackson and Tim look like they’ve been given a light cyan tint.

The P30 Pro shoots great photos, and certainly produces some attention-grabbing shots. In truth, many people who I showed these pictures to preferred the P30 Pro’s. But if we’re talking about quality of photo, the iPhone is the winner here. There’s a vibrancy present in Huawei’s photos, but it can easily be scaled up by editing iPhone photos — in most cases, a simple Instagram filter will do the trick. But you can’t claw back detail by scaling down saturation and contrast on the P30 Pro.

Zoom out, zoom in

Both phones have nifty ultrawide-angle cameras which, now that Apple’s got around to using them, are going to become standard across all phones. Both cameras are great — you’ll be happy to have either at your disposal, as they’re super handy when you’re in a tight space, want to capture a vista or are feeling creative. Here’s a shot of Sydney’s central business district that’s made fun thanks to the iPhone’s ultrawide-angle lens.

In general, though, the iPhone’s ultrawide-angle camera captures richer color and is less prone to exposure problems. Take the below example: The P30 Pro captured too much light. You’ll notice more detail on the foliage on the left — but only after you notice the powerful glare in the photo’s center. Meanwhile, the blue sky taken by the iPhone 11 looks dreamy.

Sometimes Huawei’s keen image-rendering software works out for the better, though. Below you can see the P30 Pro managed to take a ultrawide-angle photo with better light balance and significantly more detailing on the mats.

Huawei is the undeniable victor when it comes to zoom. This shouldn’t come as a surprise, as the P30 Pro’s periscope lens allows for 5x optical zoom, handily beating the Pro’s 2x telephoto. Both of the below photos were taken at 5x zoom, which the iPhone isn’t optimized for.

The two phones are similarly matched when it comes to ultrawide-angle cameras. I’d give a slight advantage to iPhone, but I took many photos not included here which showed images of nearly identical quality. So you’re winning either way. But Huawei gets the tip of the hat, features wise, for edging out Apple on optical and hybrid zooming.

With last year’s P20 Pro, Huawei became the first company to integrate a Night Mode, which uses software to brighten up a low-light photo as it’s being taken, into a phone. Since then, it’s been taken up by Google, Samsung and now Apple.

This is a weird one. The iPhone 11 phones do a great job of recreating actual night-time conditions. The Huawei phone’s Night Mode can be overzealous, lightening up a shot a little too much. While that’s a problem, it’s neutralized by the fact that low-light photos taken on the P30 Pro still manage to capture an outrageous amount of light.

Both of the above shots are taken with Night Mode turned off. The Huawei is the winner, with much more detail on the road and much more light in the shot. Plus, the iPhone’s noise reduction on the road went a few steps too far here — and then took an extra step or two for good measure. But even in victory, you can see certain areas where the P30 Pro went overboard, turning the black of night into a foggy green. Low-light photos taken by the P30 Pro, be they standard or in Night Mode, also tend to suffer from artifacting and digital noise.

The iPhone 11 bounces back with Night Mode activated here. It manages to lighten up the photo in a more realistic way, and captures more detail too. As you can also see, in this instance there’s far less difference between regular photos taken by the P30 Pro and Night Mode photos, since the phone’s regular photos do such a fantastic job of lighting up the scene anyway. So the P30 Pro’s standard low-light photography is better, but I much prefer the iPhone’s Night Mode.

Below is another example, comparing two photos taken in night mode. Again, the P30 Pro succeeds in lighting up the scene to a greater extent, but the iPhone’s night mode is more true to life.

When it comes to photos taken at night, though not necessarily in low-light conditions, the P30 Pro can sometimes once again go overboard. See its oversharpening and oversaturation of the below building.

The iPhone 11 is a better camera

But the iPhone 11 Pro Max undoubtedly takes the better photos, in the sense that they’re truer to life, often have richer colors and contain more realistic detail.

The Best Coffee Makers for 2019

Lady Gaga asks about Fortnite, is apparently in internet feud with Ninja now 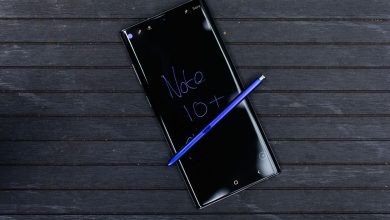 Galaxy Note 10 ‘losses’: What Samsung didn’t give us 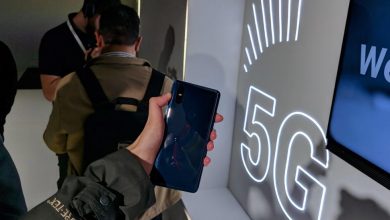 Why you shouldn’t buy a 5G phone right now 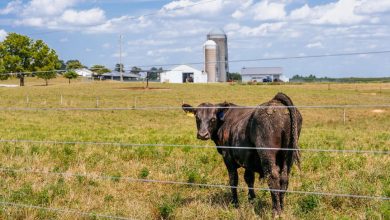