While everyone’s been paying attention to iPads and Surface tablets, something unexpected happened, Android tablets have actually gotten pretty good.
The Galaxy Tab S6 is an example of that, but is it good enough to replace a Surface or an iPad?
[MUSIC]
The S6 outdoes last years model with a quicker more powerful processor, more flexible storage expandable up to one terabyte using an micro SD card and new Dex mode updates.
Design wise, the Galaxy tablet had a minimalistic makeover.
The table is now 60 grams lighter and one millimeter thinner, keeping the same 10.5 inch display by adding thinner bezels and rounded corners.
It also streamlined sign-ins with on-screen fingerprint scanning and two tap gestures to wake the tablet.
[MUSIC]
Samsung may have streamlined a little too far by moving their headphone jack, but they tried to make up for with the addition of quad speakers and their dual rear camera.
[MUSIC]
The S6 comes with a new S Pen stylist that now supports more angular, lighter design while continuing to be a great tool.
Tool for drawing or taking hand-written notes.
When using the pen, a small icon appears on the screen that acts as a shortcut to productivity apps, like notes and screen-writing.
This makes jotting down miscellaneous notes and to-do lists easier than ever before.
Although writing on screen doesn’t feel quite the same as writing on paper and the pen’s weight maya be strange for someone more used to the weight of a traditional pen or pencil, The stylist gets the job done by gliding smoothly across the screen and accurately recording the writing.
The updated S Pen also recognize air actions like waving a magic wand you can perform certain actions like scrolling through media, changing camera settings or adjusting volume by moving the S Pen through the air.
As much as I would love to be a real life wizard, air actions are great in theory but miss the mark in action.
They are limited to only a few apps and are difficult to do clearly enough for the device to recognize the command.
In the end, it seemed to take more time waving around the stylus than it does to just tap on the screen.
To charge the S Pen magnetically attached to the nook in the back of the tablet.
Although the pen can be secure for the 10 minutes needed for full charge, the magnetic notch is not intended for storage, especially if you want to avoid losing the stylist.
Instead, and additional case or the book cover keyboard like this one is recommended.
Just like the stylist and the tablet itself, the keyboard also has been updated.
The most notable change being the addition of a trackpad and a row function piece that include a quick lunch button for desk mode.
Just like the ads for Surface Pro and other tablets.
The new book cover keyboard is not included.
This is frustrating because it’s what makes the tablet feel like a reasonable laptop substitution.
The top F6 comes in blue blushing grey, it costs $650 the base model and $730 with the premium model, both include the S Pen stylist but not the keyboard cover which costs an additional $180.
Even with these great added features, truly an Android tablets a tough call The Tab X6 doesn’t really give a compelling enough case to ditch the Surface Pro or the iPad Pro.
Even if some of it’s features are good or even better than it’s competitors.
[BLANK_AUDIO]

5 Galaxy S10 features most likely to annoy you 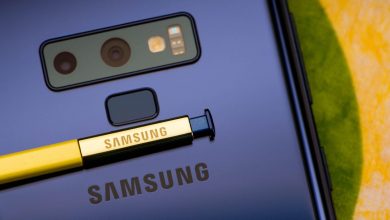 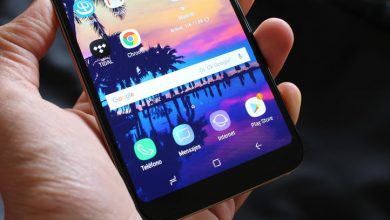 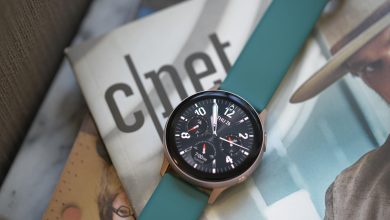