This story is part of The 2010s: A Decade in Review, a series on the memes, people, products, movies and so much more that have influenced the 2010s.

Steve Jobs’ pitch for the original iPhone in 2007 as a phone, music player and internet communicator is a landmark moment in the tech world. It crystalized the iPhone’s almost mythic reputation from the start — remember the nickname, the Jesus phone? — and helped usher in the idea that smartphones could be sexy. But looking back, those three capabilities barely scratched the surface of what we can do with the modern smartphone.

What can you do with one now? Everything.

“We never imagined how a decade later iPhone would become such an essential part of our lives, from streaming TV shows and playing games, to finding directions when traveling, to managing health and fitness, to opening garages in smart homes, to sharing beautiful memories with stunning photos and videos,” Phil Schiller, head of marketing for Apple, said in an email.

As CNET explores the impact of various technologies over the past decade, none has changed our lives as dramatically as the modern smartphone. When the original iPhone launched, and the first Android phone, the G1, followed in 2008, they were still the stuff of gadget enthusiasts with loads of disposable income. Even 10 years ago, when the Motorola Droid — the first Android phone to enjoy mass appeal thanks to a massive marketing blitz by Verizon Wireless — launched, we were just getting started with the potential that came with smartphones and mobile applications.

Nowadays, we take for granted that we have a virtual supercomputer in our pockets. Our iPhones or Android handsets let us hail a car specifically to our location, draw from a library of hundreds of thousands of television shows or movies stored online or livestream our silly antics to millions across the world. They’ve literally been revolutionary, with secure messaging apps playing a role in the Arab Spring movement in the early 2010s and the Hong Kong protests against China playing out today.

We never imagined how a decade later iPhone would become such an essential part of our lives.

Think about it: What’s the one thing you can’t leave your home without? Chances are, it’s your smartphone. They’ve become such a critical part of our lives that we’re starting to question whether we’re spending too much time on them. Tech giants like Apple and Google have even introduced ways to tell you how much time you’re spending on your phone — with apps found on the phone.

No matter where you stand on the spectrum of smartphone dependence, it’s undeniable the staggering impact they’ve had on society, culture and how we live our lives.

“A lot has changed since 1.0,” Stephanie Cuthbertson, director of Android, said during her Google I/O keynote speech in May. “Smartphones have evolved from an early vision to this integral tool in our lives, and they are incredibly helpful.”

Smartphones had been around for years before iPhones and Android handsets became the default mobile devices of choice. The white collar crowd happily tapped on the physical keys of their BlackBerrys. Old-school gadget enthusiasts would’ve proudly shown off their Palm Treos or their “Pocket PC” phones (with a stripped-down version of Windows jammed into a smaller screen). Never mind that these devices required a precise stylus to navigate.

In 2007, Jobs and the iPhone changed the meaning of a smartphone, making a touchscreen device intuitive — and fun — to use, thanks in large part to the full browser experience and tricks like pinch to zoom. It’s the only phone that I could pull out at a bar and legitimately impress women with. (That still wasn’t enough help.)

In July of 2008, Apple introduced its App Store, opening it up to third party apps. Google would follow with the G1 smartphone (also known as the HTC Dream) and its own app store a few months later. The G1 catered more toward gadget enthusiasts and lacked the mass appeal of the iPhone, but it was no less influential as the launchpad for Android.

Today, there are more than 2.5 billion active Android devices out there, making it the most dominant platform in the world.

“Today, everyone has a smartphone, and that’s amazing,” said Peter Chou, co-founder and then-CEO of HTC, which built the G1, who stood on stage with Google co-founders Sergey Brin and Larry Page when the device was unveiled.

Smartphones have evolved from an early vision to this integral tool in our lives, and they are incredibly helpful.

But it wasn’t until the debut of the original Droid, which next month celebrates its 10 year anniversary, that Android catapulted into the mainstream, thanks in part to a huge marketing campaign from partners Google, Verizon and Motorola.

Upping the ante even further, Samsung jumped into Android in 2010 with a willingness to build up its Galaxy S franchise by way of an even more impressive marketing push, which created the two-horse dynamic we see today (Apple vs. Samsung, Apple’s iOS vs. Google’s Android).

“It’s exciting to reflect on 10 years ago launching the first Galaxy S smartphone,” said Drew Blackard, head of product management for Samsung Electronics America. “Over the past decade, we’ve introduced a number of industry-leading innovations that have given our consumers a better mobile experience and changed the way we think about smartphones.”

From fart apps to limitless videos

The explosion of smartphone demand wasn’t driven just by increasingly advanced, and bigger, hardware. The handset’s Swiss Army utility came from the sheer number of programs available to a user. It took Apple’s App Store and the Google Play Store about eight years each to surpass 2 million apps, from standbys such as Instagram and Angry Birds to obscure apps for bird watching.

It’s easy to forget that the early experimental days included fart apps that raked in $10,000 a day or useless virtual lighter apps. At that point Android, which initially didn’t have the same oversight that Apple gave iOS, was a real wild, Wild West, with tons of junk apps.

That’s a far cry from the utility of apps today, where you pretty much can’t get lost, thanks to Google Maps. Protestors use secure messaging platforms like Signal and WhatsApp to coordinate demonstrations. Uber and Lyft mean you’re never stuck without a ride — even if it’s a helicopter ride. Apps like Life360 or Disaster Alert can literally save your life.

Entertainment buffs, meanwhile, would need several lifetimes to watch countless hours of programming found on apps from Netflix, Hulu, Amazon Prime Video and HBO Go, among others — with new options such as Apple TV Plus and Disney Plus emerging all the time.

When Samsung unveiled the original Galaxy Note in 2011, the then-gargantuan 5.3-inch display provided rich fodder for endless mockery. Remember, the first iPhone had a 3.5-inch display.

“The desire for more screen in your hand has exceeded the grasp of your hand,” Greengart said.

When the world was transitioning to all-touchscreen phones, there was a constant debate about whether people could let go of buttons. Back in 2009, handset makers were still experimenting with different ways to cram Qwerty keyboards onto handsets, said Gartner analyst Tuong Nguyen. The G1, for instance, had a slide-out physical keyboard.

Many of us can now blind touch-type on a display by memory.

The desire for more screen in your hand has exceeded the grasp of your hand.

Avi Greengart, an analyst at Techsponential

Smartphones are also notable for what they’ve enabled as much as what they’ve destroyed. Those little supercomputers have left a wake of failed businesses over the years.

When was the last time you saw a point-and-shoot digital camera? Google Maps rendered GPS navigation systems irrelevant, and when I want to feel really old, I tell younger reporters about a time when I used physical (paper) Thomas Guide maps to get from one assignment to another. Apple’s iPod and other Mp3 players, Cisco‘s Flip video cameras and even voice recorders have virtually disappeared.

Outside of luxury fashion statements, wristwatches became a novelty until companies like Apple brought back the trend by offering smartwatches. They work by connecting to — what else? — your smartphone.

The smartphone revolution was radical enough that it destroyed an older generation of handset stalwarts. Nokia and BlackBerry were the kings of the mobile device — neither of those companies now makes phones, having licensed out their name to other upstarts eager to make the most of once-viable brands. US phone pioneer Motorola is owned by Chinese consumer electronics giant Lenovo.

Microsoft, which dominates PCs with Windows, couldn’t make Windows Phone work. While HTC, the maker of the G1, has virtually disappeared from the scene.

While Samsung remains the king of the hill for smartphones and Apple remains the most profitable player, much of the action in the smartphone world is now coming out of China. Huawei, embroiled in controversial claims by the US that it’s a security risk, is the world’s second-largest smartphone maker, and that’s without selling one phone in America. TCL, a Chinese company best known for budget televisions, has the rights to make phones using the BlackBerry brand.

Many features, like the addition of multiple cameras, a pop-up camera or the use of slimmer bezels, emerged from companies like Huawei or other Chinese players, including smaller firms such as Xiaomi, Oppo or OnePlus.

The days when we’d get giddy over each new Android or iPhone release are gone. And though innovation is still on the horizon with the rise of 5G and foldable phones like the Galaxy Fold, enthusiasm has given way to a more critical look at how these tiny slabs of metal and glass have really affected our lives.

That little buzz or chime creates an almost Pavlovian need to check your phone, a phenomenon dubbed FOMO, or fear of missing out. It has critics worried that the generation raised on smartphones will be too glued to their screens to operate in the real world. After all, older generations are already hooked on their phones.

“We all seem more preoccupied with what comes out of those little screens than what is going on around us,” said Carolina Milanesi, an analyst at Creative Strategies.

The very companies that serve up these time-sucking gadgets are working on apps and tweaks to their operating systems to minimize the amount of time you need to spend on the devices. Through its Screen Time feature, Apple’s iOS 13 lets you control access to apps, and allows parents to manage their kids’ activities better too.

Google launched a Digital Wellbeing tool in November to offer many of the same kinds of controls. Part of Google’s presentation at its I/O developer conference in May was focused on being smarter and quicker about addressing your needs.

“Looking ahead, we see another big wave of innovation to make them even more helpful,” Cuthbertson said. 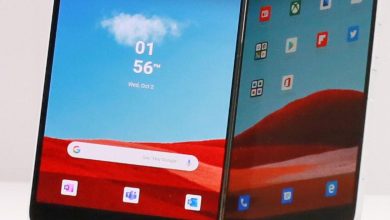 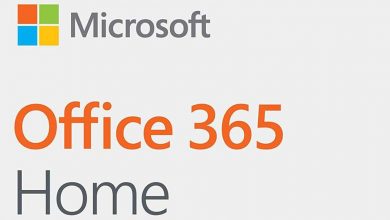