After a five-month delay and a redesign, Samsung’s embattled Galaxy Fold finally made its way into consumer hands in September. According to CNET editor Jessica Dolcourt, the phone is great for watching content and it serves as proof that foldable phones can be more than just a gimmick. Unfortunately, “design problems abound,” and battery life is short. Such is the fate of an inaugural phone that represents the nascent technology of an entire mobile industry.

Foldable phones are poised to transform the tech industry over the next five years, along with 5G. In addition to Samsung, other phone makers have either announced foldable phones or are rumored to have one in the works. These foldable phones will just hint at what’s to come, as the devices become thinner, do a better job of managing battery life and let mobile apps take advantage of different display sizes. All of this will develop with the help of Google too, who has committed to providing Android support for foldable designs. (Given some of its recent patent filings, it may even release a foldable phone of its own.)

Despite the shaky start, prepare to see more foldable phones in the near future. Here are the brands that have announced plans, filed for a patent or are rumored to be joining the foldable craze.

Available for around $2,000, the Galaxy Fold features a secondary 4.6-inch display that serves as its “cover.” When you’re ready for something bigger, the Fold opens up like a book to a 7.3-inch tablet. The Fold also has six cameras. On the back, there’s the same triple-camera setup as the Galaxy S10 and on the front a single 10-megapixel camera. In tablet form, there are two additional cameras inside: a selfie camera and an 8-megapixel depth camera.

As perhaps the most well-known foldable phone, the Fold has been through its share of ups and down. When preorders began back in April, it quickly sold out on the first day. Soon after, Samsung hit a snag when a handful of tech reporters documented issues like screen breakages, flickering and, bulging with their preproduction review units. After months of delay and a redesign, Samsung finally released the phone in September. (For more information, read CNET’s Galaxy Fold FAQ.) And just for funsies, we put the finalized phone through a stress test of hundred of thousands of folds.

The Fold may not be the only foldable phone from Samsung. The company is said to be developing two more foldable phones, according to Bloomberg. Citing people familiar with the company’s plans, Bloomberg reported that one phone will fold vertically, while the other will fold inward instead of outwardly like the Fold. With this Galaxy Fold snafu, however, plans may change for Samsung.

On Oct. 17, Motorola sent out invitations for a November event that will feature the “highly anticipated unveiling of a reinvented icon.” Though nothing has been confirmed, the company is expected to announce the reboot of the Motorola Razr phone, but with a folding-screen. Since its original launch in 2004, the beloved phone has gained an iconic status for its sleek design, thin profile and various color options at the time.

Rumors that Motorola, which Lenovo acquired in 2014, would release a foldable Razr phone has been swirling since December 2017, when a patent application file went public. Later, a company exec at Motorola confirmed something was coming down the pipeline. The Razr reboot will supposedly cost $1,500 on Verizon.

Jumping on the trends of foldable phones and 5G, Huawei’s’s Mate X has both. It has a 6.6-inch display when folded closed and an 8-inch OLED screen when you flip it open. And it features 5G connectivity that’s said to be four times faster than 4G, a 4,500-mAh battery and three rear cameras.

Huawei originally planned for the phone to launch in May but then delayed the release. Huawei CEO Richard Yu said in September that he’d like to see it go on sale in October and a recently leaked unboxing of the phone suggests it may launch soon. Similar to the Fold, the Mate X is also be very pricey at 2,299 euros, or about $2,600, £2,000 or AU$3,660. However, at its MWC 2019 keynote back when Huawei first announced the phone, the company hinted that cheaper models may be coming down the pipeline.

It’s unlikely that the Mate X will be available in the US when it launches. Calling it a security threat to the Department of Defense, the US government banned the sale of Huawei phones on US military bases. Retail giant Best Buy stopped selling them in March 2018, and Huawei’s CFO was arrested in Canada at the request of the US, an act her father said was politically motivated. Huawei devices are still available in more than 170 countries around the world, however, according to a Huawei spokesperson.

Huawei Mate X is a foldable phone with 5G

Announced on October 2018, the Royole Flexpai has a 7.8-inch AMOLED screen, runs an OS called Water that’s layered on top of Google Android 9.0, and features two cameras. Though rough around the edges when we first got our hands on it, the FlexPai gave us one of the first solid glimpses of what the future of foldable phones will hold, as it was the first flexible phone to debut.

Royole FlexPai is a foldable phone you can actually buy

Mostly known for its affordable televisions, Chinese tech company TCL is working on a number of foldable devices, which include two tablets, two phones and a cuff-like phone you wear around your wrist. Despite not being a household name in the US, you may know TCL better through other brands it owns, namely BlackBerry, Alcatel and Palm.

The upcoming devices all have flexble AMOLED displays that can bend because of what TCL calls a DragonHinge. Patented by the company, the hinge enables the screens to fold both inward and outward. TCL estimates that its first foldable phone will be available in 2020 and that it could cost less than $1,000 — making it significantly cheaper than the Galaxy Fold.

In January, Chinese phone maker Xiaomi introduced its new foldable phone on the social media platform Weibo. Unlike previous phones we’ve seen, which have only one bend down the middle, Xiaomi’s phone folds down into thirds, with both sides folding down.

Xiaomi co-founder and president Bin Lin said this form factor is “practical and beautiful” and that it “perfectly merges the experience of a tablet and a phone.” No specs or pricing information were given, but Xiaomi is currently taking votes on two possible names: Dual Flex or Mix Flex.

Nubia, an associate company of Chinese phone-maker ZTE, took the  concept of a foldable phone one step further with its Nubia Alpha. The $449 Alpha (£360 and AU$643, converted) is unique in that it’s a phone that wraps around a user’s wrist, similar to a smartwatch. It features a flexible 4.01-inch display, gesture controls and a water-resistant design. Its 5-megapixel camera can also record 10-second videos. However, it’s missing a lot of app support and it doesn’t have Instagram, Google Maps or an internet browser.

This isn’t the first time we’ve seen a phone that looks like the Alpha. In 2016, Lenovo had a concept device called CPlus, which had a 4.26-inch display that you bent over your wrist. Unlike the CPlus, the Alpha is a real device you can get now.

In February, Apple once again updated its patent application for a clamshell phone with a foldable display and body. The filings have been ongoing since Apple’s first one eight years ago, in 2011. Since then, rumors of a flexible iPhone reignite with every new updated document, which have been filed in 2014, 2016 and 2017.

According to the filings, the phone “may have a flexible portion that allows the device to be folded.” But keeping with its usual style, Apple has remained mum on details. So far, nothing has come to fruition with any of these patents in the public eye, and there hasn’t been any info on what this device might be (and if it will even be a phone at all) or a timeline to expect such products.

Will Apple jump on the foldable phone trend?

Fast forward later to May when Google then confirmed that its been prototyping the technology, but didn’t see a clear use case for foldable screens yet. In addition, Google plans to support foldable phones with its Android OS platform to develop the technology from the software side as well.

As mentioned before, Lenovo introduced the concept CPlus phone in 2016, which could bend and wrap around your wrist like the Nubia Alpha. While it was just a concept phone back then, Lenovo has been making inroads to release a real foldable phone to the masses. In July 2018 it filed a patent application for a “portable information device” with a “foldable configuration.”

LG doesn’t have any foldable phones to announce yet, but we do know it’s interested in the form-factor. So far it released two phones that come with a second screen attachment: the LG V50 and the LG G8X ThinQ.

Unfortunately, neither of these two phones are flexible. Back in 2014, LG did launch the G Flex, a phone with a curved screen. More recently at CES 2019, there were rumors that LG would introduce a flexible phone, but that turned out to be a false alarm. Instead, it showed off a rollable TV that will be on sale later this year.

We know that LG has the technology in the works for a flexible phone, and the company is said to be working on one. But for now, these two-screen accessories will have to do.

Huawei's Mate X finally launches -- but only in China

What Google knows about you might be a shock. Here's how to manage or delete your activity 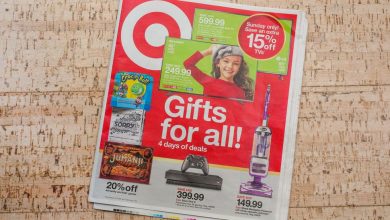 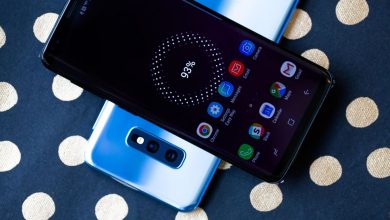 Galaxy S10 phones: How to buy them now, and whether you should 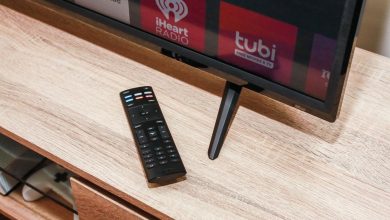