When I first pulled the lid off of the Nest Wifi box, the whole thing slipped out of my hands and the hardware inside toppled right out. I could only watch in horror as Google’s marshmallowy mesh router thunked to the ground and rolled across my living room’s hardwood floor.

Fortunately, this system is idiot-proof — and not just when it comes to sudden, spontaneous drop tests. You plug it in, you do what the app says and ten minutes later your new mesh network is up and running and spreading a Wi-Fi signal throughout your house that’s about as speedy as you could reasonably expect. It’s as easy as setting up a smart speaker, because in addition to extending the Nest Wifi Router’s range, each Nest Wifi Point is, itself, a smart speaker. You get one of each — the Nest Wifi Router and a Nest Wifi Point with built-in microphones and surprisingly adequate bass — for $269.

Between the presence of the Google Assistant and the fact that you’ll run everything through the Google Home app, Nest Wifi asks you to plant a foot in Google’s smart home garden if you haven’t done so already. And it isn’t cheap. For comparison, the third-gen, three-piece mesh system from Amazon-owned Eero costs $249, or twenty bucks less than a two-piece Nest Wifi setup. Meanwhile, a brand new, two-piece Netgear Orbi mesh system costs $129 at Walmart. That’s less than half of what Google’s asking.

Still, Nest Wifi proved fast, reliable and easy to use, and it edged out Eero and Orbi in my speed tests (yes, even after I dropped it). It doesn’t support the latest, fastest version of Wi-Fi, called Wi-Fi 6, but that only really matters if you expect to have an internet connection that’s faster than 1,000 Mbps or so within the next few years (don’t hold your breath). It’s a great upgrade for anyone who’s already invested in Google’s internet ecosystem of services and devices, particularly those who would welcome the chance to expand the Google Assistant’s footprint in their home. But those who aren’t committed to Google at this point would be wise to shop around, because better mesh values with comparable coverage are already available today.

Google is currently working to center all of its smart home offerings behind a unified Nest brand. Hence, what was Google Wifi is now Nest Wifi. Google marked the occasion with a brand new design, faster top speeds, and the addition of Google Assistant voice controls in each each Nest Wifi Point. And, in a nice touch for existing users, all of the new hardware is backwards compatible with the previous-gen Google Wifi gear.

Nest branding aside, you’ll control everything via the Google Home app, which requires you to have a Google account. The app is clean and fairly simple, and it does a great job of walking you through a setup process that’s easy to begin with. You just plug everything in, tell the app to connect with the router, and then scan a QR code on the bottom of each Point with your phone’s camera. A few minutes later, your mesh network will be up and running.

The app doesn’t offer quite as many features as something like a dedicated gaming router, but you still get some nice controls over your network. You can view the devices connected to it and group them together, then pause the connection to those devices at any time you like, including with a quick voice command. That’s basically a parental superpower, but it’s not exclusive to Google — most decent routers some form of device-blocking functionality at this point.

Nest Wifi can also prioritize traffic to any of the devices on your network, which comes in handy if you’re streaming 4K video or gaming online. Speaking of gaming, the system will automatically prioritize traffic for Google Stadia, the search giant’s upcoming cloud gaming platform.

As for the hardware itself, the Nest Wifi Router and Nest Wifi Point each feature a simplistic, inoffensive design that’s built to blend into your home without needing to be hidden out of sight, where they won’t perform as well. To that end, the Points come in your choice of three colors, but the Router only comes in white.

One other quibble: The Router only includes a single spare Ethernet jack, and there aren’t any Ethernet jacks on the Points at all. That means you only get a single wired connection for something like a gaming console or a smart home bridge before you’ll need to buy a separate Ethernet hub. It also means you can’t run a cable to the Nest Wifi Point to daisy chain a wired connection for faster mesh performance.

Speaking of the Points, they’re functionally identical to Google’s Nest Mini smart speakers. They include access to all of the same, voice-activated Google Assistant features, as well as a microphone mute switch in the back and touch controls on top. Sound quality is more of less on par with the Nest Mini and with other small-sized smart speakers like the Amazon Echo Dot — which is to say that it’s ideal for casual listening but likely to underwhelm at a house party.

Like Google Wifi before (and like most other mesh networks), Nest Wifi doesn’t separate the 2.4 GHz band from the faster 5 GHz band. Instead, it automatically “steers” you between the two of them on a single network as you move around you move throughout your home. This worked great in my tests, where I moved from room to room running speed test after speed test — I never noticed any hiccups in the connection whatsoever.

Apple TV Plus: How to watch (free!) on iPhone, Amazon Fire, Roku

8chan back online after rebranding itself as 8kun 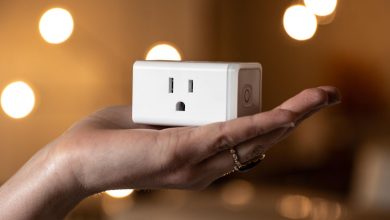 Hacks@Home: How to install a smart plug – Video 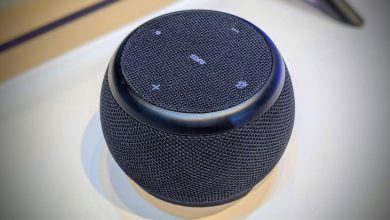 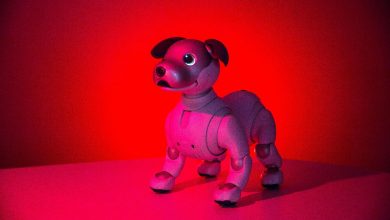 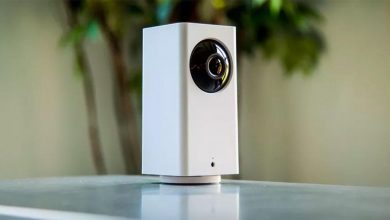