We’re at the very beginning of the Wi-Fi 6 era, and new, next-gen routers capable of putting 802.11ax’s upgraded features to work are already up for sale.

It’s early, though. Despite the fact that Wi-Fi 6 routers are backward-compatible with previous-gen Wi-Fi devices, they won’t be able to do much of anything to speed them up. For that, you’ll need new devices that support Wi-Fi 6, too, and hardly any are currently available — though that could soon change, now that the iPhone 11 lineup is on board with the speedy new standard.

Still, we won’t really be able to test out Wi-Fi 6’s claims of being much, much better at connecting with lots and lots of devices at once until those devices get here. You should expect to start seeing faster Wi-Fi at places like airports and stadiums, but we’re probably a few years away from feeling the full impact in our homes (and our test lab).

That said, early estimates describe those top Wi-Fi 6 transfer speeds as 30% faster than the top Wi-Fi 5 transfer speeds. And, while it’s true that there aren’t many Wi-Fi 6 client devices available yet, that doesn’t mean that there aren’t any. In fact, if you’ve got the right kind of computer, you can find a number of Wi-Fi 6 adapters on Amazon right now for $40 or less.

We picked one of those up for ourselves, and we’ve been using it to put the emerging crop of Wi-Fi 6 routers to the test. Here’s how that’s been going.

We can still test each router’s top transfer speeds by measuring its ability to move files around locally, though. With the Netgear Nighthawk, for instance, the router comes with a set of two 1-gigabit Ethernet ports in the back that you can aggregate into a single connection from two incoming servers. Other routers offer multi-gig Ethernet ports that support speeds as high as 2.5, 5 or even 10 Gbps.

For our tests, we connect ports like those to MacBooks that act as our servers for the test. The MacBooks transmit data to the router over those Ethernet connections — from there, a third computer equipped with a 802.11ax card can connect to the router to download the data wirelessly at Wi-Fi 6 speeds.

With the Netgear Nighthawk AX12, speeds clocked in at 1,320 Mbps, or 1.32 Gbps. The support team for the Killer Wi-Fi 6 module in our test PC told us that the numbers we were seeing sounded about right, and that with different routers or in a different environment, perhaps one with less interference, we might see speeds as high as 1.4 or 1.5 Gbps.

So, we kept testing. To date, the fastest Wi-Fi 6 speeds we’ve seen came from the TP-Link Archer AX6000, which measured in with an average wireless download speed of 1,523 Mbps at a distance of 5 feet. Range was strong with that router, too — at a distance of 75 feet, the connection still averaged out to a blazing fast 868 Mbps.

But hey, that’s a lot of numbers, and numbers are easier to process when you put them into perspective. To do so, I’mma call in the big guns.

From Robert Downey Jr.’s debut as Tony Stark to the climactic clash with Thanos eleven years later (and setting aside Spider-Man: Far From Home) the Marvel Cinematic Universe consists of a whopping 22 films adapted from Marvel comic books, stretching from Iron Man to Guardians of the Galaxy to Black Panther all the way up to Avengers: Endgame. It’d take more than 48 hours of screen time to watch them all (just ask CNET’s Abrar Al-Heeti, who actually pulled it off in a single 59-hour marathon).

Now, let’s say you wanted to follow in Abrar’s footsteps and host a Marvel marathon of your own with those same 22 films. You don’t want to rent, you don’t want to stream, and you don’t want to wrangle a bunch of discs — you want your own, high-quality digital copies of each film, and you’ll need to download them.

Assuming you were downloading them in 4K resolution using the same compression standards as Blu-Ray, each film would eat up about 70 gigabytes of storage space. The grand total for 48 hours and 11 minutes of footage? 1,580 gigabytes — more than a terabyte and a half.

So. How long would it take you to download all of those files?

Well, according to the global speed index at Ookla, a top speed-testing site, the average fixed broadband download speed in the US is now 124 megabits per second. Bits aren’t the same as bytes, mind you, but the conversion is easy: You just divide the bits by 8.

So, with that average, 124-megabits-per-second connection, you’d be able to download about 15 megabytes per second — or .015 gigabytes per second. Dividing our grand total of 1,580 gigabytes by .015 tells us that downloading the entire MCU with an average connection speed would take 105,333 seconds.

That’s roughly 29 hours and 16 minutes. And you don’t even have a time stone to speed things up.

In my home, I’m lucky enough to have a direct fiber connection. My plan is set at 300 Mbps, which is easily fast enough for my purposes, but entry-level as far as fiber goes. If that speed held steady, I’d be able to download the entire MCU in about 11 hours, 42 minutes.

What if I upgraded to the best possible fiber connection, complete with the top-of-the-line hardware needed to take advantage of it? The fastest Wi-Fi 5 router we’ve tested is the Asus RT-AC86U, which clocked in with an impressive transfer speed of 938 Mbps on the 5GHz band. With that router and a fiber connection that was fast enough to match it, I could download all 22 MCU films in about 3 hours and 45 minutes.

This brings us to Wi-Fi 6. Like I said before, we clocked the TP-Link Archer AX6000 at a top transfer speed of 1,523 Mbps. Assuming we had an internet connection of at least that speed, we’d be able to download all 22 films in just 2 hours and 18 minutes. At that speed, you could download the entire MCU almost 13 times before someone connected at the average US speed was able to download it once.

Again, the big, obvious problem with all of that is that most people don’t have access to faster-than-average internet speeds. A direct fiber connection only became available in my neighborhood very recently — before that, I was living with cable internet download speeds of about 62 Mbps, which is well below the national average.

A Wi-Fi 6 router wouldn’t do much of anything to speed up a connection like that, or even the speedier fiber connection I’m enjoying now. And without Wi-Fi 6-compatible laptops and devices, I wouldn’t be able to enjoy the faster local transfers within my home’s network, either. For almost all of us, it’s way too early to upgrade to a new Wi-Fi 6 router.

For almost all of us, it’s way too early to upgrade to a Wi-Fi 6 router.

In other words, your internet connection is only as fast as its slowest link. And for most of us, our ISP’s top download speed is going to be the slowest link.

The silver lining to that is that is that we can expect some pretty dramatic jumps in internet speeds in the coming years. Experts pegged Wi-Fi 6 as 30% faster than Wi-Fi 5, and our early tests seem to indicate that it’s an accurate claim. But that’s compared to the fastest possible Wi-Fi 5 connections. The speed jumps are much, much more significant when you compare them to the average internet speeds that most of us are currently stuck with. Not 30% faster, but 1,000% faster.

And that’s just based off of our first speed test — other routers might produce even faster results in the months ahead. One option from TP-Link even promises theoretical maximum speeds of 10,756 Mbps — nearly 11 gigabits per second.

In the meantime, we’ll continue testing out the newest routers to see if we can find any that are even faster than the models we’ve already tested. You can also expect to see fresh tests and reviews for the current-gen routers and mesh systems that can tide you over until Wi-Fi 6 becomes a more meaningful upgrade. Do stay tuned. 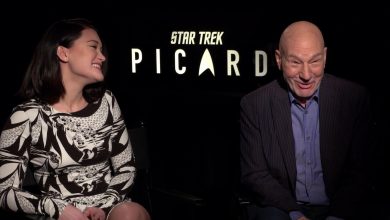 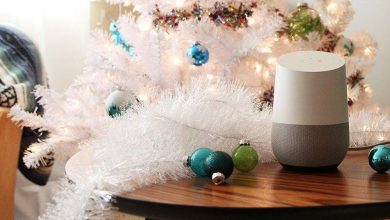 5 ways Alexa can help with your taxes

Why you should ditch your alarm and wake up with light