Gamers are some of the easiest people to shop for, because there’s always so much new gear to buy, from game consoles and gaming accessories to computers and even gamer tailored TVs. But this holiday season may be slightly more difficult, in that the current generation of living room consoles, like Xbox One and PlayStation 4, are each several years old. That means new models are expected at this time next year, and most serious gamers own one or more of the current crop already.

So what are the best gifts for gamers this holiday season? Well the Xbox One, PlayStation 4 and Nintendo Switch all have newer, upgraded versions that could be worth trading up to, but there’s also a leap forward for virtual reality headsets and, on the other end of the spectrum, retro video game consoles that take the avid gamer down memory lane. Either way, we’re not going to let that stop us from finding an amazing lineup of the best gaming gifts! I’ll keep adding to this list as new, worthwhile gamer gear crosses my desk.

Even if it’s gotten along in years, the PS4 is still a very capable game console. The biggest problem is, in the intervening five years or so, you’ve probably upgraded to a 4K TV, while the PlayStation 4 is still spitting out paltry 1,920×1,080 content. Is that the kind of world any gamer wants to live in? I thought not. The upgraded Pro version of the PS4 offers 4K HDR output, plus some games can take advantage of the better hardware to juice up their actual graphics.

The Xbox One X is the most powerful home console right now in terms of raw horsepower. Like the PS4 Pro, it outputs 4K HDR. But side by side, games like Red Dead Redemption 2 look better on the One X on a high-end 4K television. Do current Xbox One owners really need to upgrade? Probably not, but it’s a great match with a nice, big OLED TV.

Read our Xbox One X review.

The so-called V2 version of the original Switch has quietly made its way into stores, and some people are even trading in their original hardware for the new model. The difference between the two versions of the modular Switch is a processor upgrade that promises improved battery life. Most Switch stock in stories should be the new V2 version by now, but to make sure, note that the V2 Switch comes in a box with a red background on its front panel.

Hands-down the best overall VR headset experience for consumers right now. While the app library for Oculus’ new headset is small, it also kills the big external cords hanging off the back, so it’s perfect for a small living room or bedroom. The Quest provides an immersive VR experience with great controls and full positional tracking — requiring no phone, PC or game console. It’s basically the VR experience we were promised since at least the 1980s.

Got thousands to spend on a gaming laptop? The choices are endless. Want to spend less than $1,000, but still not come off as a total cheapskate? This is our favorite budget gaming laptop right now, with the right mix of decent design, good gaming power and mainstream features.

Like PC gaming, but prefer to do it from the comfort of your sofa? The appropriately named Couchmaster may be gigantic and garish, but it has room for any keyboard, mouse or laptop, no matter how big. It’s basically a big plastic desk that sits on two giant foam boxes, like an old-school TV tray. But inside this desk resides a USB hub that will help route all your cables to a single output. Bonus: There’s very little chance your giftee will get this from anyone else.

If you’re going to go all-out and spend as much on a gaming laptop as one might on a decent smart refrigerator, it’s hard to go wrong with the expertly made Origin PC Eon17-X. It’s got desktop-level components, including the newest Nvidia RTX 2080 GPU, and configuration options that go from expensive to really expensive, to really, really expensive. Part of the appeal is also the excellent hands-on customer service this Florida-based company offers.

Read our review of the Origin PC Eon17-X.

I get that $179 seems like a lot to spend on a single game controller, even as a gift for someone you like a lot. The Series 2 version of the Xbox Elite gamepad is a big step up from other console controllers. You can adjust the tension on the thumbsticks, it’ll work with the Xbox One, gaming PCs and next year’s Project Scarlett next-gen Xbox, and the rock-solid build feels better than any other controller I’ve used. New for this year’s version is a nicer texture on the grips, and a cool charging dock built into the case.

Who knew retro micro consoles would take off like they have? The Nintendo NES Classic and SNES Classic were both huge hits (the PlayStation PS1 Classic, less so), but this Genesis version was the one an entire generation of Gen-X gamers were waiting for. The list of included games is solid, leaning heavily on Genesis nostalgia. Original pack-in title Altered Beast is there, as is Sonic the Hedgehog and Ecco the Dolphin, plus Phantasy Star IV and the Zelda-like Beyond Oasis.

Best laptops for the holidays 2019 video

Marvel has a countdown clock to the Disney Plus launch 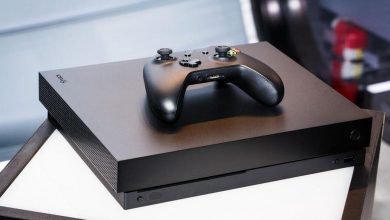 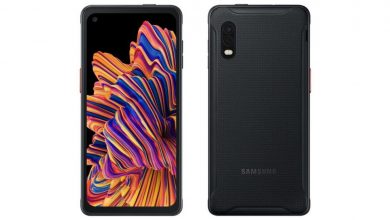 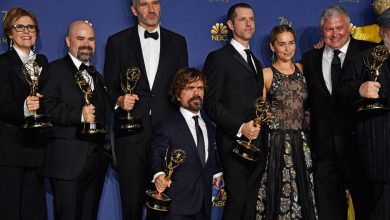