The long-awaited launch of Disney Plus has finally arrived, which means anyone looking for something to watch this holiday season will have yet another streaming service to add to the list beyond Netflix, Amazon Prime Video and Disney’s other platform, Hulu. But the newest streaming options won’t stop with the “House of Mouse.” Next April will see Comcast bring out its ad-supported Peacock service and in May AT&T will offer HBO Max. With the big battle so far set between Disney, Apple and Netflix — and soon HBO Max — here’s a breakdown of where each stands right now.

The basics: Pricing, titles and more

Plans on Disney, Apple and HBO are relatively straightforward. There’s a single plan for each service that includes 4K HDR streaming, mobile downloads and the ability for multiple people to watch at once.

Netflix is a bit trickier with its three plans: They start at $9 per month for a single, non-HD stream that can download to one phone or tablet. Next is its most popular, $13 per month plan for two streams in HD and the ability to download to two devices. Last, it’s $16 for four streams in 4K HDR and downloads on up to four devices.

Meanwhile, each of the competing streaming services has its own group of noteworthy titles. For instance, Apple TV Plus is the only place you can watch Jennifer Aniston’s The Morning Show, while Disney Plus is where you’ll be able to stream the new Star Wars series The Mandalorian. HBO Max, meanwhile, will have Friends in 2020 and Netflix will host The Office (at least until 2021).

Apple TV Plus may have the most limited selection with just nine titles, but it’s also the cheapest. Families will likely gravitate toward Disney Plus, with its extensive catalog of family-friendly content including Disney’s live-action and animated films and TV shows, plus offerings from Pixar, Marvel, Lucasfilm and National Geographic.

By comparison, while HBO has Sesame Street, Apple has Snoopy, and Netflix has its own Kids section, none of these offers the singular, family-friendly focus of Disney Plus.

If you’re looking beyond the wide Disney domain, you’ll find large varieties of content across genres at HBO and Netflix. But both of those services are among the priciest streaming options, with HBO running $15 per month and Netflix’s most popular plan — that “Standard” plan with two HD streams — running $13 per month.

Disney also includes higher-quality 4K HDR streams, a step up in picture quality from traditional HD, in the subscription price and across a host of devices and platforms. Apple includes 4K HDR on some non-Apple devices but limits premium features such as Dolby’s Atmos sound and Vision picture to Apple products.

Netflix has 4K HDR, but you need its priciest $16 per month Premium tier.

In a statement provided to CNET, a WarnerMedia spokesperson confirmed that HBO Max will allow for mobile downloads and multiple streams with 4K HDR coming in the future.

“The HBO Max platform will support mobile downloads and details on concurrent streams will be available closer to launch,” the spokesperson said. “4K HDR is a part of the HBO Max product roadmap but we don’t have any additional information to share at this time.”

When it comes to devices, assuming HBO Max follows the same distribution as HBO Now, all four services will be on iOS, Apple TV, Amazon Fire TV and Roku. Some newer TV models, like the latest Samsung televisions, may have apps for some or all of these services as well.

The only real limitation when it comes to these four services is with Apple TV Plus, which isn’t available on Android, Android TV, Chromecast or game consoles such as the Xbox One and PlayStation 4.

Apple hasn’t partnered with a single wireless provider, but it is offering a free year of TV Plus to anyone who buys a new iPhone, iPad, iPod Touch, Apple TV or Mac.

So many services, so little time

Disney Plus is yet another service that parents in particular will need to pay for, but unlike with Apple Plus at least there’s a wealth of content available to its subscribers. With even more streaming options coming in the new year, it’ll be interesting to see whether they’ll take Netflix’s crown or fall by the wayside. Grab your popcorn: The latest battle in the streaming wars has officially begun.

How do you feel about the influx of new services? Will you be unsubscribing from existing ones to make room in your budget? Let us know in the comments below.

Disney Plus launch glitches out with service failures, login problems

The best fitness and wellness gifts under $100

Pick the right Galaxy S10 phone for you

Galaxy Fold: How to reserve Samsung’s foldable phone on April 12 to preorder April 15

iPhone XR vs. Galaxy S10E: Which phone has the best cameras 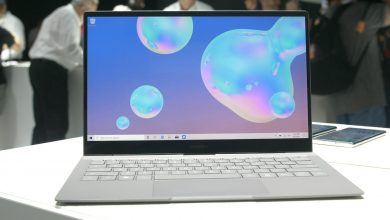