Texting on your Android phone is about to get a whole lot better. Last week, Google announced that it has begun slowly rolling out RCS Messaging in the US to users of its Messages app. If you don’t use Google’s Messages app for text messaging on your phone (not to be confused with Samsung’s Messages app), you’ll want to start.

RCS Messaging adds features similar to Apple’s iMessage to your Android phone, complete with the ability to send full-resolution photos and little bubbles that let you know when someone is typing. Google is taking its time with the rollout, but plans to give everyone access to the feature by the end of the year.

Google has tried its hand at many different messaging services, lagging behind Facebook Messenger and Apple’s iMessage to gain any real traction. With RCS Messaging so tightly intertwined with text messaging, Google may have finally found itself a winner. RCS Messaging doesn’t really roll off the tongue, so within the Messages app, Google refers to the service as Chat.

The Moto Razr is reborn, Android Messages gets better

Let’s take a closer look at what you’ll need to do to turn on the new feature, as well as some of the more nuanced aspects of RCS Messaging.

Get started with Google’s Chat feature

First, you’ll need an Android phone with Google’s Messages app installed and set as the default text messaging app. The first time you launch Messages, it will ask if you want to set it as your default app. Just follow the prompts and don’t worry, you won’t lose your conversation history by switching.

It may be some time before you get access to RCS Messaging (Google seems content to roll it out 1% of the population at a time), but in the meantime, you’ll be able to take advantage of Messages for Web, which allows you to send and receive text messages from your computer. So it’s still worth making the switch.

RCS messages will work in the US, UK, France or Mexico — for now, though again, the rollout will take time. Google is currently adding more US users and expects to have RCS enabled for all Messages users’ in the US by the end of the year.

After installing Google’s Messages app and setting it as your default texting app, there are two different ways to enable Chat. You can either wait for a prompt in the Messages app asking if you want to see when your friends are typing, or you can go into the Settings section of Messages and look for the switch to turn Chat on.

When you get the prompt, tap Upgrade Now then follow the prompts and enter your phone number if prompted. You can also open Messages and tap on the three-dot menu button (top-right corner of the app) and select Settings > Chat Features. If Chat Features isn’t in the settings section, then your account doesn’t have access to RCS quite yet.

This same settings page is also where you can go to turn your read receipts on or off, as well as disable the typing indicator whenever you’re typing and control what happens of Chat fails to send a message.

If you run into issues with sending messages, you can also view the current status of your phone’s connection to the Chat service in the settings app. As long as it says Connected, your phone number is registered with Chat and should use the service whenever you’re talking to a contact who also has Chat enabled.

That’s an important aspect of Chat. Whoever you’re talking to will also need to have the feature enabled on their device to use the new chat features, though of course all usual texting features still apply.

You’ll be able to take advantage sooner by getting your friends to use Google Messages. You can guide them through the setup process (or send them a link to this post).

If you’re impatient and want to try Chat right now, you can try a workaround that some Reddit users discovered. It’s a bit technical, but it should get you up and going.

Use the new Chat features in a conversation

After you turn on chat features, the Messages app will continue to work and look the same, and you should keep using it the same way you always have. The app knows when you’re talking to someone through text or another contact with chat turned on.

The easiest way to tell if a conversation is using old-fashioned text messaging or the new chat features is to look at the text box before you start typing. If the box says “Chat message” then the conversation will have typing indicators, read receipts, and the rest of the features that RCS Messaging offers.

When chat features are in use, you’ll see delivered and read receipts underneath each message you’ve sent, and you can send full-resolution photos and share files with fellow chat users. You don’t have to do anything special to send a high-resolution image, just tap on the photo icon in the app and pick photo or video. You’ll see a loading circle on the image as its uploaded and sent, but otherwise, the process looks and works the same as sending a text message.

Because Chat works over mobile data or Wi-Fi, you can put your phone in airplane mode and you’ll still be able to send and receive messages with other Chat users.

Switching phones? Make sure you turn Chat off

Yes, and in fact, you should do so before you remove the SIM card from your phone. If you forget to turn off chat features before moving your SIM card to a new phone, chat features could continue to work for up to 8 days. Meaning, you may not get messages sent to your number by someone using chat.

You can use apps like WhatsApp and Signal, or Apple’s iMessage if you prefer end-to-end encryption.

If you have more questions about RCS Messaging, we have answers. We also have a roundup of the best messaging apps for Android users, or if you’ve been thinking about jumping ship to the iPhone ($699 at Amazon), you might be surprised at how easy it is.

Motorola Razr: 6 burning questions we still have about the foldable phone 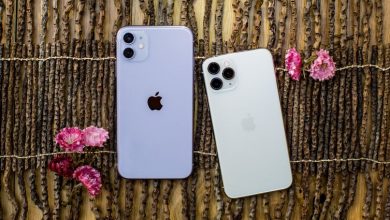 All the best Cyber Monday phone deals you can get in 2019: iPhone, Samsung Galaxy, Pixel 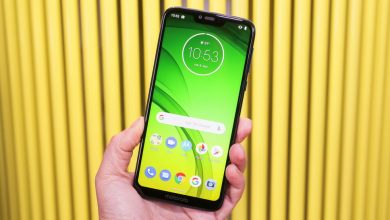 Samsung Notebook 9 Pen for 2019: Made to please creative pros