The 2004 Motorola Razr is back for 2019, this time with a sexy foldable 6.2-inch screen that bends in half and a 16-megapixel camera for all your shots. After playing with it at Motorola’s Chicago headquarters, I called it, “Streamlined. Utterly pocketable. Nostalgic, with a sharp futuristic edge.” You might call it a flip phone for the modern age — it even has a secret retro keyboard for nostalgia-seekers.

Motorola’s Razr is the third major foldable phone on the market, after the Samsung Galaxy Fold and Huawei Mate X, which currently only sells in China. The Razr is also the first design of its kind, a tall, narrow vertically flipping device rather than a tablet replacement that opens up like a book. Motorola’s success or stumbles with the Razr could help set the direction of foldable phones to come — maybe even Samsung’s future foldable clamshell, which the company teased at a developer conference last month.

We know a lot about the foldable Razr phone. How much it costs (a princely $1,500) and when it goes on sale (Jan. 9). How its specs stack up against the Samsung Galaxy Fold’s and why Motorola wanted to make this foldable flip Razr in the first place. But there are some things we don’t know, all of which will be critical to the phone’s success. And since preorders in the US don’t begin until Dec. 26, it will be a while before we find out.

Motorola Razr is futuristic and familiar

How durable the foldable screen really is

Although Motorola claims its early work on a plastic hard coat for the screen puts it in a better place than Samsung, it isn’t clear how well the Razr’s screen will be able to sustain the stress of repeated opening and closing throughout its lifetime, and how well it can rebuff normal wear and tear by items coming into contact with the screen, even an accidental fingernail scratch.

If the battery life will truly last all day

Motorola claims that the foldable Razr’s 2,510mAh battery will last you all day, but we obviously need to test it to find out, both in our lab and through day to day observation.

But even without testing, a 2,510mAh battery is quite small to power two screens, the camera and all the rest. As one comparison, the Samsung Galaxy S10E has a 5.8-inch screen and a 3,100mAh battery. As another, the (much larger) Galaxy Fold has a 4,380mAh battery.

Part of the problem is that the Razr’s total battery capacity is divided into two parts. This design helps keep the phone balanced so one half isn’t heavier than the other, but using two batteries is typically less efficient than one larger battery of the same capacity. This was the case with the Galaxy Fold, which ran for less time than expected for its battery capacity — so we’ll keep a sharp eye on the Razr’s total battery life per charge.

How splash-proof the screen and body are in daily life

The Razr isn’t rated for waterproofing, but Motorola says it’s splash-proof nonetheless. The foldable phone has been coated inside and out with nanocoating, which helps protect internal electronic components from water damage.

I’ll want to see whether ordinary splashes and raindrops affect the screen and camera. The Galaxy Fold came with a long list of care instructions that highlight its fragility, including limited exposure to liquids, so this will be a real test of the Razr’s mettle.

Right now the Razr comes in one color, “noir black”. If demand is high enough, Motorola may work up a new tone. The first Razr came in a rainbow of eye-popping shades beyond its original silver. I’d love to see this foldable Razr similarly branch out.

How many times the Razr was folded during testing

Motorola isn’t saying how many times its Razr was folded and unfolded as part of a stress test. Since in our tests the Galaxy Fold broke after about half the time Samsung said its test was rated for (100,000 folds versus 200,000 folds), our interest is high.

Nobody wants a $1,500 investment to fall apart over the course of a year or two, even though Motorola’s warranty does cover a replacement.

We didn’t bring the new Motorola Razr to market until we knew it was ready. We have full confidence in the durability of the Flex View display, and based on our research, it will last for the average lifespan of a smartphone. We acknowledge this is a brand new technology and we are committed to continue improving as the industry evolves. Therefore, we’ve created a world class service package to make sure every Razr customer has an exceptional experience.

If it’s worth buying — and if so, for whom

You want to know, and so do I. Is the Razr a feather in the cap for collectors with means, or will it be a practical device for everyday people? This is unfortunately a question that only the review can answer, after extensively testing the screen, battery stamina, real-life pocketability and camera.

When the review phone arrives, I’ll use the device as my one and only phone. Until then, I’ll keep posting updates about the Motorola Razr as new information comes in. Feel free to share burning questions of your own in the comments section, or reach out to me at @jdolcourt on Twitter.

Updated with new information about the January 9 sale date.

Walmart Black Friday 2019: These are all of the best deals (updated)

Google's RCS texting is like iMessage for Android. Here's how you use it

How to stop robocalls on iPhone and Android 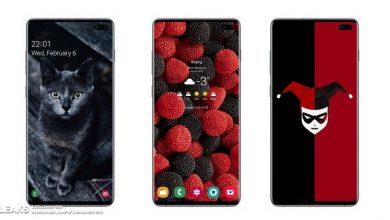 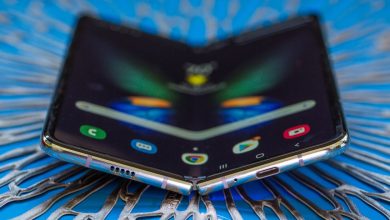 Galaxy Fold: 8 things I love and hate about Samsung’s foldable phone so far 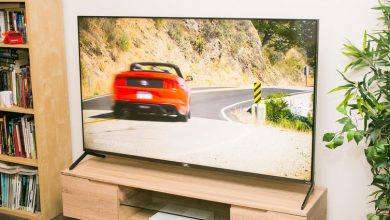 Best Buy Cyber Monday 2019: These are the best deals