Black Friday is finally here, and all the major retailers, from Walmart to Best Buy to Target, have launched their seasonal savings. Amazon is no exception: The online mega-giant has opened the floodgates on a host of new deals. Some of the most notable recent Amazon device deals include:

Of course, Amazon has plenty of other great stuff on sale, too. Other great deals we’ve spotted:

But that’s just the beginning of Amazon’s massive holiday deals — you can also find sales right now on the Kindle Paperwhite and nearly all other Amazon devices.

Before you start shopping, check out my advice on how to save an extra 10% to 20% at Amazon to learn some of the Amazon-specific cash-back tricks that I’ve recently discovered. And don’t forget: There are some undeniable advantages to being an Amazon Prime member during Black Friday shopping.

So without further ado, let’s look at the best deals popping over at Amazon right now.

These sweet deals just arrived. If you’re looking for an Echo Show, Fire player or tablet, now is the time to buy.

The Apple Watch isn’t for everyone — and that goes double for Android phone owners. But this stylish (and round) Fossil model is no slouch in the tech department, either, with on-board GPS, NFC and heart rate monitoring among its bag of tricks.

The 2019 version of the standard AirPods — then non-Pro model with the non-wireless charging case — will run you $159 at the Apple Store, and $144 most other times of the year at other retailers. But they’re now down to $140 at Amazon — not a huge savings, but lower than anywhere else.

Amazon now has the brand-new 10.2-inch iPad for $250 (Best Buy and Walmart have it, too). This iPad has a larger screen and more Pro-level features than its predecessor, and is a good upgrade for anyone who has the non-Pro 2017 model or older.

The Fire Stick (the HD version — if you want the 4K edition, scroll down a little) is just 20 bucks right now. That’s not the best price we’ve ever seen on the Fire Stick, but it’s still quite the bargain.

This 32-inch HD Smart LED TV from Insignia (model NS-32DF310NA19) has Amazon Fire TV built-in, which will let you access Disney Plus, Netflix, YouTube, Prime Video, Hulu, HBO and more. You can also add the code FTVE19 for a free Echo Dot to be included with the TV.

Best Buy and Amazon have the Jabra Elite 65t earbuds (CNET gave them an Editors’ Choice Award last year) on sale for $100, though not in the full array of colors — if you want them in titanium black or gold beige, you’re in luck. The new, more compact Elite 75t earbuds typically retail for $180, but you can snatch them up now for $150. The slightly more rugged Elite Active 65t model is currently on sale for $140.

It’s not even released yet, but Amazon just trotted out its first-ever discount on the Echo Show 8. It’s basically a larger version of the super popular Echo Show 5 (which is currently on sale for $50, FYI), and therefore better suited to places like the kitchen, where the 8-inch screen makes it easier to view cooking videos and the like.

This 50-inch 4K smart TV from Toshiba (model 50LF711U20) has an Amazon Fire TV built in, for easier streaming from Disney Plus, Netflix, Prime Video, Hulu, HBO and more. You can also add the code FTVE19 for a free Echo Dot to be included with the TV.

Save $20 now on an Amazon Echo Input, a nifty device that adds Alexa to an external speaker and connects via 3.5mm audio cable or Bluetooth. Basically, it helps you turn any speaker into a smart speaker.

Amazon’s Eero mesh Wi-Fi system is designed to bathe your home in Wi-Fi. This three-pack setup lets you replace your router and covers up to 5,000 square feet, eliminating any dead zones in your home. Regularly priced at $249, the current offer of $160 is a relative steal.

The Amazon Echo Link Amp helps you upgrade your speakers with a built-in 60-watt two-channel amplifier, high-fidelity streaming music and Alexa. You can use it to voice control your music with your Echo device, or the Alexa app.

As expected, some of the best early discounts are on Amazon devices (though some of the items below may be even cheaper next week). But I found a few noteworthy non-Amazon deals as well, so check those out, too.

Released in early November, the AirPods Pro are available for a cheaper price. Regularly priced at $250, the small discount for the noise-canceling earbuds is great for those needing to upgrade their previous AirPods or those who want to dive into a truly wireless audio experience. Note that these keep going in and out of “backordered” status, so right now there appears to be a delay in shipping.

The eternally popular civilization-building board game is 49% off. This is the core game for three to four players.

Got some saliva to spare? Send a little to 23andMe and receive back over 125 DNA-based reports on your health, wellness, ancestry and the like. This is the lowest price we’ve seen on this kit, which normally runs $199.

Actually, this app-powered garage-door controller originally sold for $130, so in a way you’re saving $100. It’s been steadily creeping down in price, but this is the lowest I’ve seen it. It’s compatible with most garage doors, and its usefulness cannot be overstated. Arguably the best $30 you can spend on your house right now.

Adding a soundbar to your TV- and movie-watching experience will improve it like few other accessories can. Stuck trying to decide which one? Here’s a good option at a particularly good price. For a limited time, while supplies last, Amazon has the Polk Command Bar for $199. That saves you $100. There are more affordable sound bars out there, but this one has two great perks: a wireless subwoofer and built-in Alexa smarts.

Currently 42% off the list price, this is the best price we’ve seen on this 65-inch UHD TV. It includes both Alexa and Google Assistant for voice control and smart assistance, and AirPlay 2 lets you cast from any Mac or iOS device to the big screen. LG also packs in a quad-core processor that supports HDR color and Dolby Atmos 2.0 with 20-watt integrated speakers.

While Sony’s WH-1000XM3 noise-canceling headphones showed up to party at $228 very briefly last week, we can’t be sure that wasn’t just a pricing error rather than a deliberate effort to undercut Bose. Nonetheless, it’s now priced at $278, and we’d be surprised if it went any lower before the holidays. There’s little doubt that these excellent-sounding headphones are the ones to beat right now, which is great, since they’re priced about the same as its chief competitor, the Bose QuietComfort 35 II.

This deal had expired, but it’s back — available now.

Vizio’s 2019 P-Series Quantum TV cost $1,400 when it debuted earlier this year. Amazon’s current deal saves $521 off Amazon’s regular price, bringing this TV down to under $900. That’s even lower than its September sale price of $998. You’ll get 4K HDR, a nice 65-inch display and smarts for Apple HomeKit, AirPlay and Alexa and Google voice commands. We haven’t reviewed this model yet, but CNET’s David Katzmaier loved its 2018 predecessor. Need an even bigger screen? There’s also an option to purchase the 75-inch model for $1,498, an $800 discount.

Sure, there’s an avalanche of competition out there, with more noise cancelling headphones than you can soundlessly shake a stick at. But Bose always seems to lead the pack with superb comfort, noise cancelling, and overall sound quality. Right now, you can get Bose QuietComfort 35 II Wireless Bluetooth Headphones for $70 off at Amazon. If you don’t care about getting a dedicated Google Assistant button, you can still find otherwise identical, refurbished copies of the original Bose QuietComfort 35 headphones at Amazon as well. That said, the price has been fluctuating a bit — we saw the QuietComfort 35 II for as low as $235 recently, so there might still be some surprises between now and Cyber Monday. But you certainly shouldn’t pay more than $279 if you’re in the market between now and the new year.

If you’re looking for some extra room for your Instant Pot culinary pursuits, the Instant Pot’s Duo 7-in-1 model is $65 for Black Friday. This deal, though, is only available for the day.

Amazon deals that have expired (but are likely to return)

This is it. The Black Friday MacBook Air sale we’ve been waiting for. Amazon offers a $200 off the brand-new model — the one with the Retina True Tone display — that Apple released in July. Clip the on-page coupon for the full savings.

The Cheapskate proved himself prescient when he prognosticated that the Apple Watch Series 3 would hit another all-time low during Black Friday sales: It just dropped to $170 for the entry-level silver with white sport band model. Space gray and black models are still at the previous low of $190. That said, note that this model will drop to $129 at Walmart (and probably elsewhere) starting Nov. 27.

That’s it for now! Have you spotted any other great deals in Amazon’s super early sale? Share them in the comments.

Originally published earlier this month. Updated as new deals arrive and others expire.

Ahead of Black Friday, Amazon and Walmart set off a new battle over one-day shipping 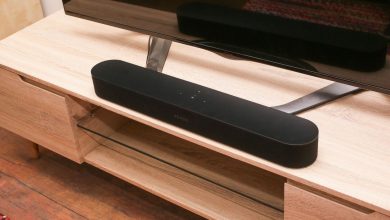 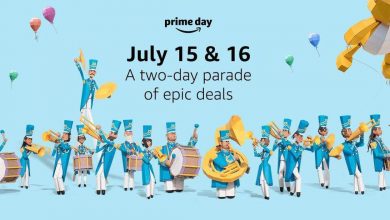 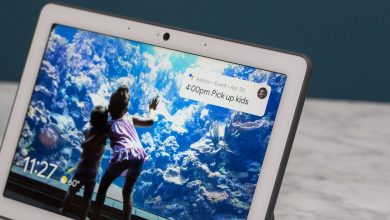 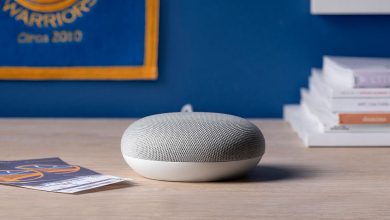