If you’ve been considering a phone upgrade, it’s time to make your mind up — some of the biggest discounts on mobile phones in 2019 end on Cyber Monday. For now, there’s still time to snatch up bargains on iPhones, Samsung Galaxy phones, Google Pixel phones and other Android. The discounts are varied — some of sales require going through a specific carrier, while others are available unlocked, and many of the discounts are given in the form of a gift card to be used in-store at Walmart, Best Buy and Target (helpful for future holiday shopping!).

If you’re thinking about changing carriers or adding a new line to your current service, most providers have offers in place where you can get a free new Samsung Galaxy or iPhone if you trade in your old phone year-round. At Best Buy, for instance, you can get up to $575 off an iPhone 11, 11 Pro or Pro Max. We’ve got more of the best upgrades and unlocked discounts, including from Amazon and Target, in our article below, so read on.

(As always, prices here are accurate at the time of publication but are subject to change.)

What are carrier installment plans?

Before we dive into the deals, it’s important to quickly clarify what exactly you’re signing up for with carrier installment plans. If you’re not buying unlocked, nearly all of these offers require you to upgrade on one of these plans, which means you’re agreeing to pay your carrier (AT&T or Verizon for the bulk of these deals) a monthly fee for your phone for 24 to 30 months depending on the plan. After that point, the phone is yours.

This is different than leasing programs like Sprint’s Flex, in which after a shorter period of 18 months, the carrier still owns the phone. After that period is done, you can either keep paying for six more months to own the phone, buy it out in one shot or return it and upgrade.

These agreements can help keep your phone’s total price low, but they also function as a way to keep you tied to the carrier. If you do want to switch, however, keep in mind that the remaining balance becomes due, often at the regular, nondiscounted monthly rate.

The good news is that most carriers have year-round deals to get you to switch, frequently offering to pay out your existing installment plan balance if it means you’ll leave your current carrier and join their network.

Best Buy’s iPhone 11 deal is great if you’re looking to upgrade from a recent phone like the iPhone X, XR or XS. The retailer is offering up to $575 off if you’re trading in one of those devices in good, working condition and buying an iPhone 11, 11 Pro or 11 Pro Max. You’ll need to be on AT&T, Verizon or Sprint and purchase the new device on your carrier’s installment plan, with the total discount varying based on the phone you’re trading in and the carrier you’re using.

When it comes to the carrier discount, Best Buy’s terms on this deal aren’t the clearest, but CNET has confirmed that the store is offering instant discounts of $150 for Sprint upgrades, $100 for Verizon and $50 for AT&T. Depending on the phone you’re trading in, that will get you to the $500 credit.

Older phones will get a discount, but it won’t be as substantial as a recent iPhone. Regardless, you’ll need to go into a physical Best Buy store to get the deal. The deal runs now through Cyber Monday.

Unlike other deals, the discount will not be given on a gift card. Instead, your monthly payment will go down to reflect the updated pricing.

Like with the iPhones, Best Buy has some aggressive offers for those looking to upgrade their Galaxy phones offering between $400 and $500 off on the latest Galaxy phones, so long as you upgrade on an AT&T, Verizon or Sprint installment plan. If you’re willing to trade in your older phone you could knock off another $250.

Unlike other deals, the discount will not be given on a gift card. Instead, your monthly payment will go down to reflect the updated pricing. The deal runs through the end of Cyber Monday.

Read our Galaxy Note 10 Plus review.

Like Best Buy, Walmart still has strong Galaxy deals, including offering a $450 virtual gift card with the purchase of a Galaxy S10, S10 Plus, S10 5G (on Verizon), Note 10 and Note 10 Plus on an AT&T, Sprint or Verizon installment plan.

Those looking for an S10E or Note 9 will get a $300 eGift card, whereas those heading into a store to trade in can get up $700 in gift cards depending on which phone you’re upgrading from.

The deal is live now online and runs until just before midnight PT (2:59 a.m. ET) on Tuesday Dec. 3.

Local stores will do something similar, but you’ll want to check the hours and stock before heading in. Verizon and AT&T users can upgrade online, but Sprint users will need to do the whole process in stores.

Don’t want to lock yourself into a monthly payment plan? Best Buy is knocking off $200 on the price of an unlocked Galaxy Note 10 or Note 10 Plus. While not as hefty a discount, the fact that you don’t need to trade-in or commit to a carrier is a perk.

If you’re looking for an unlocked Pixel 4, you can save $200 on the 4 or larger 4 XL at Amazon or Google’s Store. Both stores are selling the phones unlocked, which means it should work on all four major carriers. If you have an Amazon Prime credit card, however, you can save a little more, thanks to the 5% cash back that it offers.

If you’re thinking about getting a Galaxy S10 or Note 10, Samsung has some interesting deals. In addition to taking hundreds of dollars off the list price of the S10, S10 Plus, S10E, Note 10 Plus and Note 10 Plus 5G, Samsung is also bundling up to $500 in credit to additional purchases on Samsung.com if you buy a new phone on Cyber Monday.

Samsung’s phones are unlocked and those looking to save a little more can trade in their current phone. The $500 ($350 if you buy an S10E) credit can be used to buy anything from a second phone to a smartwatch, earbuds, tablets, cases or even a laptop. You cannot, however, buy a Samsung.com gift card or put the credit towards something like a TV or fridge.

The OnePlus 7 Pro was one of 2019’s most impressive phones when it launched earlier this year, and it will get even cheaper on Black Friday. OnePlus is taking $150 off of its unlocked 7 Pro. While not as powerful as the 7T, it still features a Qualcomm 855 processor, runs Android 10 and has 8GB of RAM with 256GB of storage. Available unlocked, the phone will work with AT&T, Verizon and T-Mobile’s 4G LTE networks.

Those looking to save little more can also trade in their phone to OnePlus. The deal is available now, and I hope you’re a fan of gray, because the other colors are already sold out.

Target is offering a $200 discount if you upgrade to a new iPhone 11, 11 Pro, 11 Pro Max, XS or XS Max. No trade-in is needed, but you do need to buy on your carrier’s payment plan. While not as hefty as the Best Buy or Walmart deals, those with Target RedCard credit card will be able to stack this with the 5% cash back that card offers for a little extra savings.

The deal runs until Sunday, Dec. 1.

Those looking to save more upfront on Samsung’s latest Note 10 Plus will find one of the best deals at Microsoft’s eBay store, where the 256GB Note 10 Plus is selling unlocked for $700. This is a $400 savings off the list price and $60 cheaper than Samsung’s own store, though you don’t get the extra $500 credit to spend on other Samsung gear.

No trade-in is required to get the discounted price.

This deal is expired.

Lil Bub, a cat beloved by the internet, dies at age 8 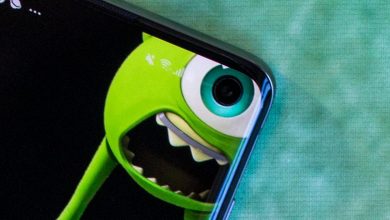 After Galaxy Fold fiasco, Note 10 may be the hero phone that Samsung needs 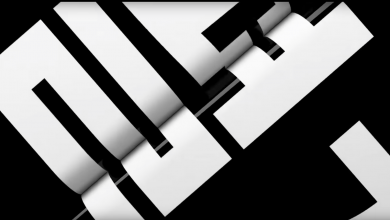 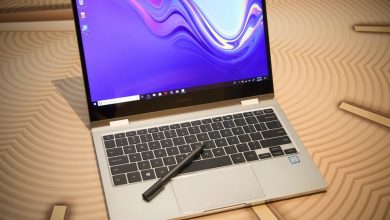