Buying stuff using your phone keeps growing in popularity, with this holiday season showing just how big those little screens have become for retailers.

On Cyber Monday, purchases via phones surged to $3.1 billion, helping make it the biggest online sales day in US history, reaching $9.4 billion, according to Adobe. That’s up from $7.9 billion last year. For the broader holiday season, phones are expected to account for 36% of total e-commerce sales, up from 30% last year, driving nearly half of the online sales growth this holiday and making the devices the “breakout star” of the season, said Adobe spokesman Kevin Fu.

Purchases using desktops remains the big leader in online buying, though mobile purchasing have been taking up a bigger chunk of sales over the past few years.

“When they write the history about this thing, 2019 will be the year of mobile,” said Jon Reily, vice president of retail and e-commerce at consultancy Publicis Sapient. He added that as phone-focused Generation Z shoppers grow up in the coming years, they are likely to push mobile purchasing even higher.

The fact that Cyber Monday reached a new record is no surprise. The day is consistently the biggest online sales day of each year and consistently breaks its own record each year. Adobe even predicted the $9.4 billion figure weeks ago.

But, the robust growth points to a positive holiday sales season for retail and the economy overall, which is benefiting from low unemployment and rising wages. It also highlights the years-long trend of consumers moving more of their shopping online and away from physical stores. Those stores should still take up the lion’s share of total holiday sales, but this online shift is expected to be a big benefit especially for Amazon, by far the biggest online seller in the country.

“We’re seeing a very strong digital holiday thus far. It was in large part because of the demand retailers were trying to drum up since early November,” said Rob Garf, Salesforce vice president of retail strategy and insights. That early work was necessary because there are six fewer days between Cyber Monday and Christmas than last year.

Amazon on Tuesday said Cyber Monday was again its biggest sales day ever by the number of items ordered worldwide. It said the most popular items purchased were the Echo Dot and Fire TV Stick 4K with Alexa Voice Remote. As is typical for Amazon, it didn’t offer specific sales figures.

As has become a common practice for Amazon’s biggest sales days, protesters marched in Manhattan against the company on Monday afternoon, this time outside Amazon CEO Jeff Bezos’ penthouse. They wanted to highlight on-the-job injuries at Amazon warehouses and the company’s work with immigration authorities and hundreds of local police departments. Another Monday protest was held outside Amazon’s San Bernardino distribution center. These protests followed a similar demonstration outside Amazon’s Staten Island warehouse last week.

Adobe reaffirmed its expectation that total holiday sales for US e-commerce in November and December will hit $143.7 billion, up 14.1% from last year. That figure was helped along by strong sales so far on Thanksgiving and Black Friday, with consumers spending more not only using their phones but also choosing the option to buy online then pickup in store.

Garf said retailers this year are also finding more ways to entice customers than just offering discounts, which has forced a race to the bottom for years. He said merchants are now rolling out flash sales, celebrity tie-ins and limited-edition products to try getting folks to buy.

Comparatively, the National Retail Federation has expected overall holiday spending in the US, which includes both online and stores, to grow between 3.8% and 4.2%, to a total of between $727.9 billion and $730.7 billion. RetailNext, which tracks in-store shopping activity, said physical retail sales from Thursday to Sunday were down 0.9% amid weaker foot traffic.

For later in the season, when shipping cutoff times become a bigger factor, Garf said physical stores will get a lot more attention from customers, as they take advantage of picking up their items in stores right up until Christmas Day.

Going beyond the holiday season, Reily expects retail sales to remain solid as long as the economy keeps chugging along.

“If consumer confidence stays where it is and wages stay up, then things will continue where they are,” he said. “People are still buying things and the economy is running strong.” 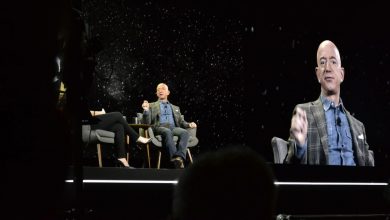 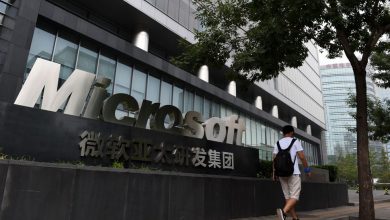 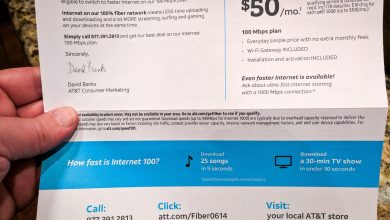 Best internet providers in 2019: How to choose cable vs. DSL vs. satellite and more