The smart home category received a lot of scrutiny this year, rightly, for the data gathering practices of its many players, with Amazon and Google at the front of the line. Good. All the microphones, cameras and inscrutable algorithms and privacy policies that come with their hardware and that of other manufacturers deserves a hard look. It’s for that reason that I recommend you ask yourself whether your intended recipient will really embrace any of the smart home products below if you give them as a gift this holiday season.

That said, there is a lot to like about the quality-of-life features that Amazon and Google have added to their smart speakers and smart displays this year. We also appreciate the lower-cost security systems, smart cameras and other connected home products from companies such as Wyze and TP-Link. Their products work well enough to recommend them among our picks of the best smart home gifts, and the gadgets have affordable prices that make them comparatively accessible.

The LED clock built into Amazon’s newest smart speaker might seem like an incremental update, but we like it quite a bit. It adds some at-a-glance convenience for two of the most common queries to Alexa, the time and the temperature, which you can also have it display.

This version of the Echo Dot device is otherwise identical to the third-generation Echo Dot that Amazon released last year. You’ll pay a $10 premium for the model with the clock function, although keep your eyes peeled for deals from Amazon during the holidays, as the Echo Dot is often discounted or bundled with other smart home gadgets at a compelling price.

Where Amazon took a very upfront approach to the upgrade behind its new entry-level smart speaker, the improvements to Google’s 2019 update are less obvious.

Perhaps the most obvious is the rebranding. Google has moved all of its smart home devices under the Nest branding umbrella, so where last year’s version of this product was called the Google Home Mini, it’s now the Google Nest Mini.

This year’s model brings improved audio quality, as well as some tweaks to its external interface. The big change there is a presence-detection system that can tell when you’re standing near the speaker, at which point it will illuminate the touch interface on top of it so you can better see the volume controls.

Those who are especially concerned with privacy, or who live with spotty internet, might also appreciate the onboard machine learning chip that will gradually recognize the spoken commands you give to Google Assistant, and then process them locally, rather than sending them out over Google’s servers.

Like the Nest Mini, Google’s smart display received some new nomenclature this year. The difference in this case is the hardware is the same. The Google Nest Hub is identical to the Google Home Hub that debuted in October 2018.

Regardless of its name, we liked this Google Assistant-based smart display last year, and we still like it today. It does a great job of integrating the display with the core features of Google Assistant, overall making it a useful household organizer. Unlike most other displays, this one doesn’t have a camera built-in for video chatting or anything else. Some people might consider that a plus.

The Nest Hub can display images from your Google Photos library and by automatically adjusting the brightness with the ambient light levels, those family selfies and vacation photos always look good on the screen. You can use the Nest Hub to show your feed from any Google Assistant-compatible security cameras, and a logically defined on-screen interface also make it easy to control other smart home devices like lights and or a smart thermostat.

Crucially, it can also play YouTube videos. Combine that feature with the way Google Assistant can track down and walk you through recipes from a variety of cooking sites, and the Nest Hub is especially useful as a kitchen assistant.

Amazon didn’t follow Google’s path with the Echo Show 5 smart display. Where Google countered the original camera-equipped Echo Show from 2017 (and the 2018 follow-up) by leaving the camera off the Google Nest Hub, Amazon’s smaller Echo Show 5 still gives you the ability to conduct video chats with other Amazon smart display owners.

By taking the Echo Show 5 down to a five inch screen from the 10-inch original, Amazon has also tailored its new smart display to work as a bedside alarm clock. If the idea of an Amazon-connected camera creeps you out, know that I am with you. This isn’t even Amazon’s first attempt at such a thing. Unlike the ill-fated Echo Spot, at least the Echo Show 5 includes a low tech physical shutter that obscures the lens.

Your giftee can of course put the Echo Show 5 wherever they want, but it’s really well suited in the bedroom where the screen has a sunrise alarm feature that autoadjusts the screen brightness to help ease you into your morning. For the right person, especially if that person is already a steady Alexa user, the Echo Show 5 is a nice complementary device. We like the Nest Hub better overall though, so if you must give a smart display and your intended recipient hasn’t already latched onto a voice assistant, go with the Google model.

We recommended the Wyze Cam in our gift guide last year on the fact that it’s a surprisingly competent smart security camera that only cost $20. The $30 Wyze Cam Pan goes one better with a base that supports panning and tilting.

We also like the Wyze Cam because it works with Wyze Sense, the company’s $20 home security kit. It’s not a whole-home setup like you’ll get from SimpliSafe, but for a dorm, a renter, or someone else who might just want a very basic security system, the Wyze Cam and Wyze Sense work together at a remarkably affordable price and would make a perfect gift.

Read our coverage of Wyze Sense.

You’ll find the Arlo Pro 3, Arlo’s latest, on the higher-end of the smart camera price range, but it remains the most versatile camera on the market. $499 will get you two cameras and a base station.

Arlo’s versatility comes from the fact that you can put it up anywhere, indoors or outside, and with or without a wired power source. It comes with a power cable, but its included battery has a battery life of up to six months of average use.

The new model features a wider viewing angle than the Pro 2, covering up to 160 degrees of your property, up from 130 degrees.

Read our coverage of the Arlo Pro 3.

Amazon’s Ring has been the source of much controversy this year given its Big Brother-tinged efforts to put footage from its Ring video doorbell and outdoor security cameras into the hands of law enforcement, and without sufficient input from owners of the video doorbell or those caught on camera.

While the Ring video doorbell is a prime example in the law-and-order versus personal privacy debate, Ring’s new outdoor lighting products are less fraught since they lack cameras.

The Ring Pathlight is our favorite in Ring’s outdoor lighting line, and it could be a great fit for someone who could benefit from more illumination in their front yard. $80 will get you a set of two lights and a bridge to put them on your wireless network so you can receive notifications and sync the lights with other Ring smart devices. The wireless design will let you install them anywhere, and motion detection ensures they turn on when you need them to.

The Wyze Bulb is an aggressively low-cost LED smart bulb that provides excellent lighting quality. At $12 apiece, with shipping, it costs $2 less to buy it than a similar, smart, white light LED from Philips (Philips Hue White), with brightness and color accuracy that will satisfy anyone. Wyze doesn’t have the vast assortment of companion lighting products that Philips offers, so you might consider that if you think your giftee will want to expand their smart home technology later. For basic smart lighting though, this is our pick in 2019.

The name is a bit cumbersome, but the C by GE brand of smart light bulbs are a great accessory for any Google Assistant speaker or smart display owner. These color-changing LED bulbs will talk directly to those hubs over Bluetooth, no hub needed. Philips Hue bulbs can do the same, but the advantage for the C by GE bulbs is that they carry a special Made for Google designation. That makes them the most responsive light bulbs we’ve tested using voice commands.

At $22 apiece, these color-changing bulbs are indeed an expensive novelty. You can find a white light-only version for $12.50 apiece (or $25 for a two-pack). Both are also more affordable than their Philips Hue counterparts.

I recommended the TP-Link Kasa Smart Wi-Fi Plug Mini last year and I’ll do it again now. For just over $20, you get an Alexa and Google Assistant-compatible smart plug that’s small enough that it won’t block an adjacent power socket. It’s a great gift and an affordable option for anyone interested in scheduling, voice control and remote access for everyday gadgets.

You’ll find other low-cost smart plugs with similar specs out there. An easy-to-use app gives TP-Link the nod.

6 Amazon Prime benefits you need to use for holiday shopping 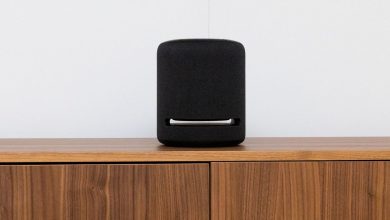 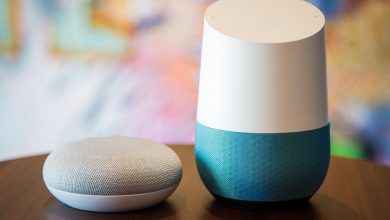 Google is listening: Here’s how to delete your voice recordings 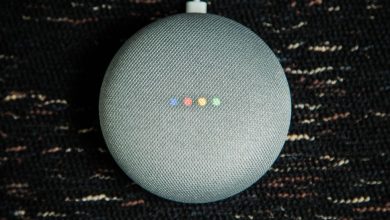 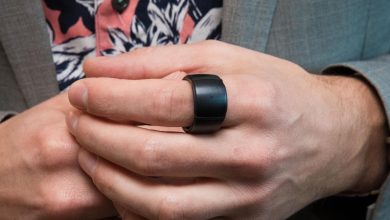