It can be hard for even the most thoughtful gift to wow a kid, and that can make holiday gift giving even more stressful. Today’s 10-year-olds have different expectations for their entertainment — they don’t know a world before a phone with a built-in camera, wireless earbuds, or a smart device that drains battery life in minutes. So toymakers often throw in fun tech tricks to bring new magic to their imaginative electronic toys. Every year, for the holiday season, I hunt for gadgets that incorporate tech in clever ways to put a fun, refreshing twist on playtime. And the tech doesn’t have to be complicated to make it one of the hottest toys offering hours of fun. Here are this year’s best tech toys and gadgets for kids.

Coolest toys of 2019 with high-tech tricks

Mattel has blended the world of mobile games and real-world Hot Wheels stunt tracks in a smart, addictive way with Hot Wheels ID. These fun, new cars look like the original, but they have an NFC chip inside that keeps track of race stats when used with a special Race Portal piece. Keep a phone or tablet (iOS or Android) next to your race track to log in a car while you play, complete challenges, record how many tricks and laps it completes, and measure a car’s speed (calculated relative to it’s 1/64th scale size). The best way to play is with the full Smart Track Kit, with 25 possible configurations, including jump and loop tricks. You have to pump the launcher with your hand — and it takes some finesse to keep cars from flying off the track as they’re charging around turns, which makes for a perfect challenge. (The portal piece also connects to your standard non-smart tracks if you want.)

The game on the mobile app, which runs on both Apple and Android devices, is seriously detailed — and far from easy — as you try to unlock features and missions. Mattel did a great job gamifying the track, and I was hooked trying to complete the race challenges, changing the track design for different levels. When you’re away from the toy kit, you could just play a race game inside the app. But after a few races it makes you “refuel” — meaning you need to go back to the actual toy to unlock features. This is Mattel’s new approach to the connected toy: That’s a detailed app game, that requires you to get creative with your real track set. It’s a great gift that may just inspire how other companies find a perfect balance between digital and physical play.

Air Hogs has plenty of remote control vehicles that offer hours of fun play. Some roll, some fly, some float — but this year’s coolest wireless stunt vehicle defies gravity by racing on walls and ceilings. Made by Spin Master, the Zero Gravity plastic car weighs practically nothing, and uses a fan on the underbelly to create suction that keeps the car on the wall. (Kids need to be careful that long hair doesn’t get sucked into the fan when suction is turned on.)

You “drive” it with a wireless laser light gun. Point the light on the wall, and the car will use IR sensors to chase the light wherever you point it.

The cool wall-crawling action only works on a smooth surface, otherwise the suction is broken (so it won’t work on something like bathroom tile or a popcorn ceiling). Turn the suction off and switch it to ground mode to zip around hard floors. Comes with a USB charger for charging the car, and the wireless laser gun requires three AAA batteries. In my tests the car wasn’t strong enough to knock down hanging pictures, it didn’t mark up the walls, and it survived many high falls — so it shouldn’t drive parents up a wall.

Every year Hasbro’s FurReal line comes out with cuddly wireless robotic critters, but Cubby is the first that can actually put your toddler to bed. By day, this expressive bear cub has lifelike animations that make you think he escaped a Disney attraction: blinking eyes, twitching ears and snout, arms that play peak-a-boo. There are more than 100 sound and motion combinations as he chats with baby bear sounds, reacting to sound and to touch sensors on his head, mouth and belly. Flip a switch to nighttime mode, he starts to yawn and get sleepy, playing white noise or soft lullaby music. After a few minutes it auto shuts off and stays off as kids sleep soundly for hours. No need to deal with charging cables as Cubby uses four C batteries.

Not only is this crazy charming and snuggly, but this bear actually works. My three-year-old doesn’t fight bedtime if she has one of these gadgets next to her playing the instrumental “Twinkle Twinkle” song. What sold me wasn’t just the miracle that he got her to take easy mid-day naps on her own — it’s that the robot can handle being dragged, yanked and thrown around during my kid’s imaginative play with him. A snuggly animated sleep buddy that can survive rough toddler play? That’s a bear necessity in any parent’s life.

The Star Wars team dreamed up a portable droid cuter than BB-8, and Hasbro found a way to bring it to life with a self-balancing wheel. This new character from the movie “Star Wars: The Rise of Skywalker” is said in the film to be created from spare parts and follows BB-8 like an excited puppy dog. Be sure to freak out your dog by bringing one of these smart little wireless Bluetooth-connected gadgets home.

Use an app to drive the device around and make him “talk” with emotive sound, like beeps and boops. Have D-O chase a little ball around, or guard a bedroom from intruders that pass the motion camera. One of his cool app games makes owners guess what emotion D-O is trying to act out. Animated LED lights for eyes and antennas that twitch on his head make him seem like the real deal. The hard part in designing a self-balancing unicycle is getting it to turn without falling over, and the little device actually pulls it off (as long as you’re on a hard surface). The best part is that he’s sturdy enough to not break when young Resistance recruits crash him into walls.

This little friend will bring you hours of enjoyment, and it’s the next best thing to artificial intelligence. If he needs a recharge, he’ll tell you in his eyes, which also serve as battery-life meters.

Learn more about D-O and other new Star Wars toys.

There’s no stopping Baby Shark mania. The children’s song made by Korean entertainment group Pinkfong and its brightly-colored cartoon video became a viral hit on YouTube, and has grown to be an anthem for toddlers around the world.

The cultural phenomena has spun off many Baby Shark gadgets this year, but only one is worth your attention: A waterproof plastic Baby Shark (or Mommy Shark or Daddy Shark) that swims in water and sings the song. Made by Zuru (a company behind many robotic waterproof toys), it has water-activated carbon sensors that will start flapping fins and playing the repetitive chomp-tastic sound as soon as the toy touches water. It’s high tech, but without an app involved, it seems almost quaint.

Why am I picking a waterproof bath toy on my list? Why won’t I just let the earworm die? Because YouTube-inspired toys are hot this year, it’s using tech to make bathtime fun and easy, and kids love it so. Do I think it’s the perfect gift for parents, too? Yes I do do do do do dooo.

Mattel reinvented the classic quick-draw game by having you draw doodles in the air with augmented reality — the term used when you blend digital special effects with the real world. A wireless light-up smart device has you sketching in the virtual space around you while others look at a screen to guess your drawing.

The twist? You can’t see your sketch. It’s only visible to the audience, as they point a phone or tablet at you to see what you’ve drawn and guess the clue. And without paper, you’ll want to act out your drawing to get the point across. Don’t just draw a corn on the cob. Draw it in front of your face and pretend to eat it.

How is it “drawing” in the air? The free app is using your camera and image recognition to record the path of the wireless light-up pen, creating lines that appear on the screen. No internet connection needed to play. No syncing anything. Pick it up and play anywhere with compatible Apple or Android devices. And the best way to play this portable game is to cast the phone or tablet screen to the television, so the team guessing doesn’t have to crowd around the app on one phone. The wand uses one AA battery — included!

Sometimes it takes new tech to revive old tech. Retro gaming is having its moment, with many different remakes of home consoles popping up on holiday wish lists. Arcade1Up is standing out in the trend by offering remakes of classic arcade cabinets at 3/4 the scale of the original, with titles that are hard to find on home consoles.

This year the company improved quality of materials in the machines, all of which weigh about 60 lbs and can be put together by one person with a Phillips screwdriver (make sure to follow step-by-step instructions). And if the four-player Ninja Turtles game from the ’80s doesn’t make you cry “Cowabunga!,” Arcade1Up makes many other titles and cabinet designs, including the Atari version of all three original trilogy Star Wars games and Mortal Kombat from 1992. These games aren’t easy, but they are enjoyable. And no, it’s not quite a Kindle Paperwhite, but it’s fun in a different way. Plus, video games help build problem-solving skills, right?

No matter the era you grew up in, they have a cool machine that hits a sweet spot for your perfect childhood memories spending hours slinging quarters– and it makes for a neat home decor statement piece. Plus, it’s nice to have a toy without a battery that needs charging!

Netflix's The Irishman streamed by 26.4 million in first week 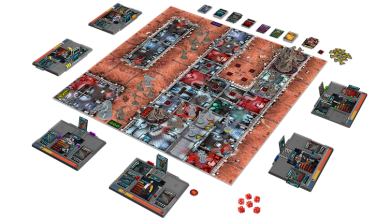 Best board games for tabletop in 2019 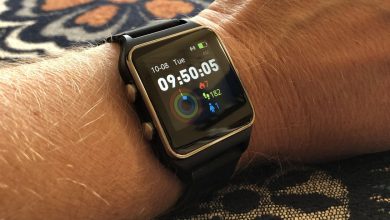 Just $36, this waterproof smartwatch has built-in GPS and a 7-day battery 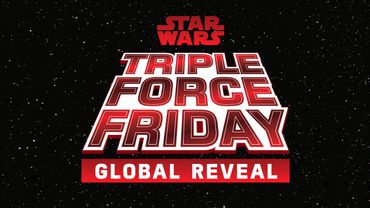 So many Star Wars toys coming on Force Friday: How to see them early 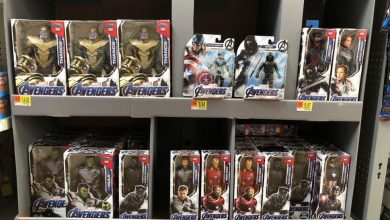