Thanks to the arrival of Wi-Fi 6 and its promise of faster, more efficient Wi-Fi performance, it’s been an interesting year for wireless networking and Wi-Fi technology. The advent of new, second-gen mesh network options is another interesting development worth watching, particularly since many of them are significantly less expensive than the systems that preceded them.

That’s given us a nice, long list of new Wi-Fi router models to test out. We’re still working through that list and probably will be on through the new year — but we’ve already found plenty of great picks that are easy to recommend. Whether you’re interested in mesh systems, gaming routers, Wi-Fi 6 routers — or if you just want something decent that won’t break the bank — we’re here to point you in the right direction.

Expect regular updates to this post as we continue our tests on multiple devices. When we find a Wi-Fi router that merits strong consideration, we’ll add it to this list with links back to our most recent test data.

Wi-Fi 6 is the latest, fastest version of Wi-Fi, and it’s just starting to roll out this year. And, if you want, you can upgrade to a Wi-Fi 6 router right now to get faster, more efficient Wi-Fi performance from connected devices that support the new standard, like the iPhone 11 or the Samsung Galaxy S10. Wi-Fi 6 is backward compatible, so your older devices will still be able to connect, too — but your new wireless router won’t do anything to speed them up.

All of which is to say that it’s probably still too early for most of us to get a new Wi-Fi 6 router (and don’t forget that you’ll need a really, really fast internet connection in order to notice the difference in the first place).

That said, if you’re looking to make the upgrade now, or if you need a new wireless router and you want something future-proofed for the next generation of devices, then go for the TP-Link Archer AX6000. It pretty much aced our performance tests, delivering the fastest top transfer speeds we’ve ever recorded, plus excellent range and low latency. It’s usually priced at $350, but as the time this was published, you can find it on Amazon for $270 — still expensive, but not unreasonable for the best Wi-Fi 6 router we’ve tested yet.

If you need a new wireless router that feels like an upgrade — but you don’t want to spend hundreds on it — then make sure the D-Link DIR-867 is on your list. It impressed us with steady Wi-Fi speeds and decent features for the price when we first tested it out in 2018. After that, it held its own against top-of-the-line gaming routers when we tested it again earlier this fall.

In fact, of all the routers we tested, the DIR-867 clocked the fastest average download speeds on the 2.4 GHz band in both our top-speed tests and our real-world speed tests. This Wi-Fi router also held its own on the 5 GHz band, beating out several routers that cost significantly more. It wasn’t the best performer at range, so it’s probably best suited for small homes. But at $85, it delivers an awful lot of performance and is the best WiFi router for your money.

With fast speeds, simple setup and helpful, easy-to-use app controls, Google Wifi was our top mesh router pick for the past three years. Its second-gen follow-up, Nest Wifi, is faster, more affordable and just as easy to set up and use. Plus, the range-extending Points double as Google Assistant smart speakers now. That, coupled with a new design that comes in multiple colors, is aimed at getting you to keep these things out in the open, where they’ll perform better.

It doesn’t support Wi-Fi 6 (and those Wi-Fi extenders to boost the range of your Wi-Fi signal don’t have Ethernet jacks, which means you can’t wire them back to the Wi-Fi router), but Nest Wifi does add in a couple of nice, current-gen upgrades, including support for new WPA3 security standards and also 4X4 MU-MIMO connections, which means that it can provide faster top speeds to devices that use multiple Wi-Fi antennas. At $269 for a two-device setup capable of covering up to 3,800 square feet (a claim that checked out when we tested it in both a small home and the 5,800 square foot CNET Smart Home), the dual band Nest Wifi is the most well-rounded mesh router on the market right now, and the first one I’d recommend.

It isn’t as fully featured as systems like Nest Wifi, and the app controls you’ll use to set everything up aren’t nearly as slick — but aside from that, the new, budget-friendly Netgear Orbi system stands out as a clear value pick in the mesh category. At just $150 for a two-device setup with the Wi-Fi router and a single range WiFi extender, it’s about as inexpensive as a mesh network gets, and it kept up with both Nest and Eero in our speed tests.

In fact, of those three systems, Netgear Orbi clocked in with the fastest average top speed at close range — and when we put that range to the test at the CNET Smart Home, it edged those two Wi-Fi systems out once again. I even like the new design, with clever contours on top that vent out heat in style.

Gaming routers promise high performance and low latency for die-hard gamers, and it isn’t uncommon to find them selling for $200 or even $300. At about $150, the Asus RT-AC86U dual-band router isn’t inexpensive either, but it’s a strong value relative to routers like those — and this wireless router offers excellent performance, too.

Specifically, the RT-AC86U dual-band router registered the fastest average top speeds on the 5 GHz band of any Wi-Fi 5 router we tested. It was also the best gaming router in our latency tests, with lower average ping across dozens of speed tests than any other router we looked at. That includes fancier gaming routers that cost more and even a couple of Wi-Fi 6 models. Meanwhile, you’ll control the wireless router using a terrific, full-featured app that offers lots of advanced network controls, including parental controls for your Wi-Fi network, and options for device prioritization.

That checks off all of the boxes that most people want from a good gaming router and a dual-band router, and it gets you there at a price that isn’t too painful for us to recommend.

Originally published in 2019 and updated regularly.

Deadpool 3 is in the works at Marvel Studios

The best cordless vacuums for 2020 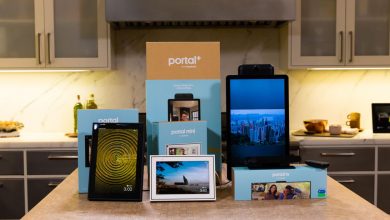 Amazon Echo can tell you your Fitbit stats. Here’s how 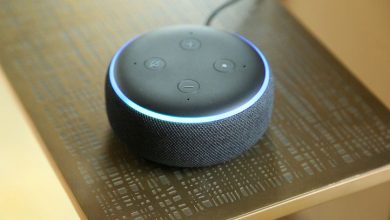 Make your home smart for $110 this Black Friday 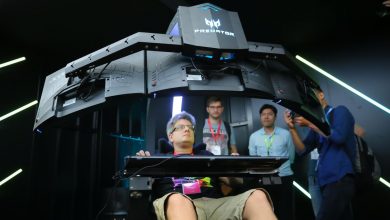